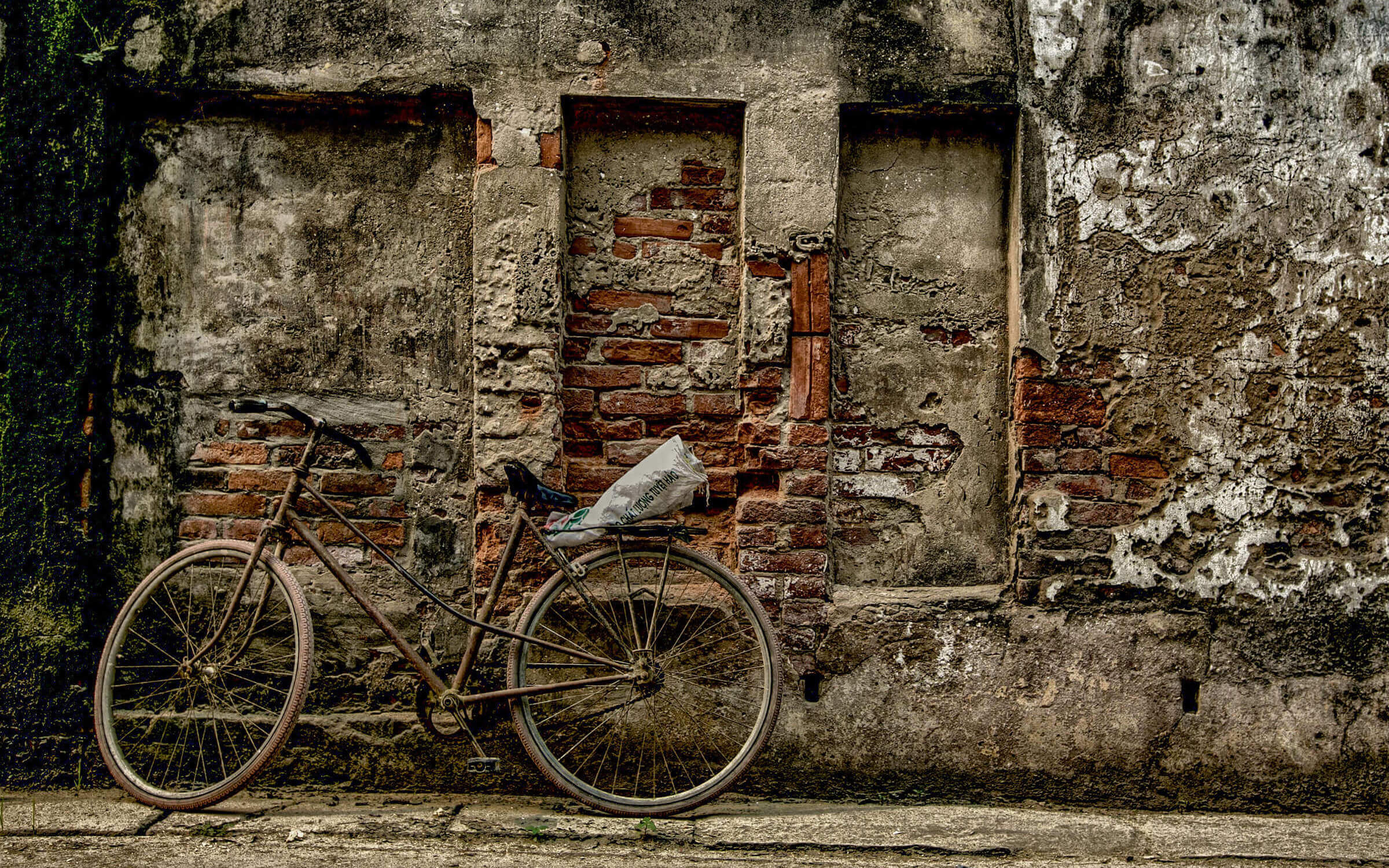 Experts + Insiders | Around The World | By Charmaine Pang

Here at Butterfield & Robinson, we’re no strangers to the pleasures of life on two wheels; we know there’s simply no better way to see the world. We have German inventor Karl Drais to thank for his Laufmaschine (German for ‘running machine’), conceived two centuries ago in response to the largest volcanic eruption in history. (Yes, you read that right).

Talk about the butterfly effect: the seismic event at Mount Tambora, Indonesia in 1815 set off a chain of global crop failure and unprecedented famine.

The resulting scarcity of food meant that millions of horses–the typical means of getting from A to B—starved to death, making the need for a people-powered form of transport inevitable.

Also known as the draisine, this early prototype was essentially a riderless horse with steering and wheels, but no pedals—a rider would use their feet to propel themselves.

In subsequent years, other inventors added their own touches, which evolved into the modern bicycle we know and love. The two-wheel craze continued in 1858 with the addition of pedals and brakes. In 1869, Englishmen William Hillman and James Starley brought the penny-farthing into the market. (Proof that we really, really love biking: our old logo, circa 1980, featured this distinctive bicycle; we even have a working model in our office!)

As a salute to the bicycle’s 200th anniversary, we’ve gathered a few of our favourite routes to explore the world.

Contemplate the bicycle’s German heritage on the Danube River Cruise Biking tour, as you make your way from Munich and ending in spectacular Budapest. Marvel along the way at medieval jewel-box towns, remnants of castles, and (this is a B&R trip, after all) the region’s vineyards. Crisscross your way along Europe’s longest dedicated bike path during the day and spend opulent evenings aboard the luxurious S.S. Maria Theresa.

Paradise on earth for oenophiles and our spiritual home, France’s Burgundy region is where we first fell in love with biking and the good life. Nothing short of heavenly, our Burgundy Biking trip is the perfect occasion to taste the finest Crus in the world and ride through the world’s most renowned terroir, stopping to sip and savour all the way through.

One foot at a time, cycle through a patchwork of rice paddies, the occasional water buffalo and friendly villagers on a Vietnam Biking trip. Our deep roots in this enchanting country mean you’ll get to meet all of our good friends along the way—smiles all around.