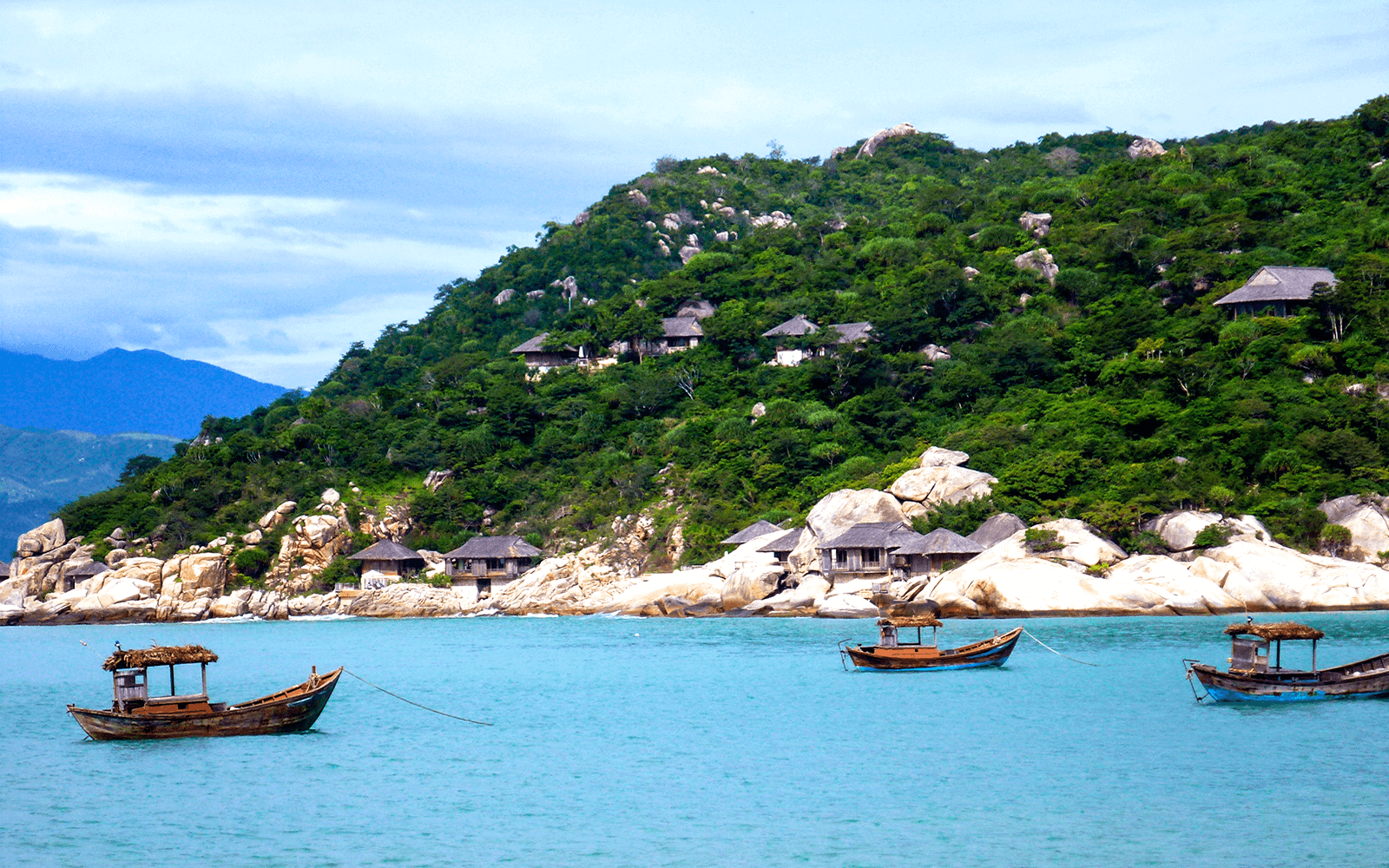 Ask an Expert: Weather in Vietnam, Cambodia and Laos

Vietnam is a big country. Well, more accurately, it’s long and narrow; the distance from Saigon to Hanoi is around 1,200 kilometres (750 miles). That’s comparable to the distance between Orlando and New York City, or Los Angeles to Portland. As you might imagine, this means there’s never one perfect time of year to see it all.

Here’s my quick guide on what to expect, weather-wise for each region of Vietnam, as well as neighbouring Cambodia and Laos, including links to view the average temperatures and rainfall for the year and my recommended B&R trip to experience the best of the area.

The coastal destination of Nha Trang in the southern part of central Vietnam remains hot all summer, and the rainy season is during September and October. You’ll find pleasant weather from November all the way through April or May.
Best trip: Vietnam Walking

Along Vietnam’s central coast, comprising Hoi An, Da Nang, and Hue, it gets rainy and wet for the whole fall season, but it dries up around December-January and stays that way until June or July. It gets very hot by the end of April, but if you stay at coastal beach hotels, the temperature feels more manageable. Best trip: Vietnam Biking

Here in the north, where you’ll find Hanoi, Halong Bay, and Ninh Binh, the best time of year is in October and November. By the time December rolls around, fog and drizzle set in and it stays quite dreary until March, when it clears up. March and April is when more hospitable weather returns; in the summer months, it’s quite hot, humid and muggy.
Best trip: Northern Vietnam & Laos Biking

Cambodia is similar to Saigon in that the temperature doesn’t change so much throughout the year. That said, you’ll find more consistent thunderstorms in the afternoon; one can almost guarantee afternoon rain from April through November.  This isn’t necessarily a bad thing, as Siem Reap can feel pretty dusty and hot by the end of March. The much-needed showers add gorgeous green to the atmosphere and even freshens up the air temperature for a couple hours before the next day clouds overdevelop and shower again.
Best trip: Cambodia Biking

The residents of Luang Prabang prepare for rain to start falling in mid-April. If you’re lucky enough to be there in April, don’t miss Songkran, a water festival to celebrate the Lao New Year and the imminent arrival of rain. The whole town, travellers included, participates in a massive three-day water fight. With your phone in a Ziploc bag and Super Soaker water gun in hand, it’s great fun! The fall in Luang Prabang is ideal for travel. In the winter months, the town can get a bit foggy and cooler in the mornings, but still great for biking. By the time March and April roll around, it gets hot, humid, and muggy.
Best trip: Laos Biking