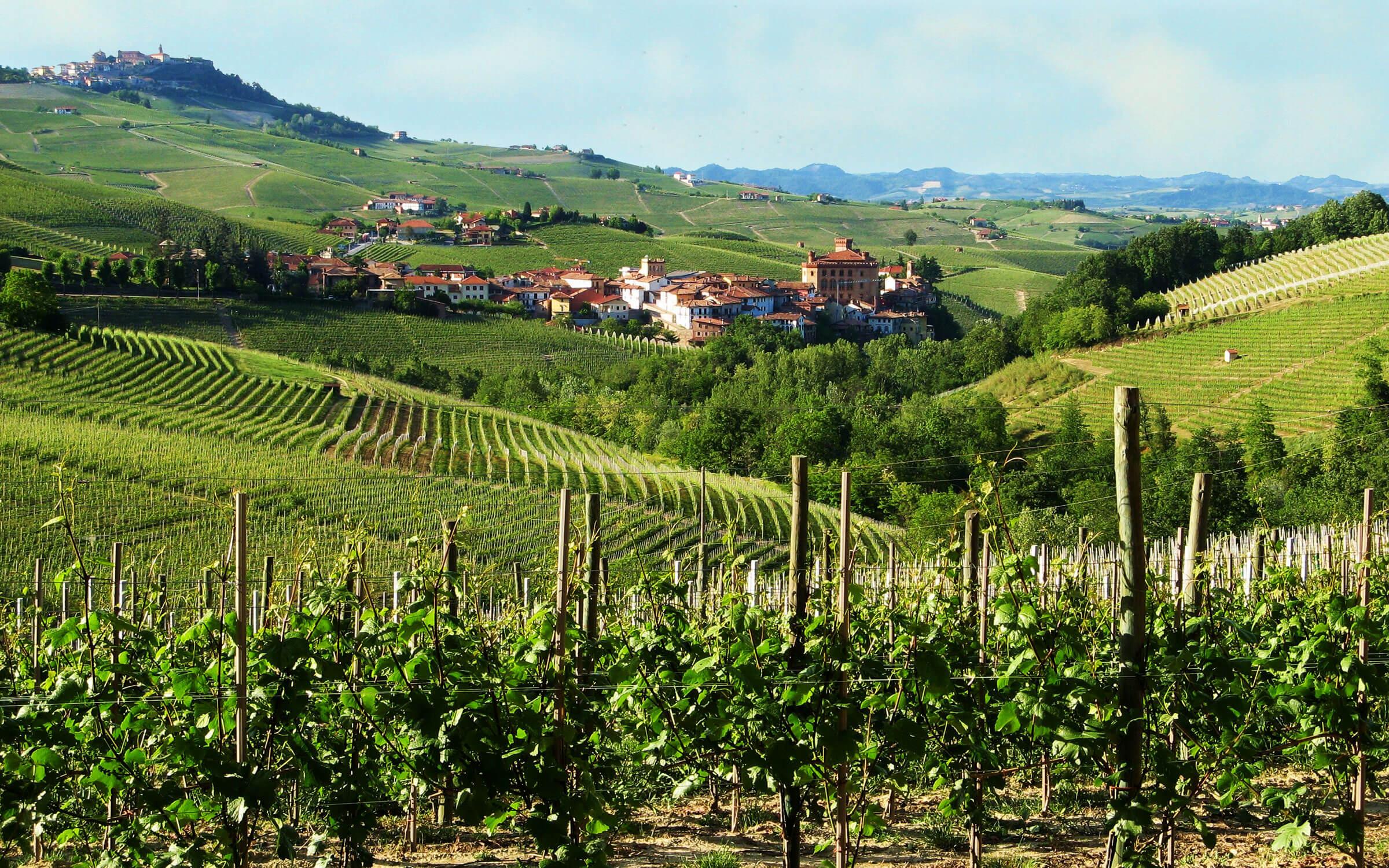 Barolo: The King of Wines

“The King of Wines and the Wine of Kings” isn’t just a brilliant 18th-century marketing tagline. Italy’s first (and last) kings, the Savoys, really did love Barolo.

Located just three kilometres from its cousin the Barbaresco zone, the below-listed towns of Barolo have collectively contributed to Piemonte’s reputation as one of the finest producers of Italian wines.

Pictured above, the zone’s namesake sits unusually low for an ancient town. Its name derives from the Celtic bas reul, meaning “low place.” Although wine has been produced the area since at least Roman times, it was the mid-19th-century initiative of the last Marchessa of Barolo, Giulia Colbert Falletti di Maulévrier, that gave Barolo wine its international reputation. The Marchessa was born in France, and realizing the nebbiolo grape’s potential, she imported Burgundian wine consultants to improve the crop. She shipped off about 350 casks to the Savoy court with the aim of promoting both Barolo wine and its reputation. Her former home, the impressive Castello Falletti, today houses a regional enoteca, and a corkscrew museum.

This little town produces about 10 per cent of all Barolo wine, and was the birthplace of the first Barolo cooperative in 1958, now “Terre del Barolo.” Its tall-towered castle, built on 11th-century foundations, belonged to the Marquis of Saluzzo before being purchased by the Falletti family, who enlarged it in the 19th century. It now belongs to the Count Vassallo of Dogliani, and is closed to the public. (How’s this for an endorsement: Julius Caesar drank Barolo wine from La Morra and liked it enough to mention it in his memoirs.)

The village of Annunziata is located in the centre of the Barolo production area. Renato Ratti (the first to map the area that produces Barolo wine) built a wine museum in the village abbey, documenting the region’s century-long history of winemaking. The museum is open by appointment only. The iconic cedro, a Lebanon cedar topping Annunziata’s hill, was planted in 1856 by the Falletti family.

Novae Villae was founded in Roman times by Alba nobles looking for a site to build their villas. Today, an ancient castle occupies the centre of this little town overlooking the Tanaro river valley, along with the Baroque Church of San Michele Arcangelo. Novello is also home to the famed winemaker Elvio Cogno.

Julius Caesar drank Barolo wine from La Morra and liked it enough to mention it in his memoirs. The vineyards surrounding La Morra are among the area’s best, and today account for about a quarter of the region’s total wine production. The name La Morra likely derives from murra, or walled-in space. La Morra boasts a medieval layout and a 17th-century Baroque church, San Martin, named for the patron saint of vintners. From the belvedere of the church one can enjoy beautiful views of the surrounding vineyards. Notice the colourful chapel on the Brunate ridge. It used to be repainted every year by American artist Sol LeWitt, in exchange for some of Cerretto’s finest wines.