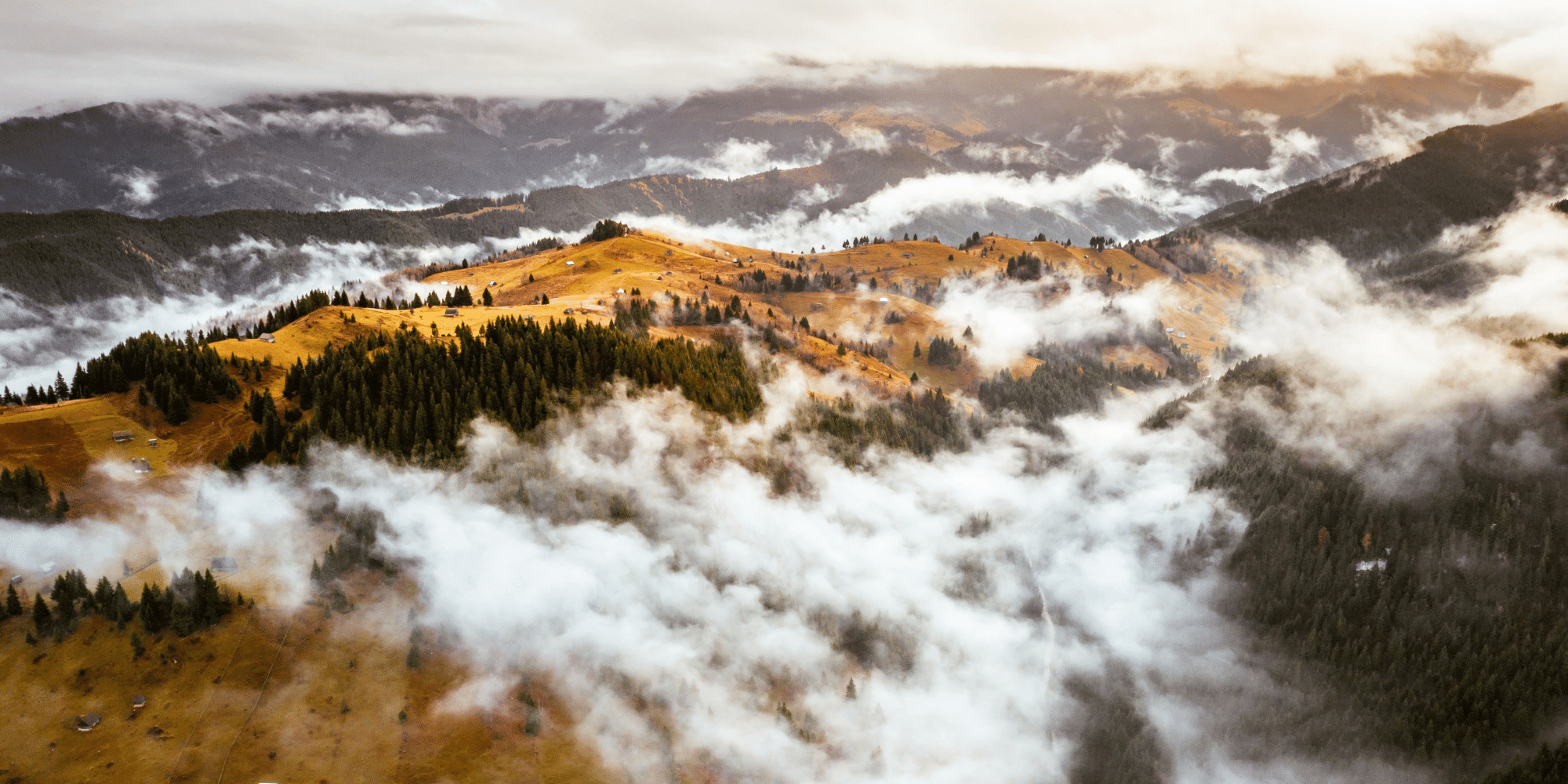 Discover the Unexpected in Romania 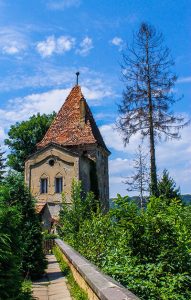 One of those unspoiled destinations a little bit off the beaten (bike) path, Romania flies under the radar, but serves up unexpected surprises and delights along the way. Filled with unvarnished charm, venture further east for a visit that will take you deep into the heart of rural tradition, where it’s uncommon not to see people riding around in wooden horse-drawn carts, and working the fields manually as their forebears once did, a trip to Romania is almost like opening a magic curtain to another time.

Grand, wonderfully preserved medieval fortress towns open up before you, many of them UNESCO-protected. A fascinating blend of various cultures and traditions from the more recent Communist era to the Saxon strongholds of southern Transylvania, here’s a look at some of the major cities and key places in the country, starting with the nation’s capital, with some unlikely influences underpinning every place you roam.

Bucuresti is the largest city between Berlin and Athens, but thanks to communist rule and the former dictatorship of Nicolae Ceausescu, it is not regarded as highly as other European capitals when it comes to its aesthetics. Founded by the princes of Wallachia and dominated by their Turkish overlords, Bucharest truly came into its own with Romanian independence in the late 19th century, when it was remodelled by French (and French-trained) architects.

The city was dubbed the “Paris of the East,” as much for its hectic and cosmopolitan social scene as for its architecture. The architecture of the old city, with its cosmopolitan air, was notoriously scarred by Ceausescu’s redevelopment project, which demolished an immense swath of the historic centre and replaced it with a concrete jungle befitting an absolute leader, the Centru Civic, including a huge new palace for the Communist leader, now known as the Palace of Parliament.

And we do mean huge: it stands 84 metres (276 feet) tall, has the distinction of being the heaviest building in the world, and covers an area of 365,000 square metres (3.9 million square feet). The palace has become one of the city’s prime tourist sites and is so large that it houses three museums, a conference centre, and two branches of Romanian Parliament, yet is still 70% empty! 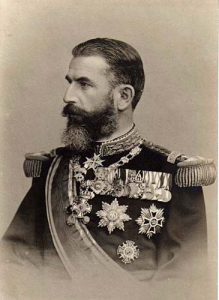 In the heart of Romania lies Transylvania, “the land between the forests,” with a natural border on its eastern and southern sides created by the Carpathian Mountains. Once the seat of the Kingdom of Dacia (which lasted from 82 BCE to 106 CE), then conquered by the Roman Empire from 106 BCE through 271 CE, most modern-day Romanians are descendants of these two kingdoms. Transylvania also became part of the Austro-Hungarian empire by the 11th c., until nationalism and unification came in the 19th c. with King Carol I, the Germanic ruler of the new kingdom.

One of the longest-lasting pieces of history and cultural heritage is the nearly 900-year history of the Saxons in southern Transylvania. Coming from the Rhine and Moselle regions of Northern Europe, mostly from the German state of Saxony. They arrived in Transylvania—“land between the forests”—in the mid-1100s, invited by King Carol I.

The most staggering example of lasting Saxon history in South Transylvania is the Siebenburgen—the seven fortress cities they built to protect themselves and their small towns. You’ll see hundreds of well-preserved Saxon towns and villages here, built between the 13th and the 15th centuries, none more spectacular than their fortified churches, built to protect small peasant villages. We’ll learn about a few of them, which constitute some of the prettiest scenes in the country.

It’s worth noting that almost every town big or small in this area has a Romanian name, a German name and a Hungarian name. Even Transylvania itself is called Transilvania, Siebenburgen and Erdely in those three languages, respectively.

During these tumultuous times, Romanian territory was frequently under attack by one invader or another. The Saxons had already built strong churches in their villages and understood that their best refuge was inside those walls, which could shelter the entire population of the village.

Thus, the churches were surrounded by thick fortress-like walls and deep moats filled with water. The entry was guarded day and night from a tower, where a man was always ready to give the alarm. When they were under attack, they began to fire their harquebuses and to throw melted tar, boiled water and rocks. (Ouch!) 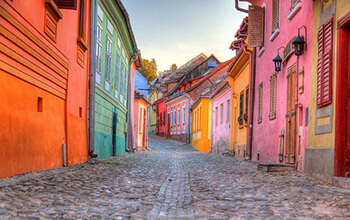 Home to the most beautiful citadel in all of Europe, Sighisoara has always fascinated its visitors with its picturesque streets, houses, bastions, towers and churches. The first mention of the citadel is in a document from 1280, under the name of Castrum Sex (Fort Six). The name must have existed long before, as the Saxons built their walled town on the ruins of a former Roman fortress.

Today, the medieval air still rules over the old city. Located on the Tarnava Mare River, the town was built by Saxons between the 12th and 17th centuries. Eleven towers guard Sighisoara’s walls, among them Tailors’ Tower and Shoemakers’ Tower. (Each guild in town—carpenters, tailors, tin-makers, blacksmiths—you get the idea—was charged with building a dungeon, so the architecture of each of these nine towers is delightfully different.)

Like all the large settlements built during troubled medieval times, the town is a fortress. The remnants of the three rings of defence walls, along with the nine towers, account for much of the city’s appeal. The highest and most majestic of all is the Tower of the Clock, which once sheltered the city hall, and now houses the history museum.

This intricate piece of machinery has been working continuously since the Middle Ages,  the symbol of Sighisoara. It has working wooden (nearly life-size) characters parading out each day—a different one each day—almost like a cuckoo clock. They rotate to show the position of the planets. The tower itself is very large: 64 metres high and topped with a main spire and four surrounding ones—very Transylvanian.

Part of the powerful “Siebenburgen,” the seven cities controlling Transylvania during the end of the Middle Ages, Brașov was founded on the major trade route between Central Europe and the Balkans. Of note is the remarkably well preserved Sfatului square (town hall) and the town’s most famous landmark, the mysterious Black Church, a German Lutheran church that is the largest Gothic church in the country. Its nickname stems from its charred appearance following the Great Fire of 1689. There are bullet holes on the church walls remaining from the December 1989 revolution, and there is also a strange statue of a small boy crouched atop one of the pillars, with differing accounts to its origin, none conclusive. 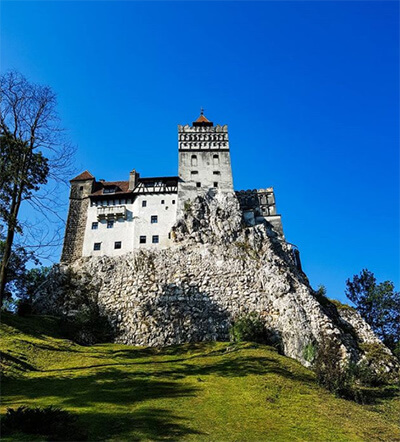 In the vicinity of Brașov lies the infamous Bran Castle, co-opted as ‘the’ Dracula Castle, erroneously referred to as the one from Bram Stoker’s Dracula. There are multiple castles in Romania that are linked to the vampiric legend, but that hasn’t stopped the locals here from selling the related merchandise. This fortress-cum-castle was first built in wood, destroyed by the Mongols by 1242, and re-built by the Saxons around 1377. Used to defend against the Ottoman invasions in the 1430s to 1442, it was later transformed into a royal residence for the Kingdom of Romania in the 1920s, beloved by Romanian Queen Marie.

The 13th c. Biertan stands high on a hill, enclosed by walls more than 35 feet high. The most famous of the fortified churches, UNESCO-protected Biertan was the seat of the Lutheran bishops from 1572 to 1867; their gravestones can be seen inside the Bishops’ Tower. Legend says that a room in the church was kept for couples who wished to divorce; they were locked up together for two weeks so that they might discover the folly of their ways! This ‘matrimonial prison’ was allegedly so successful in three centuries that only one couple ended up divorcing. 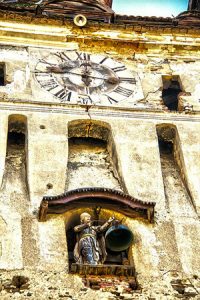 Sibiu was dubbed “The Red Town”, thanks to the red brick walls erected around the upper town, which helped protect it from multiple Turkish invasions through the 15th and 16th centuries. The city’s old medieval portion is separated into two parts: an upper town, built on a terrace, and a lower town, built on the banks of the Cibin River.

Parts of its old fortification still stand, including many of the medieval houses within the city’s walls that have now been turned into historical monuments. It was considered the most important city of the Siebenburgen, thanks to its thriving trade and 19 guilds.

What better way to dive deeper into the history of Romania than by seeing for yourself? Connect with Tom, our Experience Designer for Romania, to see how he can craft the perfect trip here, customized just for you.

Back to The Slow Road Blog
Photography credit: Banner photo by Calin Stan on Unsplash Bucharest by ionelakatya via Instagram Bran Castle by sync_city_pete via Instagram Sighisoara clock by Alexey Medved via Instagram King Carol I from Wikimedia Commons Black Church by Vlad Moldovean via Wikipedia Biertan by Alex Vasiu via Instagram