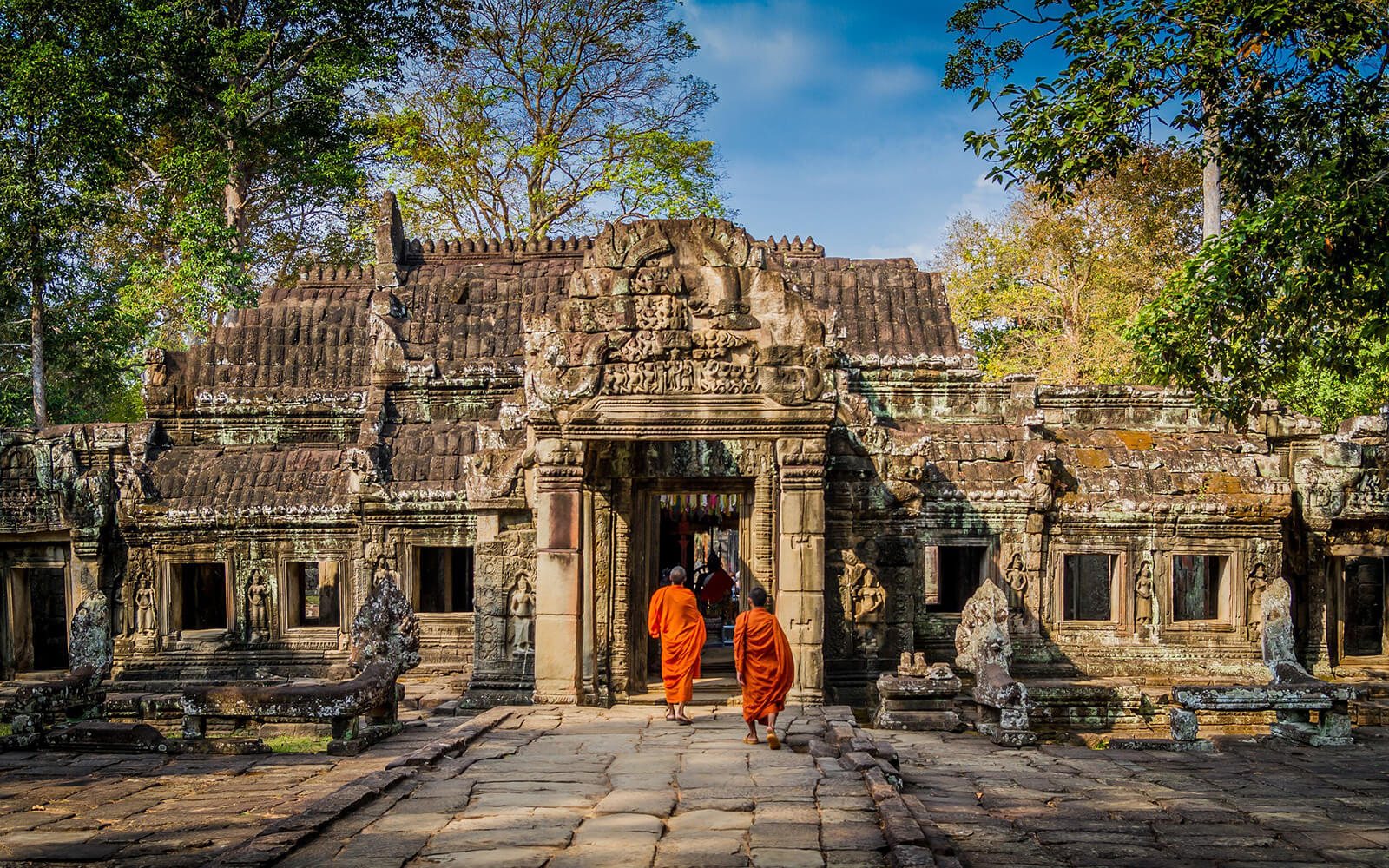 7 Most Scenic Spots in Southeast Asia

From Cambodia’s sprawling Khmer empire and its remnants to the natural wonders of Laos and Vietnam, there are so many reasons to make your way to some of Southeast Asia’s most beautiful places. From the most obvious draws to some lesser-known spots, these are the best places to capture the perfect moment, take in the scenery, and marvel at the masterpieces of civilizations past.

The largest religious monument in the world, it goes without saying that Angkor Wat is one of the greatest achievements of humankind. This massive Hindu temple complex was originally built in the 12thC and spans 126 hectares, an area significantly greater than modern-day Paris. Among its magnificent features, the ‘Churning of the Sea of Milk’ gallery is a carved bas-relief of incredible length and detail.

One of the most photogenic sites in Laos, these waterfalls tumble from limestone-lipped pools of increasingly larger size. The turquoise waters cascade 60 metres (200 feet) down to a larger swimming area, perfect for an afternoon cooldown.

Translated to English, the ‘ocean cloud pass’, so named for the rising mists that form from the nearby sea, is a 21-kilometre (13-mile) stretch that is, incidentally, one of my favourite bike routes in the country. This twisting, deserted and scenic mountain pass has been strategically important over the ages, separating neighbouring Vietnamese kingdoms, and proving a difficult pass for armies attempting to march between central and northern Vietnam.

A symbol of Lao nationalism and the most important national monument in the country, this golden Buddhist stupa is surrounded by legend: that Indian missionaries created the structure to house a piece of the Buddha’s breastbone in the 3rdC. It has been reconstructed several times, most recently after the Second World War. There is also a large statue of King Jayavarman VII from the Khmer empire here.

An intricately constructed Buddhist temple initially built in the 1550s, this ‘golden temple’ is revered throughout the country for its importance in Laotian history. The site of many festivities and of the coronation of all the Lao kings, this gateway to Luang Prabang spectacularly borders the Mekong River. With about twenty structures on site, you will find a massive 12-metre funerary carriage, golden-covered walls, rare buddhas, and mythical naga serpents guarding nearly every corner, augmented by beautiful ornamental gardens. Here, this intertwining of religion and spirituality, artistry and royal history makes it one of my favourite places to visit time and time again.

Built at the end of the 12thC by the most powerful Khmer monarch of all, King Jayavarman VII, who converted the entire Khmer empire to Buddhism, this spectacular site is renowned for its stone-carved ‘face towers’ which are meant to represent Lokesvara, the bodhisattva of compassion, but the faces also resemble the king himself! oversee the landscape, as well as bas-relief galleries depicting Cambodian life and history.

Truly one of Vietnam’s hidden jewels, the jaw-dropping rural beauty of Ninh Binh is truly some of the finest in Southeast Asia. If you’re into supernatural scenery, this northern coastal region has it all. Marvel at soaring limestone mountains, lush green hills amidst a wild profusion of nature: underground cave systems, emerald rivers snaking through valleys, steep stone steps winding through mountain paths, and temples carved out of mountainsides. Your camera won’t do it justice.