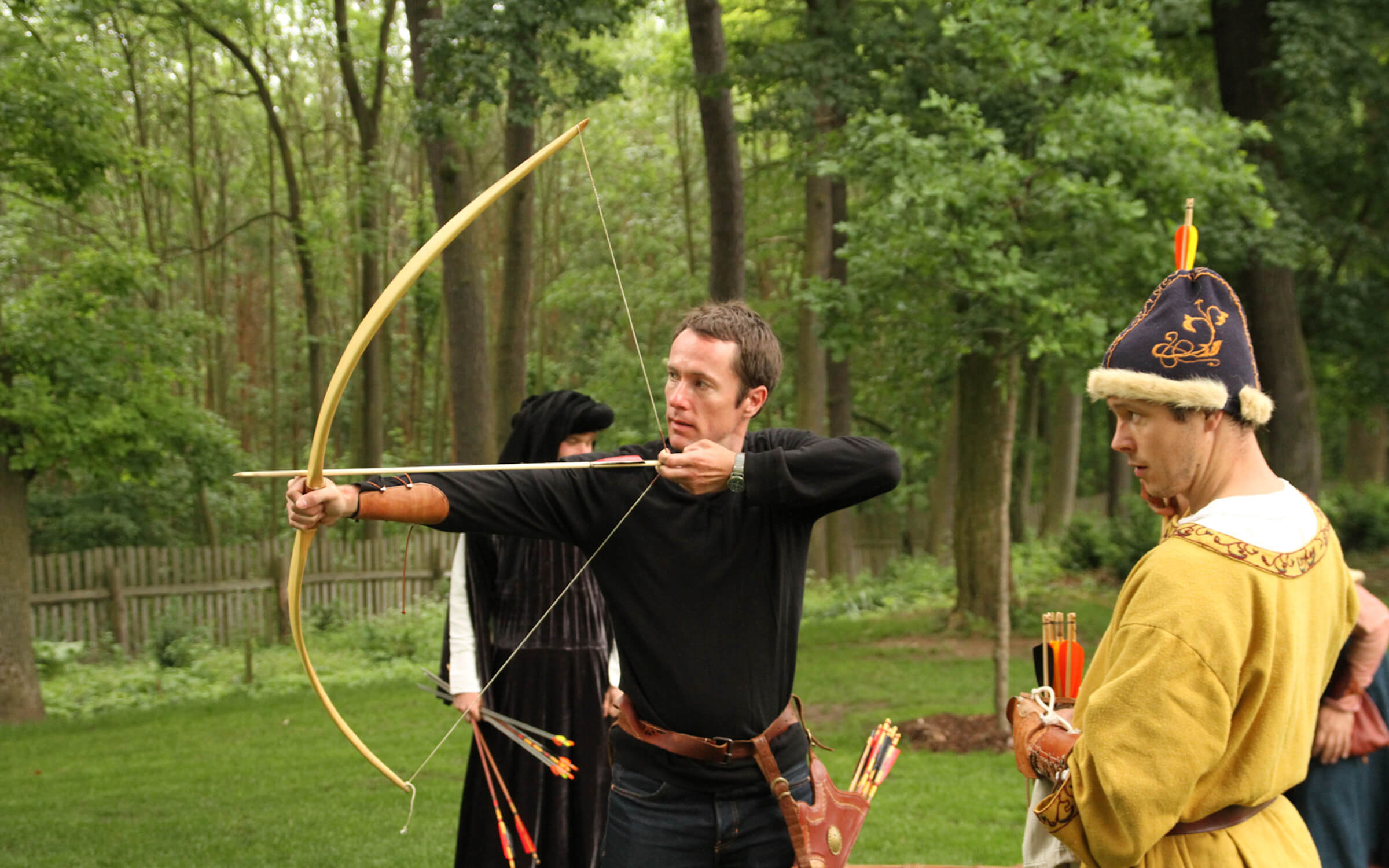 B&R Experts | Around The World | By Dave Bowden

It would be fair to say that Guide-turned-Trip Designer Lewis Evans has been on a path toward B&R ever since he was a child. (A little overwrought, maybe, but fair.) As a Canadian who spent his formative years in southwest Germany, for Lewis summer meant bike rides into France, weekends in Switzerland and holidays in Italy.

“Me and five friends cycled around Denmark for six weeks the summer we turned 14. Without parental supervision. I still haven’t told my mother all the things we got up to,” he confesses. “These years taught me how to travel and I’ve never stopped.”

In fact, so entwined is his childhood with B&R, that he has a case of puppy love to thank for eventually landing him a job as a professional explorer/bon vivant.

“My girlfriend in grade 6 eventually found her way to B&R,” he explains. “Years later we were put back in touch through an old class mate. She told me what she was doing, I told her I’d been travelling the globe. She told me they were hiring.”

And we told him he was hired.

Years in Travel Business: Since the day my dad picked up my mother, who was hitchhiking. Otherwise 10.
Years with B&R: 10, but it feels like one. No, 100. 100 years of honey moon.
Countries/Regions of Expertise: France, Spain, Germany, Austria, the Czech Republic, Hungary and Costa Rica.
Countries visited: Southern Ontario and Walt Disneyland in Florida. I’m not sure. Is “manysies” a real number? (Ed. note: No.)
Countries lived in: Canada, Germany, Ecuador, Mexico, Spain, Italy, France, Austria, the United States. Am I running from something…?
Trips Planned: 25
Trips Guided: Dangerously close to 100

Immersion is one of the cornerstones of a B&R trip. What’s your preferred method for getting in deep in a country or region?
Depends on how much time is available. If you have lots of time, choosing a home base and getting involved locally is best. Volunteer, teach English, whatever puts you in contact with locals. Before you know it you’ve gone native. You’re limited to a long weekend? Go for a bike ride through the surroundings, go to a local museum (nothing like oil paintings to evoke the past), then treat yourself to the most traditional local feast you can find. Don’t hold back on the wine.

You describe the number of countries you’ve visited as “manysies,” which I assume is Lewis for “a lot.” But is there any place you haven’t been, but are itching to visit?
India and Nepal. What’s the travel slogan that India’s tourism board uses? “Incredible India”? I like suspending belief while travelling. And Nepal because I’ve never had a Bhang Lassi before.

What trips do you have in store for yourself: where are you headed in the next 12 months?
Copenhagen and Southern Sweden, Argentina and Uruguay and eventually Uganda.

Favourite trip you’ve ever taken?
Munich to Salzburg. Lots of culture, the whole thing on bike paths, Alpine flair, afternoon hikes, Michelin stars interspersed with Schnitzels and the whole thing from the comfort of German-made beds you need a chisel to get into.

Favourite trip you’ve ever designed?
A Bespoke trip that went once around Spain. Madrid to Andalucia to Catalonia. Ole!

Favourite bar/wine bar/watering hole in the world?
The Apollo in Bordeaux. Half wine bar, half regular bar, half cultural center, half pool hall. Great terrace and the weirdest collection of patrons I’ve ever seen—and I’ve been to all three of B&R’s offices.

Favourite bottle of wine?
I recently came across a bottle of Burgundy Village 2012. Produced just outside the catchment area of Burgundy’s famous vineyards, this bottle had everything that makes Burgundian wine so delightful. Light, fruitful, and smooth. We told ourselves we’d only drink the one bottle. We lied.

What’s the best meal you’ve ever had? (And where was it?)
The seafood bonanza on the second night of B&R’s Atlantic France Biking trip. Nothing edible that frolics on the seafloor has escaped this heaped dish. It is accompanied by various delicious sauces and a light, chilled white wine. I will be having this meal on June 18th of this year and have circled the day in my calendar.

What are your three most underrated destinations?
1) Mallorca – A German proverb claims that God lives in France. Well, he moved to Spain.
2) Cuba – But it’s fading fast, so it’s best to hurry.
3) Central Europe – The Grimm Brothers were on to something.

What’s the best thing that ever happened to you while travelling?
Travelling awakened a desire in me to fill notebooks with extremely deep and also very random thoughts. I now have a whole collection of these. My heirs will no doubt live a life of leisure and luxury once they are published to international acclaim. (Ed. Note: He’s kidding… we think.)

What’s your most embarrassing travel story?
While guiding in Italy I thought it would be a good idea to sing for the group. This was unsolicited and there were raised eyebrows when I announced I’d prepared a little ditty. The eyebrows were raised further when I reached the end of the first verse, and having started too high, ended in a croak. I persevered and started over, lower this time. The song was very sad, so sad in fact that when I reached the end, I started to weep. This caused some of the women in the group to cry with me. A guy in the group approached me the following morning. What the hell were you thinking? he asked. I told him I didn’t want to talk about it.

Do you have a favourite George Butterfield story/moment?
George humouring me and insisting on a reading of something I had written. It was on a terrace of a cafe. He stood up and introduced the author to an invisible audience.

Do you have a favourite travel quote, mantra or words to live by?
“Donde esta el bano” and “No way am I going to pay 100 Dirham to ride on your lousy camel.”

Someone has just landed in a country they’ve never been to, where they don’t speak the language. What’s your number one piece of advice for them?
Find a bar, order a drink and fully enjoy the fact that you are somewhere strange. Reality is hot on your heels and will be along in just a minute.