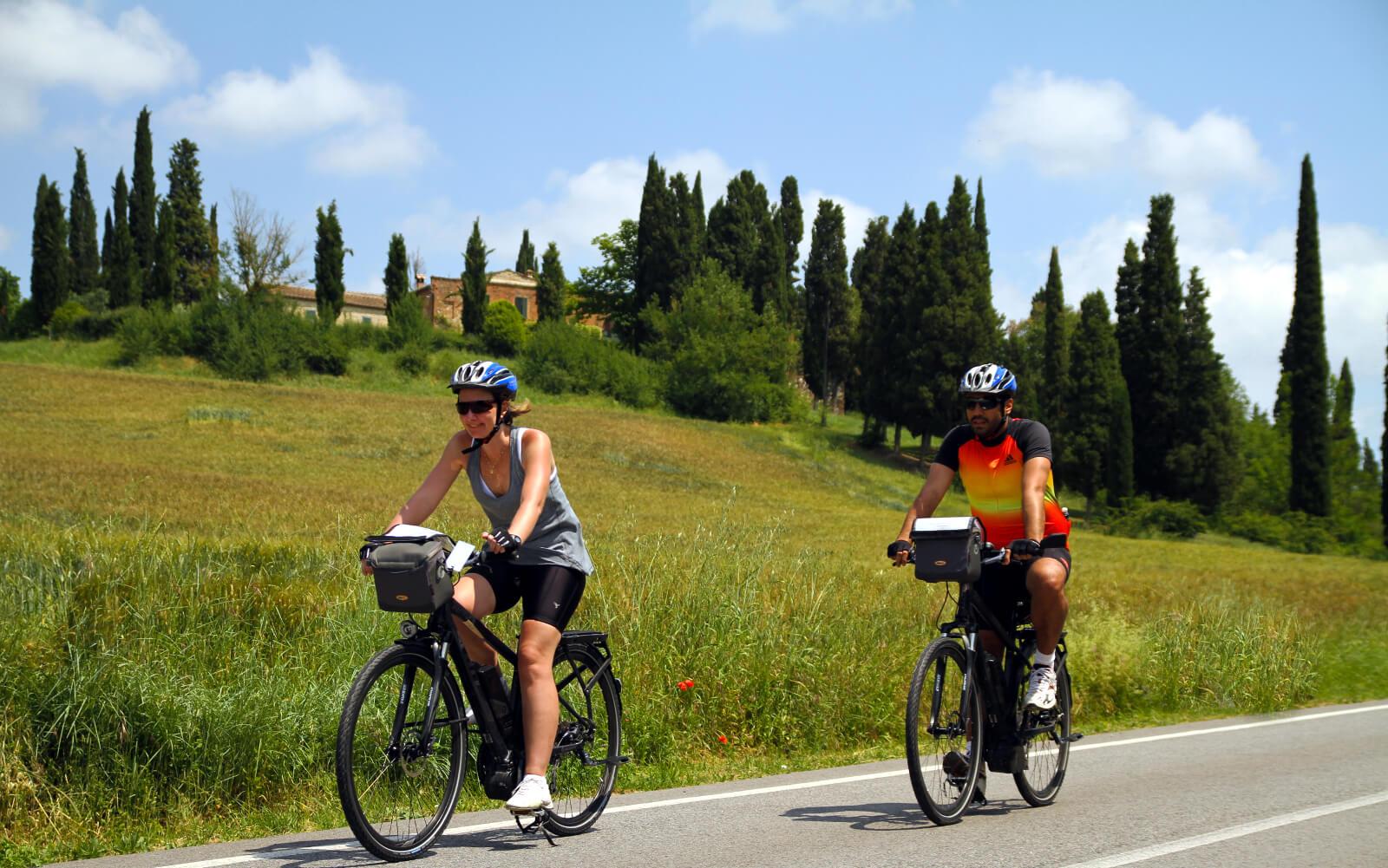 An Electric Assist For Cycling

Essentials & Advice | Around The World | By Chris Mark

Of the many joys of biking, few are greater than that alluring combination of scenic landscapes paired with fresh air in your lungs—but not too much air.

There’s not much joy in panting and gasping, and indeed one of biking’s age-old questions has always been how best to reconcile the fact that “scenic” is almost always synonymous with “hilly.”

The advent of the electric-assist bike, or e-bike, has solved the conundrum. (Now, to be clear, here at B&R by ‘e-bike’ we mean a bicycle that must be pedalled, with options to add a power boost from a small electric motor. We do not mean the small electric motorbikes, essentially low-speed European scooters, that have become prolific on North American roads over the past few years.) Electric-assist bikes have reached a level of technological and design sophistication where they are now safer and quieter than ever before; offer greater range of distance; and perhaps most importantly, are stylish, which was long a weak point. They are truly changing the leisure biking (pardon the pun) landscape, as intimidating terrain can be tamed to whatever degree the rider wishes.

Nothing But the Best

To facilitate the enjoyment of regions considered too challenging by some travellers, and in keeping with our ethos, B&R has gone with the absolute best e-bike out there. We eschewed generic bolt-on solutions in favour of a model designed and integrated from the ground up: the Scott E-Venture. Made in Switzerland – where folks know a lot about hills and how to get around them – the E-Venture is centre-weighted for stability, runs a state-of-the-art Bosch motor that is the quietest in its class, and looks great. There is no throttle – riders must pedal or else come to a halt, just like a regular bike – but the 100+ combinations of modes, gears, and assist levels ensure that you only expend the effort you choose to.

Now in their third season in Europe, they have drawn rave reviews from the ever-increasing number of travellers who try them. (For evidence, look no further than the smile on the face of the woman above as she cruises through Tuscany.) Now, e-bikes are not for everyone.* We still believe a good, vigorous week on a bike does wonders for body and mind, and a traditional “push-bike” (or, as they were called in the now-antiquated language of the pre- e-bike era, “bikes”) is still a great way to go. But vigorous need not mean rigorous, and our e-bikes can draw that line for a rider.

The E-Venture provides a tremendous feeling of liberation, keeping you from hopping in the van on a major climb, or allowing you to do the long option that otherwise might have been a few too many miles. Trying one might just convince you that, 500+ years later, Christopher Columbus had it right all along: the earth is flat.

*For instance, not for B&R travellers outside Europe, where e-bikes are not yet available. But we’re working on it…