The extraordinary diversity of Southern India is truly distinctive from the rest of India. Where the North has great forts, the South has temples. Where northern cuisine is emphasized by substantial meat dishes and influenced by its desert conditions, southern cuisine is light but fiery and influenced by the sea. You’ll experience the enchanting backwaters of Alleppey, the grand temples of Mysore, watch classical Indian dance in Cochin and dine on freshly caught fish along the coastal beaches of Goa. 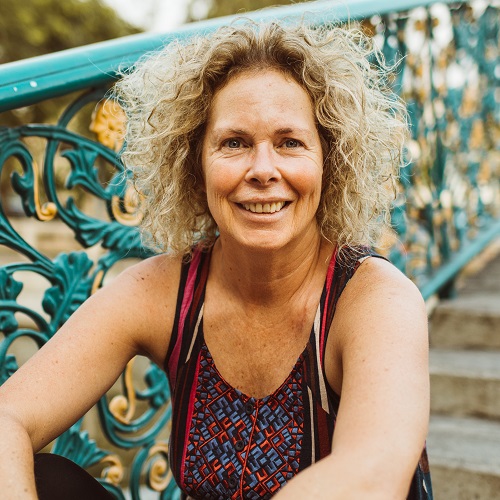 Converted from USD based on the latest exchange rate. Final amount and payment will be in USD. Final conversion rate is determined by your bank.

Simply fill out this form to view the itinerary. We’ll also email you a copy so you can refer back to it later.

PHOTO & VIDEO GALLERY How do you want to travel?

Thank you for your request. One of our travel experts will reach out shortly to start planning your dream trip.

How do you want to travel? 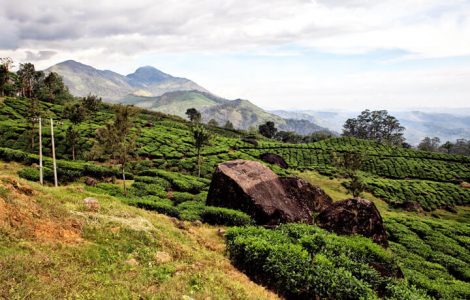 Ready-to-Book private tours are designed to be enjoyed off-the-rack, but there is room for minor adjustments to fit the trip to your needs. If the gap is too great, then we’d be happy to tailor-make you a Bespoke trip from scratch. Simply tell us a few details about your group and select your preferred date. One of our Trip Designers will spring into action, confirming the details or exploring alternatives, over the next 48 hours.

Have a custom trip designed exactly to your interests. Like a tailor making a bespoke suit, it will fit you perfectly.

Our Bespoke trip designers are a talented bunch who can craft unforgettable experiences for your specific group—and working within your needs and budget.

Get in touch with a Trip Designer to begin planning your perfect vacation.

REQUEST A QUOTE
Day by Day

Begin your trip with a 2-day cruise along the backwaters of Kerala. Your cruise sets sail along the main waterway of Vembanad Lake and enters the Alleppey Canal. Lunch will be served on board, where you’ll enjoy traditional cultural performances.

Observe the rich-life along the water highways while passing through one of the few areas in the world where farming is done below sea level. Later, you’ll have the opportunity to get up close in a traditional rice barge, which can navigate the more narrow sections of the backwaters.

Embark on a heritage walk in Alleppey with Mrs. John, the keeper of Alleppey's history. Mrs. John is an incredible wealth of knowledge given her background growing up in the Nilgiri hills on a tea plantation that is still owned by her family.

After arriving in Mysore, begin on a walking tour of the amazing markets with a local historical expert and sample all the incredible food Mysore has to offer!

Begin your day by visiting some of Mysore's incredible sites, including Mysore Palace, the centerpiece of this vibrant city. Later, engage in a cooking lesson lunch with long-time residents of the region.

Once you arrive in Goa, the rest of the day is yours to relax and explore, however, a bike ride or a walk can be easily arranged if you so wish. A private beach dinner featuring excellent Goan cuisine is on the agenda for this evening.

Embark on a morning tour of Fontainhas, Goa’s Latin Quarter, with B&R’s great friend Oscar, a long time Goa resident and wonderful storyteller whose intimate knowledge of the area contributes hugely to the understanding of the history of India’s European influenced coastal state.

This morning you will drive to the airport for your flight to Mumbai. Farewell! 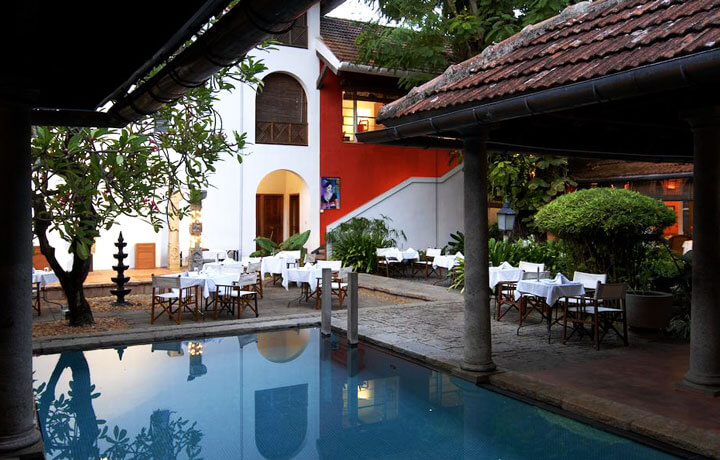 In the heart of historical Fort Cochin, this boutique heritage hotel is ideally located for sightseeing and shopping. Featuring 17 unique rooms and suites, The Malabar House seamlessly combines tradition and contemporary design, while tradition finds itself at a crossroads with innovation at the hotel’s gourmet restaurant—one of the finest seafood restaurants in the South. 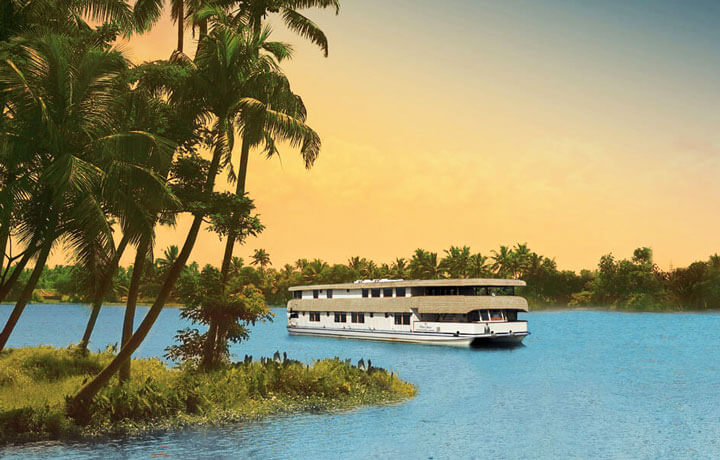 The Oberoi Motor Vessel Vrinda is an exclusive Backwater Vessel with eight tastefully appointed Deluxe Cabins, all with king size beds and large picture windows overlooking the lake. Wake up to the backwaters almost at level with your view and feel the calmness while the world floats by. The Cabins are elegantly designed with timber flooring. Each has its own private and well-appointed bathroom with shower. 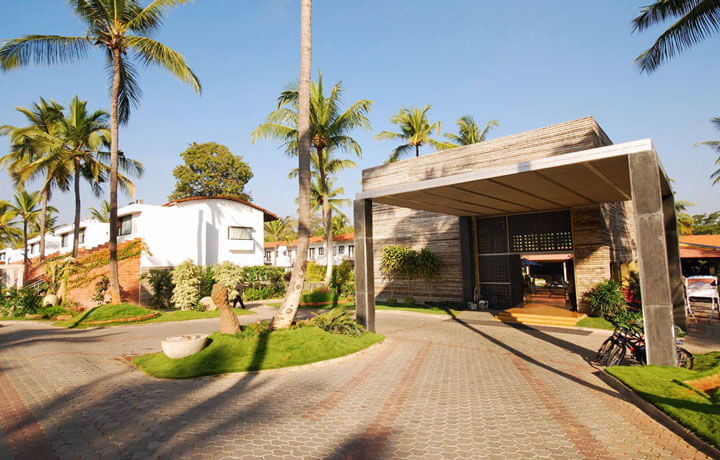 Rewind to a land where the body and soul are still honoured, where inspired art and architecture echo vibrations of a time that stands still and proud. Mysore is home to kings and warriors and is named after the demon Mahishasura, it was the seat of Wodeyar and Vijayanagara dynasties. 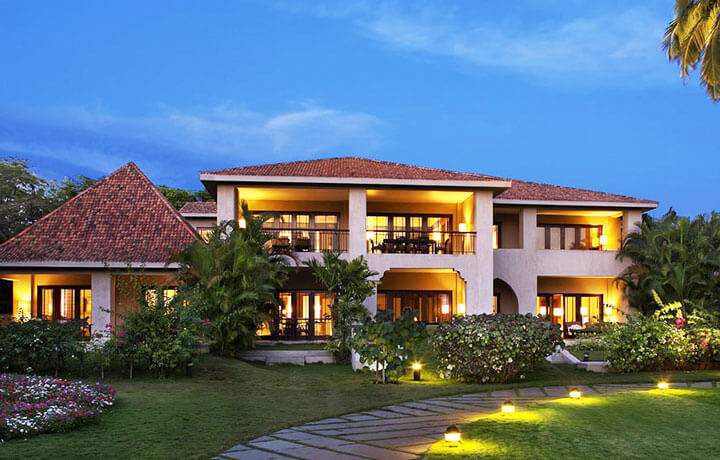 The Leela combines the opulence and luxury of a 5-star hotel with the natural beauty and Portuguese heritage of South Goa for a truly wonderful experience. Set on 75 lush acres with a pristine beach, a 12-hole golf course and world class dining.

The best moments were the unscripted ones—buying masala tea from a roadside stand, bargaining with local villagers for costume jewelry, talking to local school children. 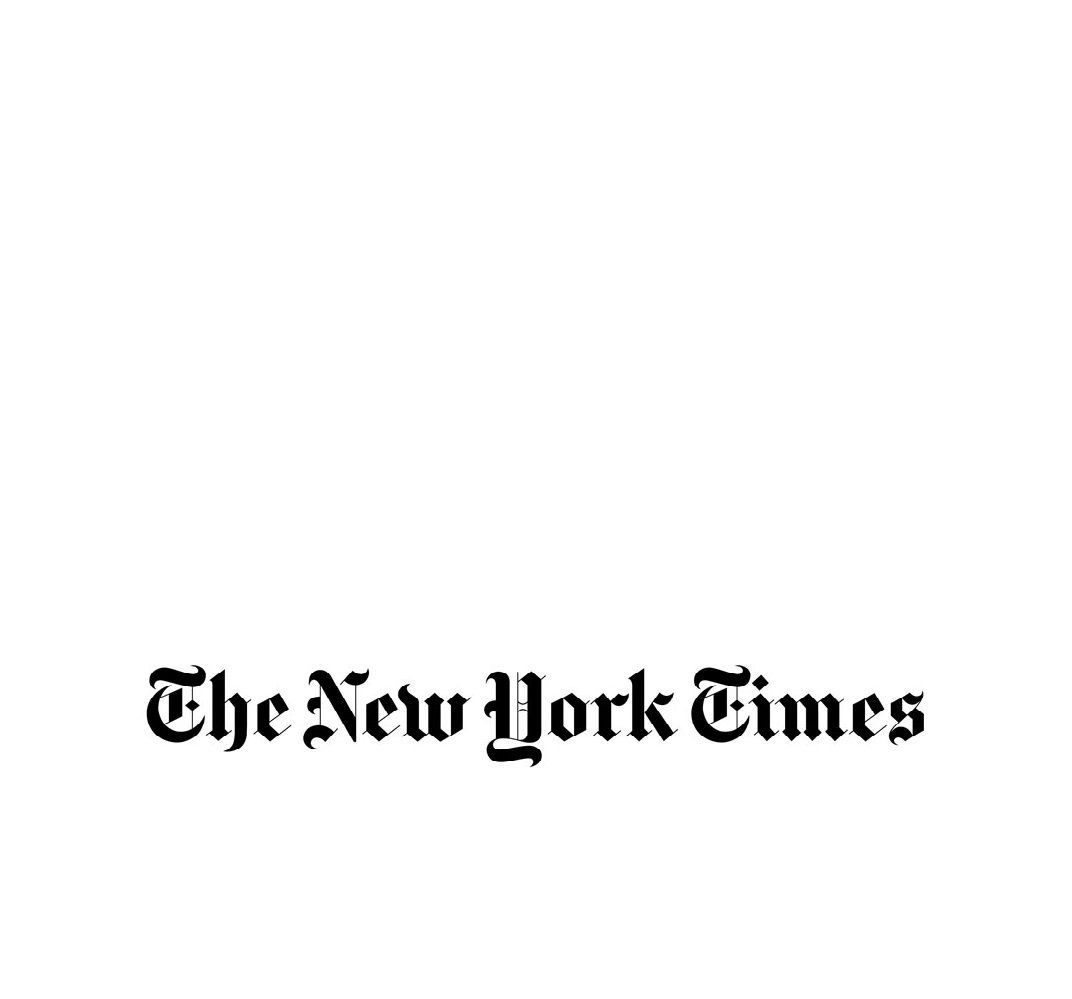 Travelers stay in small luxury properties, like the Relais & Châteaux Malabar House in Fort Cochin, and bike 50 to 60 km a day, past coconut and banana trees along the Arabian Sea and through tea and cardamom plantations. Riders go through the Western Ghats and along Vembanad Lake, where they spend the night in a private houseboat and visit local homes to learn about skills like the art of mat weaving. 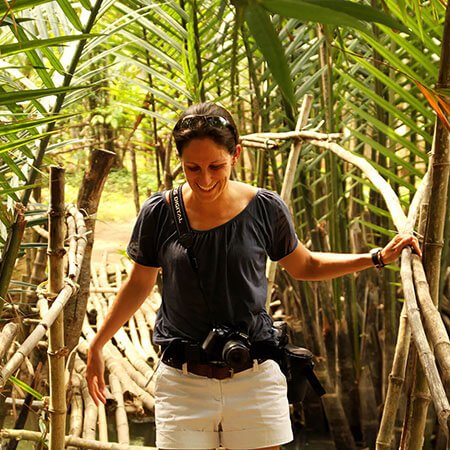 This trip is appropriate for people who enjoy leisurely walking and feel comfortable while on the move.

Read more on our Activity Levels

What’s included? Everything you need. Plus everything you’d
want. Plus a few things you never knew you wanted ‘til you got them.

Included with all walking trips are telescoping walking poles and custom-made 13L backpacks to comfortably conceal your essentials within lockable zippers. The walking poles get “recycled” for use by another B&R traveller. The backpack, however, is yours to keep at trip’s end and folds up for easy packing. See Equipment Details 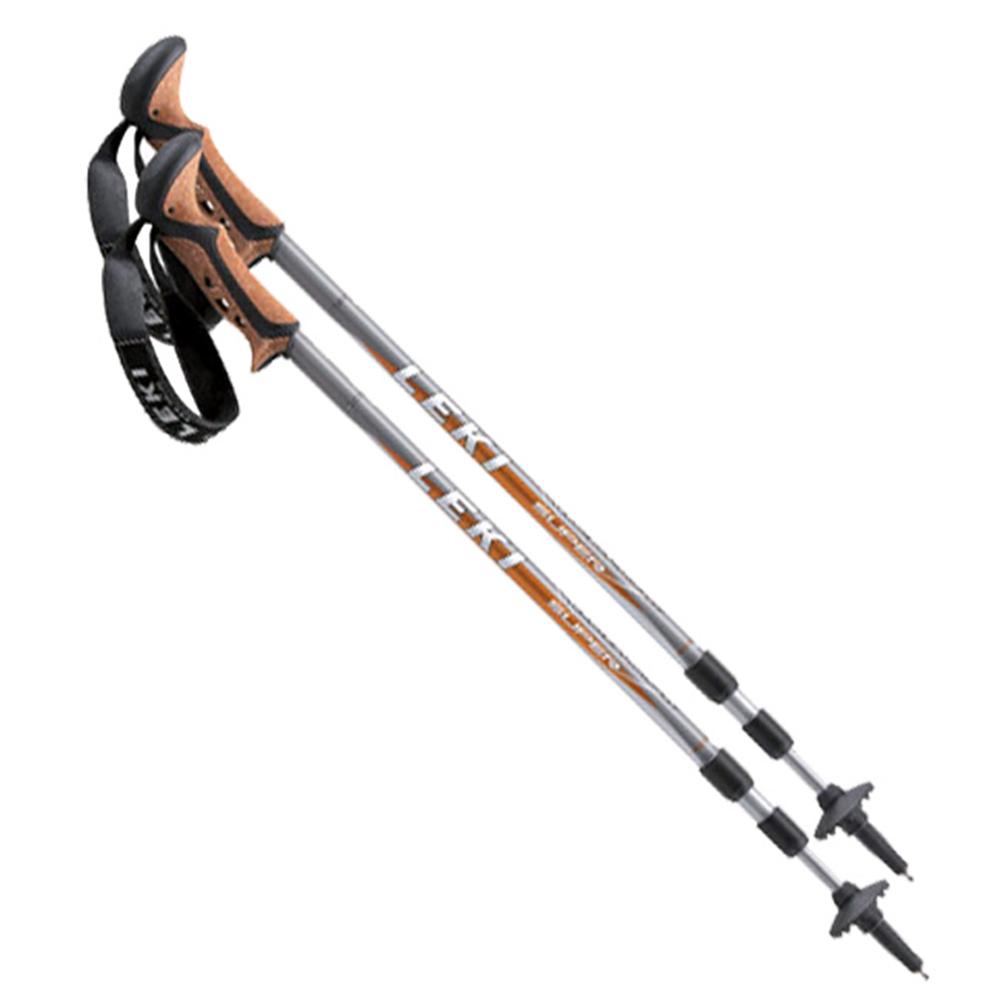 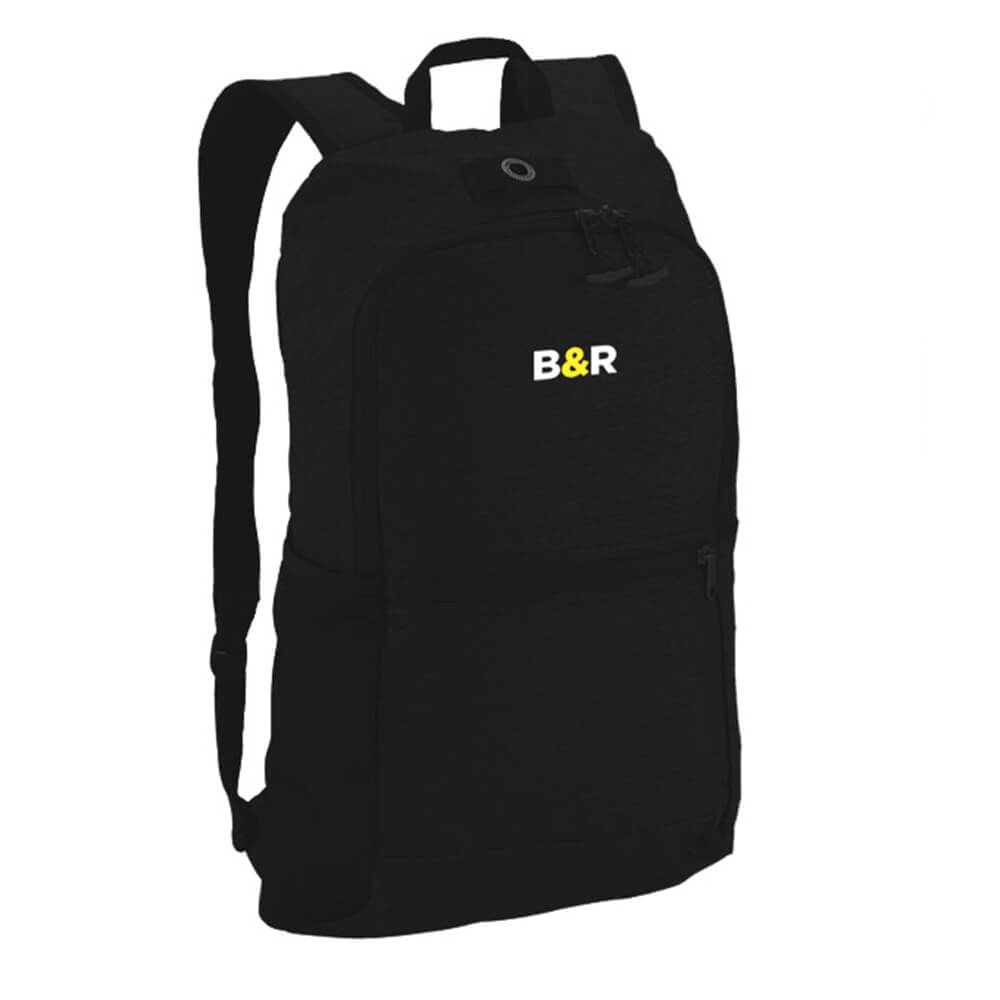 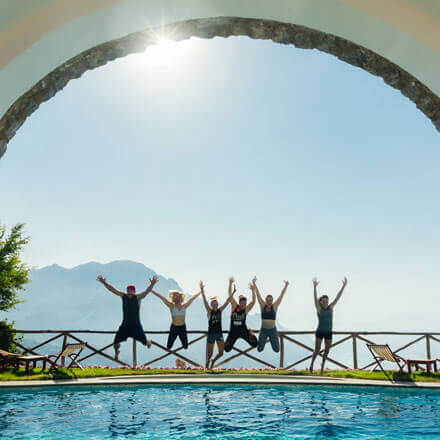 Sometimes your B&R trip simply isn’t long enough! Extend your stay for the best vacation possible. If you wish to spend a few days in region either before or after your official B&R trip, and need assistance making those plans, your B&R Travel Advisor can help.

Call us to create an independent travel experience that fits your needs—we can also arrange for a local guide.

Your dreams—realized.
Your expectations—exceeded.
And your mind? Totally and utterly blown.

We craft extraordinary experiences, tailor made to meet
your every need, with every stitch of every day crafted
just the way you want it. Learn more about Bespoke

Notes from the road, on the B&R blog.

A Brief Introduction to Indian Wellness

Varanasi: The Spiritual Heart of India

The 7 Delights of Delhi: What To See

A (very, very, very) Brief Introduction to Hinduism in India

In Rajasthan, A Range of Emotion

Udaipur and the Maharanas

Take a Virtual Ride on the Hai Van Pass in Vietnam

An Insider’s Eye on Vietnam: What to See and What to Skip, According to our Vietnam Expert

B&R: Fuel your Wanderlust. Join more than 70,000 fellow wanderers. Sign up for our newsletter to receive insights and advice from our travel experts.

Make this trip your own...

At Butterfield & Robinson our goal is take your vision and make it a reality. Fill out the form below to get started and one of our expert Trip Designers will reach out to start customizing this trip.

Fill out the form below to view our sample itineraries and once you're ready, reach out to start planning.