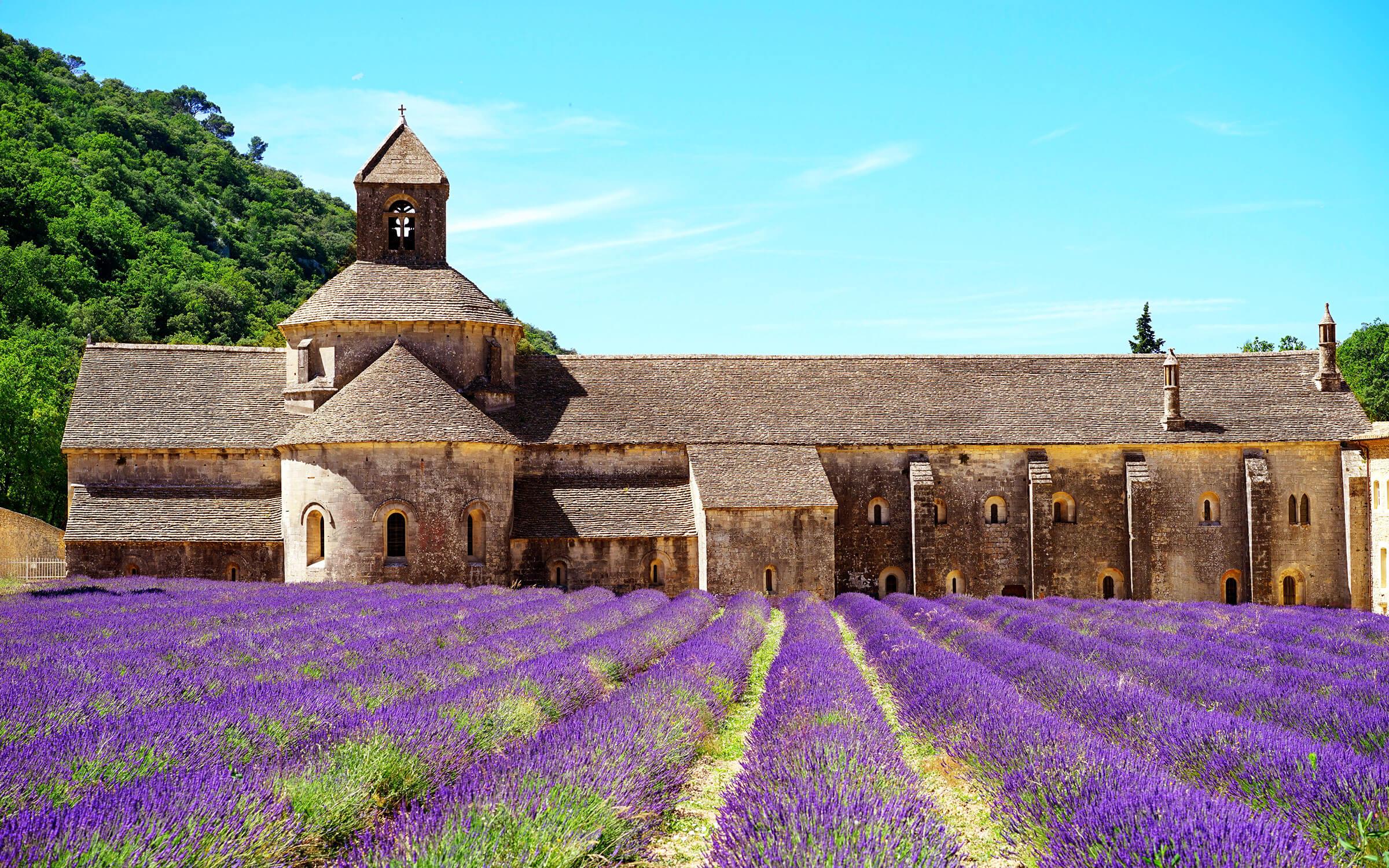 Must Sees | France | By Kathy Stewart 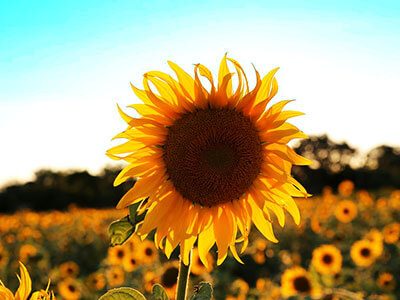 Rich with history and culture dating back to the ancient Romans, Provence is rife with sites—both natural and man-made—that just beg to be discovered.

Below we’ve rounded up a few of our favourites to help make your decision about which ones to focus on less agonizing—well, slightly less agonizing.

What to See in Provence

Go for a Walk in St-Rémy

Start at the neo-classical church of St-Martin; rebuilt around 1820, it still retains its 14thC bell tower and has one of the finest church organs in Europe.

Turn left behind the church on rue Daniel Milhaud, cross over rue Carnot, and you will reach Place Favier. This was once the herbal marketplace. Points of interest on this square include the two Renaissance palaces.

The first is the 16th c. Hotel Mistral de Mondragon (no connection with the poet Mistral!), which now houses the Musée des Alpilles-Pierre de Brun. The exhibits relate to local art and traditions.

Opposite the museum is the second Renaissance palace, the Hôtel de Sade, once owned by the infamous de Sade family. This 15th-16thC building boasts a small but interesting archaeological collection from Glanum (enter from the rue de Parage).

Make your way back to rue Carnot and turn left. Further down, you will come across the Fontaine Nostradamus on the corner. Turn down rue Lucien Estrine to the Hotel Estrine.

This 18thC mansion houses the Centre d’Art-Présence Van Gogh. Exhibits detail Van Gogh’s work and presence in the town, but unfortunately display none of his original work.

At the end of this street, turn right, back to the church of St- Martin. Just before you reach the church, turn left on rue Hoche to see the birthplace of Nostradamus. 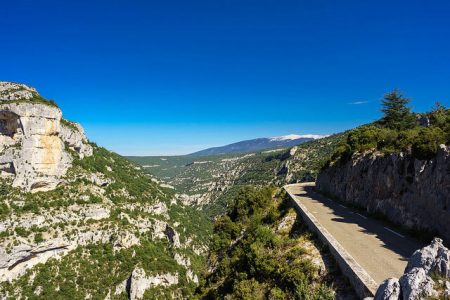 This beautiful, 20 km (12 mi.) canyon is one of the region’s geographic wonders.

The road winding through it connects Villes-sur-Auzon and Sault, and is full of incredible hairpin turns, tunnels and lookouts. At one point it is possible to see down a 300 m (984 ft.) vertical drop to the Nesque River.

This mountain range is a paradise for hikers. It is part of the same chain that includes Mont Ventoux, but it is more picturesque and graceful, hence its name: dentelle is the French word for lace.

Also pictured in the banner above, this abbey, in the wilderness of the Sénanque valley, is one of the finest in Provence.

It was built in the 12th century when the Cistercian movement was in its infancy. Today, it supports a small community of monks, who sing vespers each day.

The Ancient Priory of the Carmelite Friars

A tombstone from 1254, located in the wall of the cloister, informs us that the Carmelite monks of Palestine founded this Priory. At the end of the 13th century, the church was partially rebuilt in the new Gothic style. The buildings around the cloister date to this time.

The monks of Sénanque purchased the Abbaye in 1858 to build a farm—but finding it too far from Sénanque, they sold it to some farmers in 1864.

For many years the refectory was a stable and the church was a warehouse. The Abbaye’s present owners purchased it in 1961, and restoration work was begun. In 1975, St-Hilaire was classified as a historical monument. The chapel was re-sanctified and a mass is celebrated every August 15. 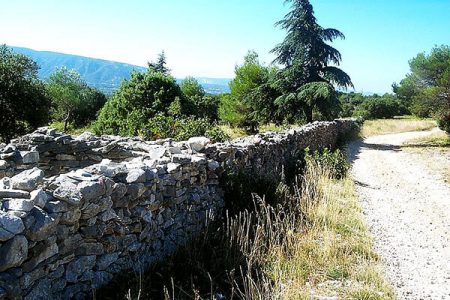 This wall, recently restored, was constructed in the 14th century during the outbreak of the Black Death in order to keep the disease at bay.

It stretches more than 20 km (12 mi.), and armed sentries were once posted along its length to keep infected individuals out. It was ultimately unsuccessful in achieving its goal. After all, walls can keep out men and women, but not microbes! 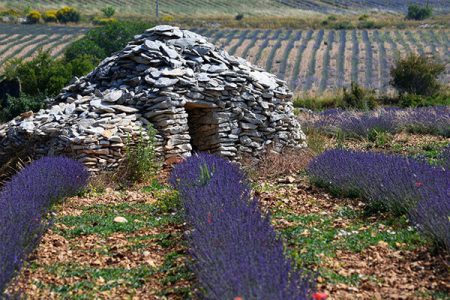 These hut-like structures in Provence bear a remarkable resemblance to some of the dwellings in the Orkneys and South Africa.

Bories are mortarless buildings that, like caves, maintain a constant temperature throughout the year. Examples of bories are found all around the Mediterranean, and anywhere else concrete is sold for a premium.

The Alpilles mountains are geologically related to the Alps. They rise 450 metres (1,476 ft.) above sea level and are nearly 25 km (16 mi.) long. As ancient as they are imposing, people have been living in these mountains since at least Neolithic times.

The Marais of Provence 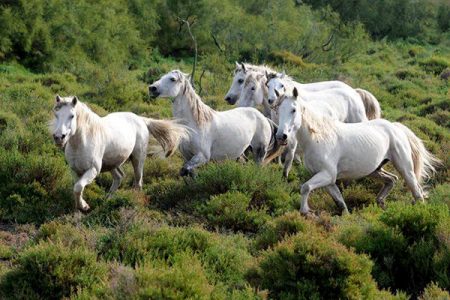 The Marais (wetlands) are home to pink flamingos, wild white horses and taureaux (bulls). Cowboys in wide-brimmed hats can be spotted wading through the swamps, corralling bulls raised for bullfights.

In Roman times, the Marais were the breadbasket of the Empire. Wheat, wine, rice, fruit and vegetables are all still grown here, while about 140,000 hectares of wetlands remain.

Santons (meaning “little saints”) are small sculptures—originally depicting the main actors of the nativity scene—that have been popular in Provence since the 14th century.

During the Revolution, when the churches were closed and people were forced to celebrate Christmas at home, the santons became a common fixture of regular households.

The first santons were carved from wood. As demand for them grew, producers began working in clay. The figurines were dressed in period clothing and carried a tool or something to symbolize a trade or social position.

The original santons makers came from Marseille and Aix-en-Provence; the most reputed producers are Fouque (in Aix) and Carbonel (in Marseille). There is an entire museum dedicated to the Santons in Paradou.