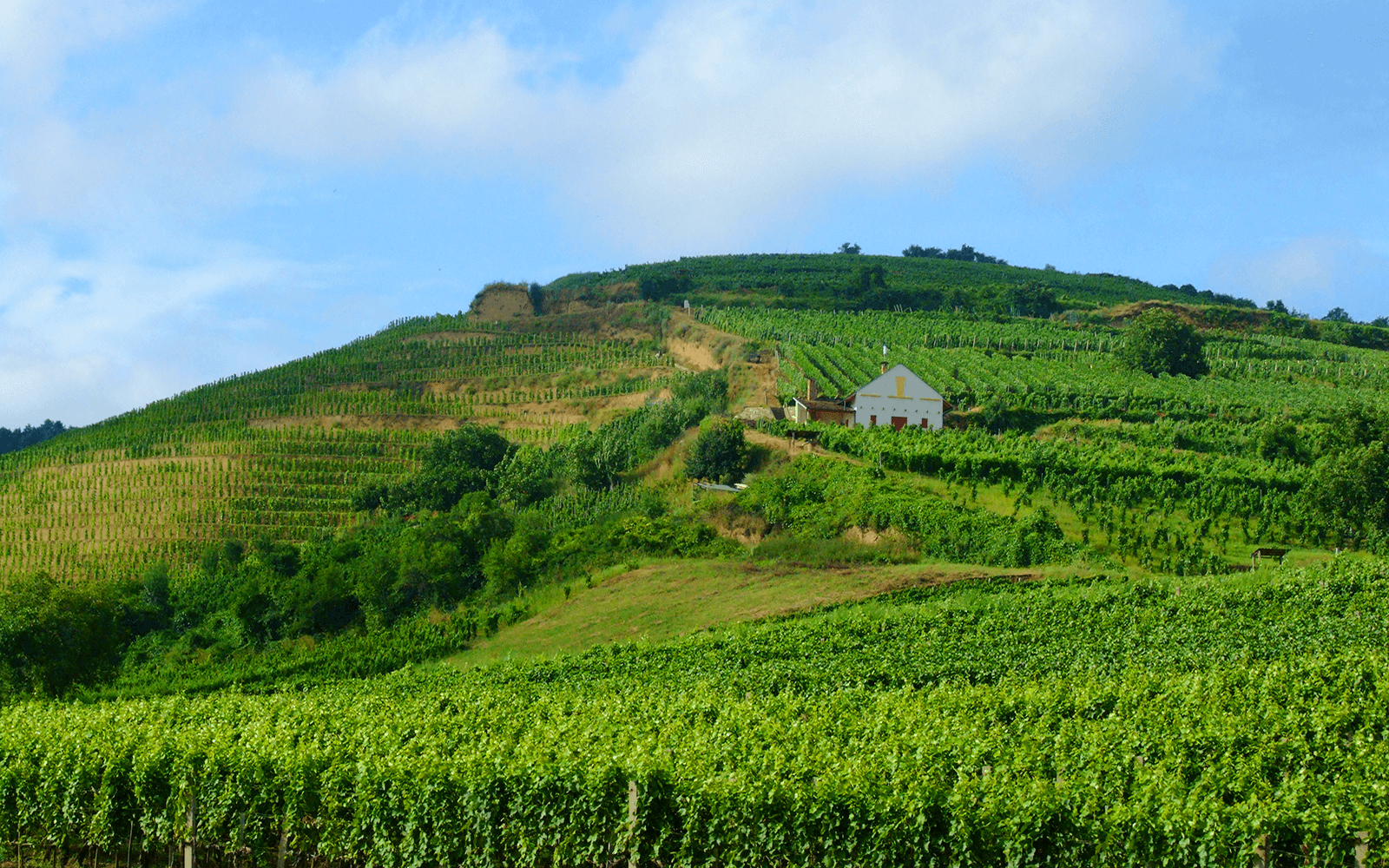 Vines 101: An Introduction to Hungarian Wine

Have you heard of Hungarian wines before? (If you haven’t, it’s not your fault.) But if you’re curious about how they were once regarded, here’s an example of just how prestigious, high-quality and recognized Hungarian wines once were: at France’s royal court of Versailles, none other than Louis XIV referred to Tokay wine as “Vinum Regum, Rex Vinorum”: ‘Wine of kings, king of wines’.

It’s also worth mentioning that Emperor Franz Josef sent Queen Victoria Tokay wines every year as a birthday gift, and other luminaries ranging from Joseph Haydn, Goethe, Voltaire, Beethoven, Liszt, and even Napoleon III and Thomas Jefferson enjoyed the wine.

Below, I’ll briefly summarize the history and merits of Hungarian wine tradition and highlight unique varieties that are worth trying.

Winemaking that predates the Romans

In the Carpathian basin, (which was more or less the territory of the Kingdom of Hungary, historically speaking), the art of winemaking goes back about 2,000 years. Even before the Romans settled down to the west of the Danube, Celtic tribes had already been growing grapes and making wine.

The Hungarian tribes, originally coming from somewhere in Asia, came across winemaking practices while they were wandering. When they eventually settled down in the Carpathian basin, they used this experience to cultivate the vineyards that were already there.

However, production was limited to white wines. In the 17th century, when Hungary was liberated from 150 years of Turkey’s rulers, it resulted in a huge wave of migration of mostly Serbs from the Balkans, which was still under Ottoman rule. The Serbs brought their knowledge of red wine cultivation with them, which to this day determines Hungarian red winemaking to a great extent.

Modern Hungarian winemaking has experienced two huge tragedies. The first was the phylloxera disease at the end of the 19th century. It affected almost all of the European vineyards, but in Hungary, it was especially devastating. Other wine regions in France, Italy, and Spain, although they suffered heavy losses, were not forced to go through a systematic change. In Hungary, however, all the red varieties, except for the Kadarka variety, completely disappeared and the winemakers brought in mostly French and German varieties. This led to a fundamental change in Hungarian red wine production, which changed its character forever.

The second tragedy was the nationalization of all the wine regions during the post-Second World War Communist era. Private ownership was suspended and all vineyards were forced into huge wine conglomerates owned by the state. Unlike the wine cooperatives in Spain, for example, where it is possible for small landowners to sell their grapes, the Hungarian conglomerate singlehandedly destroyed quality by focusing solely on quantity. They destroyed certain wine regions and started fruit orchards instead, while other regions got prioritized and were forced to produce insane quantities.

A good example of this is the red wine known as “Bull’s Blood” (Bikavér) from Eger, which was declared to be the number one export product of Hungary. Even though quality production has been restored and there are serious regulations in place now, winemakers from Eger still find it difficult to gain back the prestige it used to have as the market was flooded by very low-quality Bikavér.

Since the process that led to the worldwide appreciation of wine started sometime during the 60s and 70s, Hungary completely missed out on it due to the Socialist era. Hence, despite its long traditions, Hungary is a latecomer on the international wine market. It’s very difficult to bring back the traditions of old, no matter how sophisticated they were; you can’t do it overnight.

After the Communist period ended, quite a few winemakers who got back their land have dedicated their lives to bring back old traditions and quality. Today, we certainly have some excellent results and the direction is definitely good. However, Hungarian wines still have a way to go to recapture the position on the international market that they deserve.