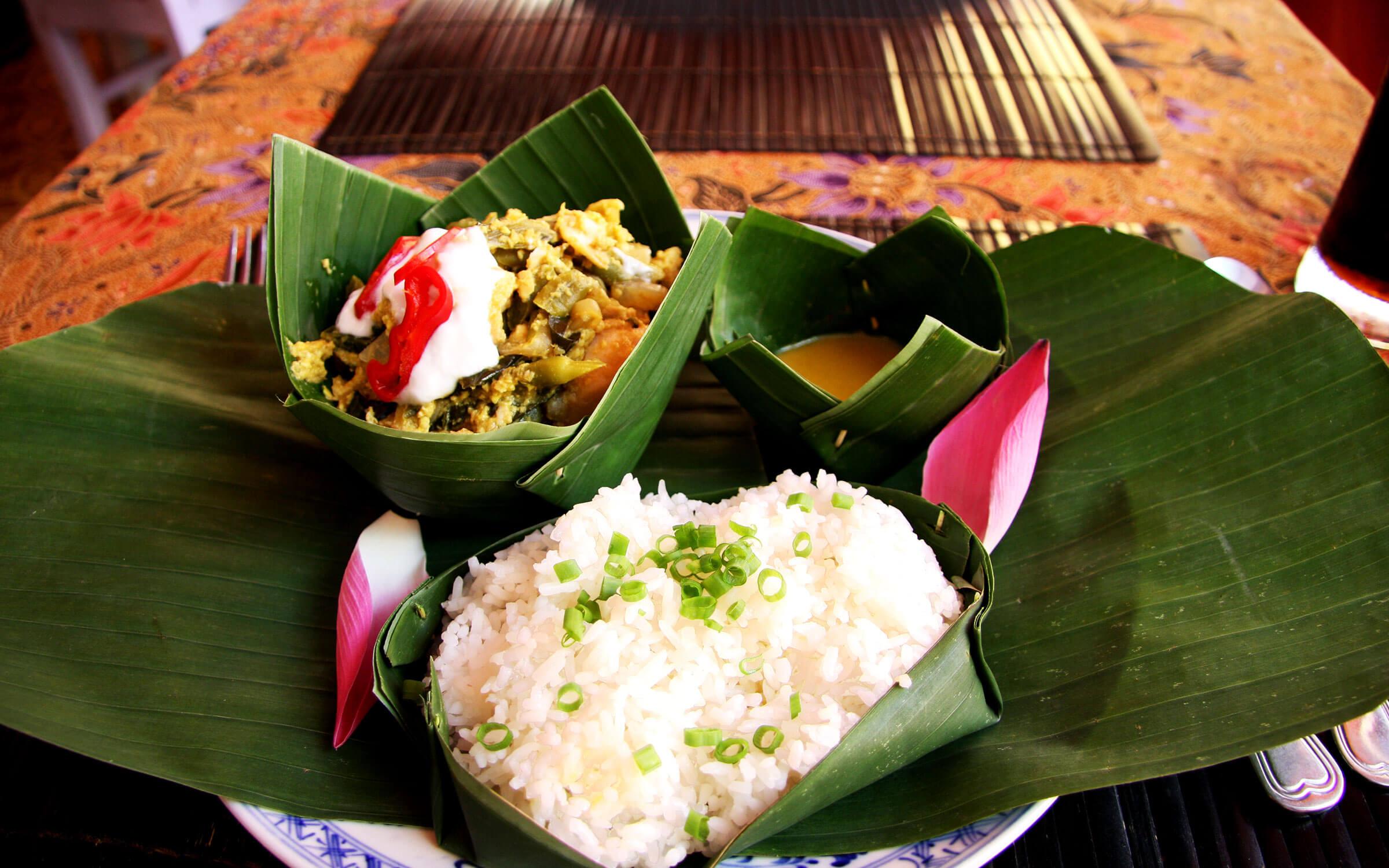 Running Amok in Siem Reap: In Search of the Perfect Cambodian Curry

In the best restaurants in Siem Reap, as in the rest of south Asia (both east or west), curry is the name of the game.

Asian curries are fascinating, as they differ country by country. Even within countries they can also vary from state to state, even within similar ethnic groupings, as they are influenced by factors cultural, religious, agricultural or economical.

Panang is my favourite in Thailand, but in Cambodia, it’s definitely amok.

In Southeast Asian cuisine, mok, amok, or ho mok are all terms that refer both to the process of steam cooking a curry in banana leaves and to the resulting dish.

Some of the classic ingredients include thick coconut cream and galangal, a type of plant that’s in the same family as ginger. But the full list of potential ingredients is long and includes many varieties of leaves and other regional staples.

Amok can be found throughout Southeast Asia, particularly in Cambodia, Laos and Thailand, where it has a rich tradition among locals.

On a recent trip to Siem Reap, I went in search of the best amok in town, starting with a few of my favourite haunts.

A Few of My Favourites

Viroth’s is a great, open-air restaurant that’s been open for years and remains as good as it was a decade ago. A huge menu caters to the many tourists that come here.

I tend to stick to the classics: fish amok and some sort of green mango salad.

“Local” restaurants are a dime a dozen these days, but 15 years ago the Khemer Kitchen was the only game in town.

And ever since, it has remained a shining light of friendly service in a casual setting. You can leave your credit card at home, just be sure to come with at least five dollars – you’ll likely spend less than that per person!

A trendy new place in a palatial building on the river. Great lunch option, with air-conditioning (which is a big plus here).

They have a huge menu and the food is great. The formal service can feel a bit forced, but the food and air conditioning make it worth it.

Chanrey Tree has been around for a couple of years now and probably offers the best balance between fancy and good in town. They’re in a great location on the river and have terrific, friendly service.

After many years of trying, I finally got to eat at the most famous game in town. And let me tell you, it was worth the wait – I will definitely be heading back.

Fantastic Cambodian food cooked by a top French chef and served by his lovely partner. The whole thing is set in a traditional Khmer home and it just works.

This special local restaurant not only serves delicious Cambodian food but is also driven by an important social purpose. Spoons is part of an organization that trains underserved young Cambodians for careers in hospitality. Yes, it’s a training restaurant, but under the tutelage of experts, they produce excellent cuisine!

Beneath a bamboo canopy, sample a wide array of Khmer dishes, including their scrumptious chicken wings with amok sauce!

Vegans and vegetarians can get in on the quest for amok at this bright and delicious little nook.

In addition to vegan pizzas, pasta, salads, burgers, snacks, and desserts, they feature a vegan tofu amok that really hits the spot! Enjoy it with a vegan wine, cocktail, or a fresh smoothie.

After sampling amok and many other tasty delicacies at (what I consider) to be the best restaurants in Siem Reap, I have to confess that for my money, the best dinner option in the city is the three-dollar (that’s right – three dollars!) curry from Khmer Kitchen.

Taste your way through Siem Reap and let me know if you agree!