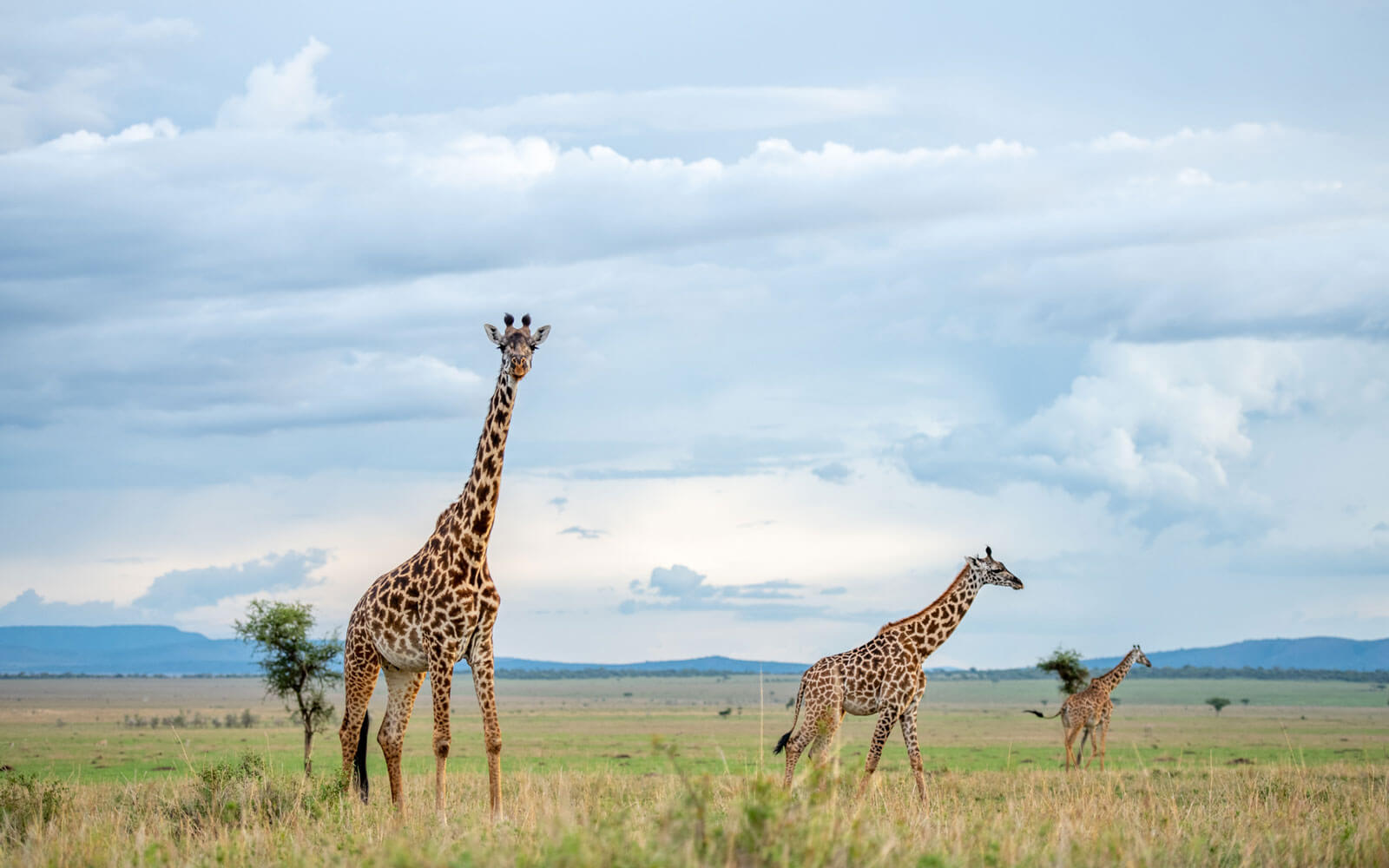 Reflections on a Generational Journey in Tanzania

Notes From the Road | Africa and Middle East | By Butterfield & Robinson

Itinerant trip designer Christine Tucker—Butterfield & Robinson expert for Spain and East Africa—divulges on the success of a recent generational trip to Tanzania and why travelling with young children is worth it.

Reflections on a Generational Journey

They were driving through a mountainous range in Montana when two-and-a-half-year-old Remie chirped from the backseat “it smells like Morocco.” It was the casual and random observation of a child but it was astute—the family had just emerged from a valley ecosystem that had some stirring similarities to the Atlas Mountains—and it confirmed what travel-savvy parents have always known: children absorb something from travel no matter what their age.

And if your long game plan is to enable your kids with a sense of global connection and a deepened understanding of the world, then you must assume that every bit of travel continues to be a building block toward that goal.

“Introduce them to things even if they won’t remember,” Christine Tucker, our east-Africa trip designer argues, “the impression and the feeling and the sensitivity. All those things stay with them.”

Remie’s sniff of connection serves as a reminder of the primary way we are introduced to new places: through our senses. These are the intangible details that a child uses to frame her world—and that we, as adults, often blindly bypass, or forget to give much attention to. The perfume of lilacs in the spring, the buzz and frenzy of an outdoor market, the whistle of a bird after a long-cold winter—these tiny details carry the weight of memory.

Parents don’t want to stop seeing the world simply because of their kids, nor should they, but as a parent it is not uncommon to fall into the default position that travel must pause until the kids are “cognizant” and can relay exactly what they have experienced back to us. But their ability to verbally articulate what they’ve seen has no play on what they’ve experienced—that’s an adult preoccupation. If anything, their rudimentary and face-value interactions with the world serve as a reminder of why we should pay closer attention to detail, that we should lead with the senses, that children, in turn, have something to teach us.

“My five-year-old can’t talk about conservation or give a lecture but she understands, in her terms, and can build toward that future conversation. But first must come a sensitivity to animals and respect for the natural world.”

An American ex-pat living in Switzerland with her young family, Christine has nurtured an itinerant lifestyle most of her adult life. It seems more than likely that that will be passed onto her children; her kids have joined her on the road from a young age. At six months Remie was touring Andalucia, a moon-faced accomplice, as they vetted hotels and lunch spots.

The benefits of travelling with your children are great at any age, but as with anything child related, there must be balance.

On a recent phone call with a traveller she was planning a trip for, Christine recalls trying to dissuade the traveller from changing safari lodges with her two young kids, every two nights. The traveller, understandably, was grappling with the desire to hit all the best spots in a certain amount of time. With kids on the journey as well, Christine knew that moving that frequently would likely tire them out; that the family would need to find their stride and that staying at a lodge a few more nights would help bring that out.

Why safari works so well for generational travel

There’s the constant balance of knowing your kids (and their limits) and giving them enough room to relax around a place, taking time to flit about some morning without a hard-wired schedule. Trying to cram in too much can cause over-stimulation. In fact, Christine often advises just the opposite “don’t try to see everything, instead slow down to the rhythm of where you are.” Often just a change from your everyday life is enough to spark new associations in a child.

Keeping it simple in terms of ground covered is one of the reasons Christine loves to choose safari for family trips. It’s the format that best serves a large group of divergent ages, expectations and interests.

Last year, Christine arranged for her extended family to get together to take in the wonders of Northern Tanzania. Trying to gather and accommodate her partner (an individual with a strong desire not to be in a car for more than 5 hours at a time), her two young daughters (4 and 8), her almost eighty-year-old mother (agile, yet looking for less rigour than, say Christine) and her brother (who generally angles for trips that celebrate late nights), made it clear that the exercise was less about where to go but how to go.

Safari operates with the same underlying principle as a Butterfield & Robinson trip: everything is taken care of so that you don’t have to worry about a thing. There’s a schedule, but you can scrap it or modify it as you please. There’s an emphasis on slowing down to move at a pace that allows discovery on your own time. You are there to soak it up—not cruise through.

Different personalities thrive in such a setting: Grandma could be active or sedentary as she pleased; for her, the best part was watching her grand-kids interact with everything in their sight-line, people and lodge alike; after bonfires and sundowners with the whole family, her brother could stay up late with other guests at the lodge; parents could elect to jump on safari or not depending on energy levels, meanwhile the kids scrambled around the lodge-making friends with the kitchen staff and learning to stumble a bit. As a parent Christine felt she could be a little more hands-off in this environment allowing her daughters to feel more resilient as a result.

“Everyone gets something out of it without it being a huge orchestrated event.”

“The safari setting made everyone feel so comfortable and taken care of. It was thrilling to watch the kids be blown away by everything they love and for us, as parents, not to have to think about meals or where to eat.”

Despite usually despising car rides her children loved the freedom of the safari jeep and could spend large parcels of time out with the guides seeking out big animals, becoming versed in the craft culture of Tanzania, taking in the differently shaped trees.

The beauty of travel is that it jars us from the usual. It has the power to elevate quotidian events—so that a lingering meal becomes entirely memorable, enhanced in this case by a panorama of the Serengeti, as the sun tucks into the horizon.

You experience a culture by immersing yourself in the sensory milieu. Children do this intuitively. Sometimes we must remind ourselves to.

Part of the work of Trip Designers is the continued cultivation of their own awe; how that sense of earnestness and excitement toward the wonders of the world must be preserved and continually evaluated. Having kids along with you forces you to do a better job of that—in your day-to-day life and in your professional role as well.

Travelling with children, no matter the age, goes beyond showing them the world. It reminds you how to see the world too.