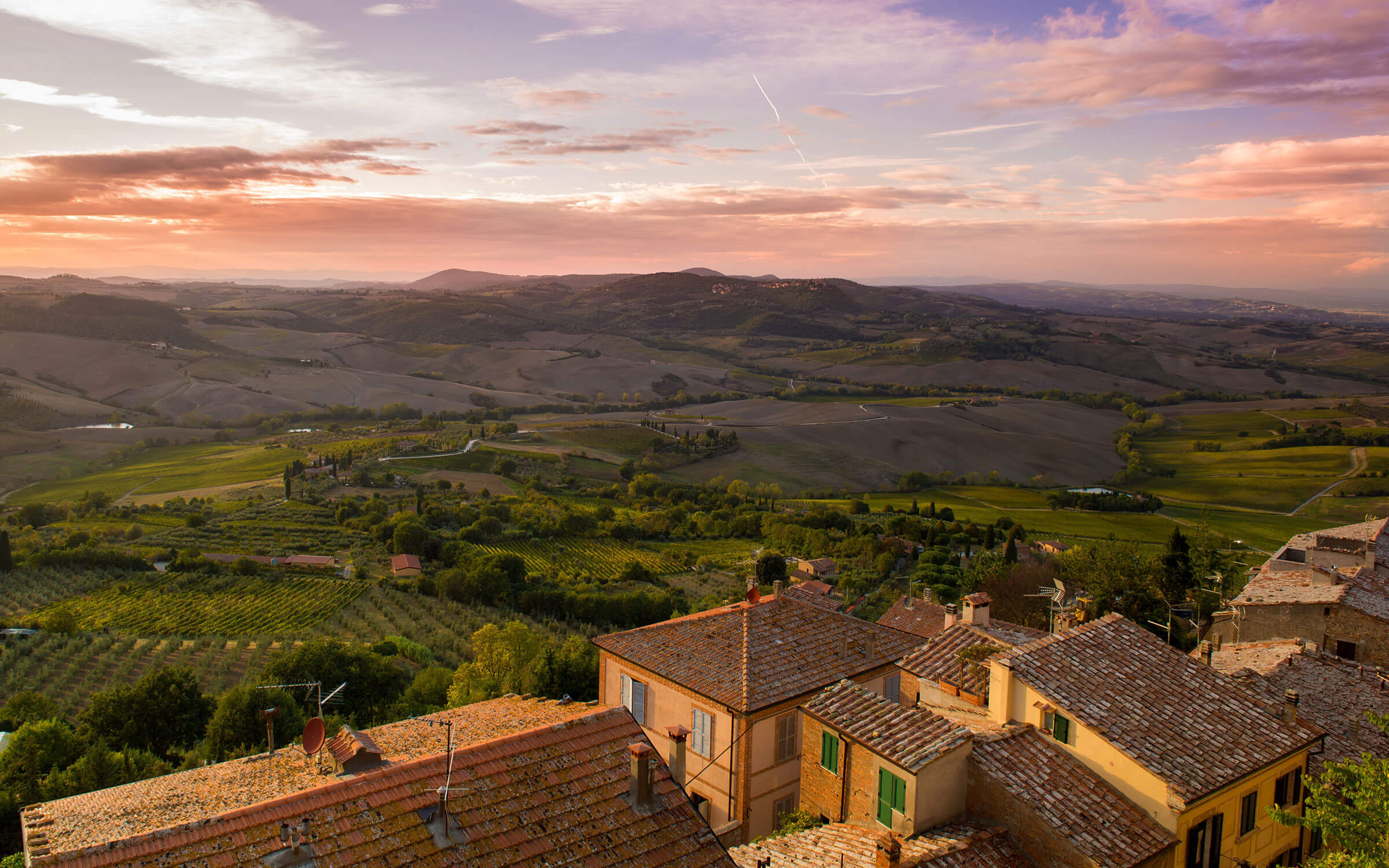 Immersion Kit: What You Need to Know About Tuscany

At The Slow Road we pride ourselves on getting in deep and up close. If knowledge of a region is power, access is authenticity—and we’ve spent decades forging the relationships that grant us both. But the road, like so many of life’s great pleasures, is better shared.

So allow us to shed some light on a few of our favourite places and give you a head start for getting in deep. As for the other half of the immersion equation—getting up close—well, it should go without saying that we highly recommend it.

Tuscany: The Epitome of Italy

Few other regions have contributed as much to our modern-day conception of Italy as Tuscany. Much of the country’s artistic, oenological and culinary traditions stem from the region, as does the language itself—a gift from Dante. The first to write in the vernacular, he gave importance to his own dialect of Florentine, which became the nationally recognized language.

Physically, the Tuscan countryside is one of the most beautiful and varied landscapes in Europe. Like a patchwork quilt, it comprises verdant sections of olive trees and vineyards, while cypress trees stand at attention, punctuating the land like exclamation marks.

Tuscany is home to numerous renowned wines, including Brunello di Montalcino, nurtured in the hills south of Siena, and the Super Tuscans of the coastal area of the Maremma. Perhaps the most famous of all, however, is the vinified bounty of the Chianti region, bordered by the traditional Siena-Florence trade route on one side, and the Arno River valley on the other.

The red wines of Chianti are relatively dry, tend to have a ruby-red colour and move toward a garnet colour with age. Red Chianti wines generally feature a minimum alcohol content around 11.5 per cent, while white varieties have a slightly higher alcohol content of about 12 per cent.

One of the hallmarks of Chianti wine is its versatility; the young varieties go well with antipasti, pasta, roasted white meats, red meats and game and are best served at room temperature.

Once called “the king of all wines” and still considered one of Italy’s finest reds, Montepulciano was one of the first wines whose origin was guaranteed by the Italian government.

To learn more about Chianti and Montepulciano, check out Vines 101: Chianti.

So much of what we today think of as Italian cuisine has its roots in Tuscany. Imagine a sumptuous Italian feast and it’s hard not to picture bruschetta hot off the grill topped with fresh tomato, basil and olive oil; a thick Florentine-style T-bone steak, or biscotti dunked in a caffe latte.

Cacio, as it is known, is the only cheese in the region to receive the DOP mark, though Italy’s inhabitants have long recognized it as a superior product, from the Romans to the poets of the 18th century (who wrote about the Tuscan sheep cheese). The fields of the Crete Senesi, just to the south and west of the Val di Chiana, make for perfect grazing for the sheep. The large wheels—fresh or aged, some under ashes, truffles or even tomatoes to alter the flavour—must have a diameter of no more than 22 centimetres and no fewer than 15, and a thickness not exceeding 11 centimetres nor less than seven.

Try it at home:

A fantastic way to savour pecorino is to cut a slice of the semi-aged cheese, put it on a plate with fresh pear slices and drizzle honey over top. The combination is out of this world!

Cacio is just one of many quintessentially Toscano delicacies. Still hungry? Check out Cuisine 101: Tuscany to learn more about the region’s delicacies.

We’ve partnered with Longitude Books, experts in travel literature, to prepare a comprehensive list of books, from novels to great guidebooks, that have really opened up the region to us. Find our Essential Reading List below, and check out the full list at Longitude Books.

Every Day in Tuscany, Seasons of an Italian Life
Frances Mayes

Twenty years later the writer of Under the Tuscan Sun is still besotted by Italy—her house, the tumbling geraniums, the people and the food—all lovingly documented in her best memoir yet. With interludes in Portofino, Assisi and Rome and a focus on Renaissance master artist Luca Signorelli.

Insight Guide Tuscany
An illustrated guide in the popular series, noteworthy for its maps and illuminating short essays on food, history and culture of the region.