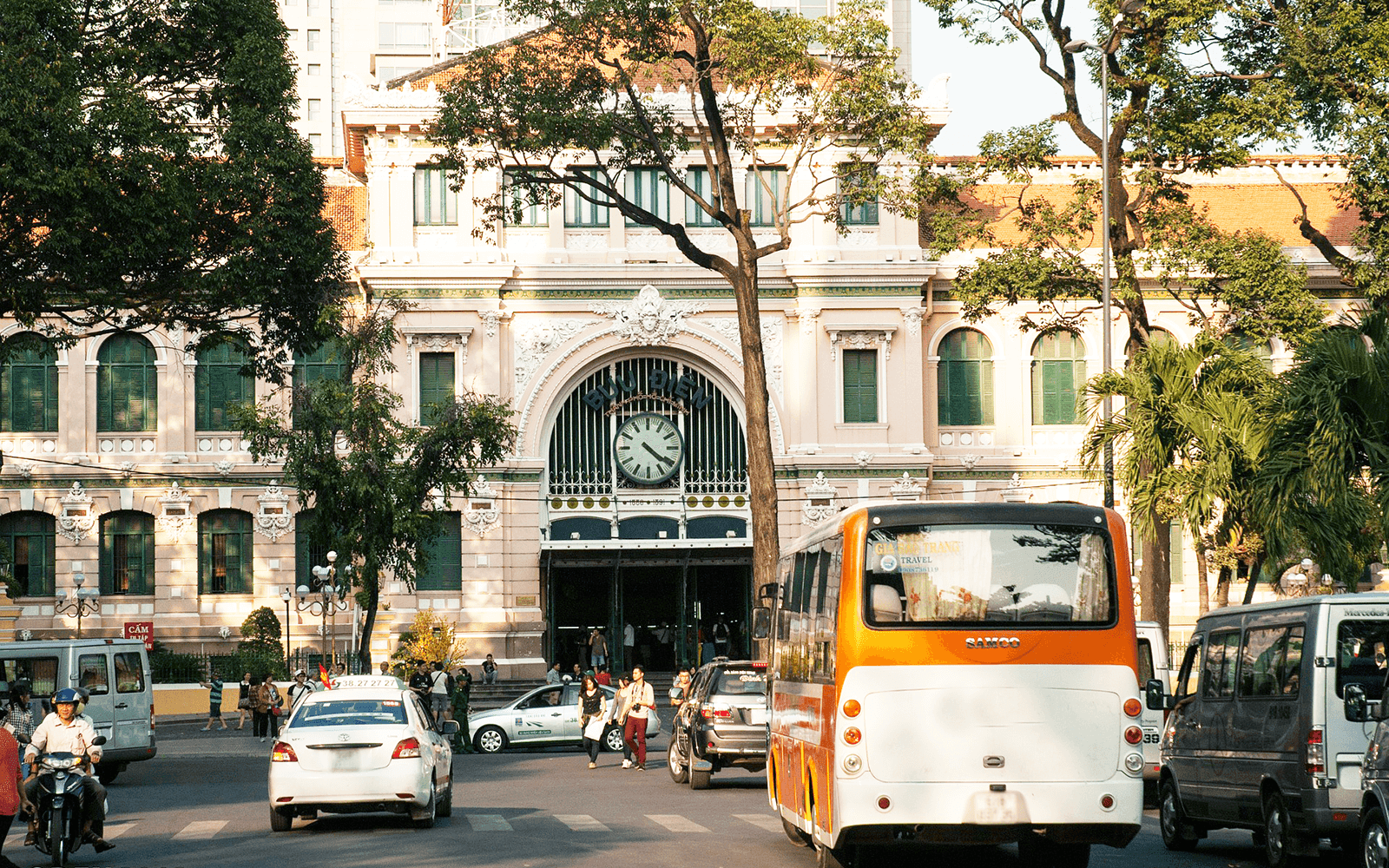 Beginning as a small fishing village inhabited primarily by the Khmer people, Ho Chi Minh city, formerly (and still occasionally) known as Saigon, has grown into the largest city in Vietnam.

An Influx of Refugees

The small fishing village known as Prey Nokor was inhabited for centuries by Khmer people before the arrival of the Vietnamese. The original Vietnamese settlers were refugees fleeing south into the Mekong during the Trinh-Nguyen civil war in Vietnam in 1623. Gradually, increasing waves of Vietnamese settlers began taking over the region, and the Cambodian kingdom, in a weakened state from their war with Thailand, was rendered powerless to intervene in the settlement of the area by the Vietnamese.

In 1698, Nguyễn Hữu Cảnh, a Vietnamese noble, was sent by the Nguyen rulers of Hue to establish Vietnamese administrative structures in the area, thus officially claiming the area from Cambodia, and Prey Nokor became known as Sai Gon.

“Paris in the Orient”

However, Vietnamese power over the city was relinquished to the French in 1859; Saigon was occupied and made capital of the French colony of Cochinchina. The city began to expand and develop under French influence and a number of colonial-style buildings were constructed, as Saigon became referred to as “Paris in the Orient.” After the end of the Second World War, Saigon remained the capital of the French colony of Cochinchina.

After the Vietnam War

Later, from 1954 to 1975, Saigon was the capital of the independent state of South Vietnam. At the conclusion of the Vietnam War, on April 30, 1975, the city came under the control of the Vietnamese People’s Army, and in 1976, upon the establishment of the unified communist Socialist Republic of Vietnam, the city of Saigon was renamed Ho Chí Minh City in honour of the late communist leader Ho Chí Minh. The former name Saigon is still widely used by many Vietnamese, especially in informal contexts, and the word “Saigon” can also be found on shop signs all over the country, even in Hanoi. (It’s also worth noting that one of the city’s boroughs, District 1, is still named Saigon. Often the entire city will be referred to as Saigon when speaking of this district, much as the name New York is often used when people refer to Manhattan.)

Born in 1890, Ho Chí Minh spent more than 30 years of his life outside of Vietnam. He spent time working in New York and studying in Moscow and Paris, giving him an intimate understanding of both the Americans and the French. Perhaps this is why he was able to defeat both. His communist activities began early on with his studies of Marxism after the end of the First World War. Not only was he the founder of the Viet Minh (Vietnamese Communist Party), he was also a founding member of the French Communist Party in Paris. In 1925, he established the Vietnamese Revolutionary Youth League in Canton, China, thereby beginning his long struggle for Vietnamese independence. Twenty years later, Ho Chí Minh declared the independence of the Republic of Vietnam in Ba Dinh Square shortly after the defeat of the Japanese forces in China. Ironically, he based his famous speech on the American Declaration of Independence.

The French surrendered to the Viet Minh after the battle of Dien Bien Phu on May 7, 1954, thereby ending French Colonial rule. The Geneva Accords were signed in 1956, dividing the country into the North and the South at the 17th parallel. The Americans were determined not to allow the South to fall to Ho’s communist forces. Ho died in 1969, so when Saigon fell to the Viet Cong in 1975, he was not there to see his dream of a unified Vietnam come true. His body was preserved by the same doctor who worked on both Lenin in Moscow and Mao in Beijing. Ho lies in state in a glass case within the Mausoleum in Hanoi, which is open for visitation in the mornings only.