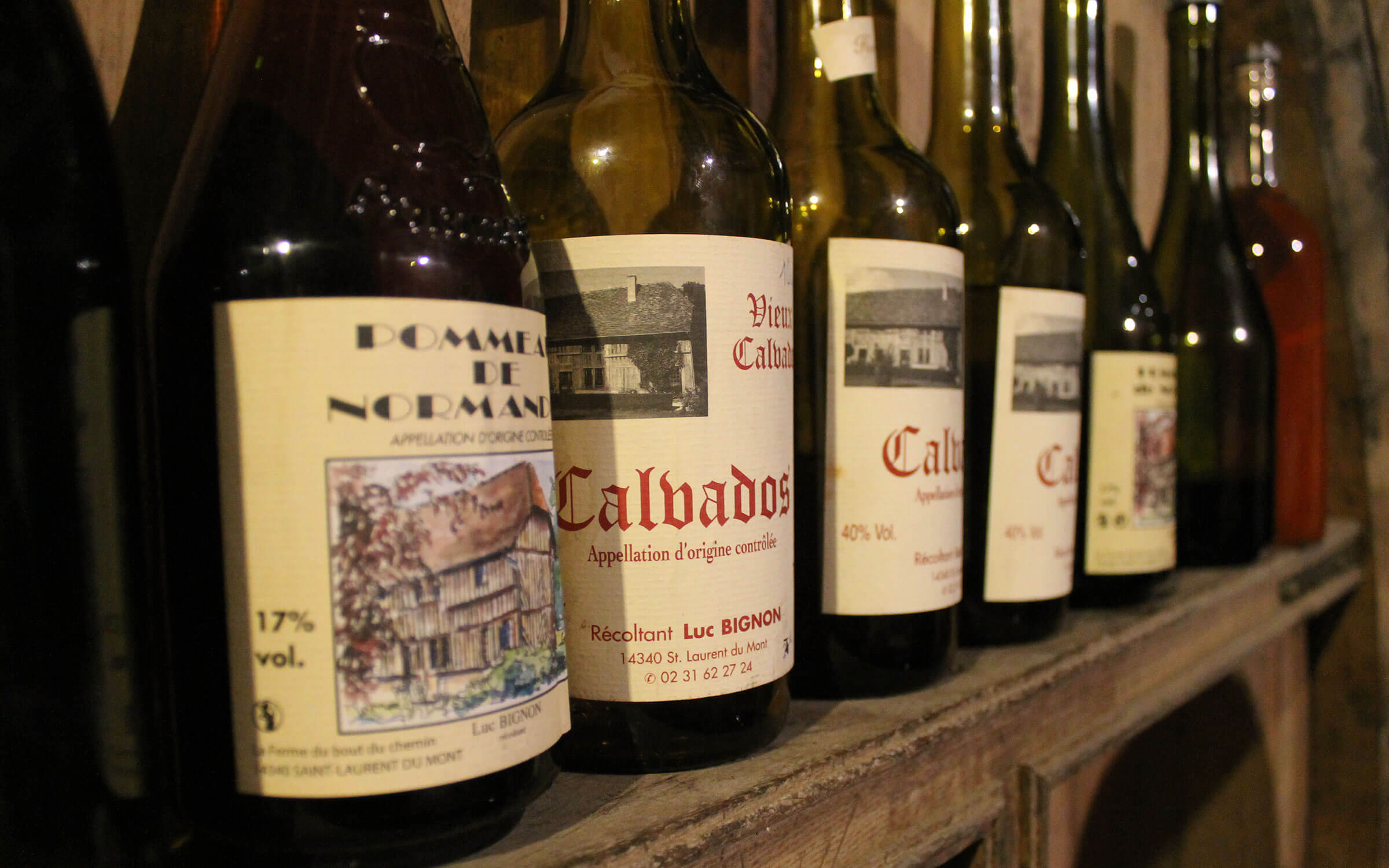 Japan has sake. Burgundy has pinot noir. Normandy has Calvados and Cider.

An apple brandy from Basse-Normandie (Lower Normandy), no Norman dinner is complete without Calvados as a digestif—served at room temperature, of course. Smaller shots are also served in the middle of a big dinner to re-awaken the appetite, a tradition known as the Trou Normand.

To produce Calvados, fermented cider juice is double distilled according to the traditional methods of the Pays d’Auge, the AOC (appellation d’origine contrôlée) from which it hails.

After distillation, Calvados is aged in oak casks, giving it both its aromatic bouquet and its unique colour range, from golden to amber. There are three different grades of Calvados, based on how long it has been aged in cask: the five-year-old Reserve, 10-year-old Grand Reserve and 20-year-old XO. For a twist, a popular local drink is the softer and sweeter Pommeau, a mixture of apple must and Calvados. Aged in an oak cask, this makes a delicious apéritif or dessert “wine” served chilled.

Apple Cider, A Millennium in the Making

Apple cider, once called Pomade, has a long tradition in Normandy. Imported from Spanish Basque country in the 11th or 12th century, it completely replaced the wine, soft beer and mead consumed in Normandy during the medieval era. The alcohol percentage of cider is about four to five percent and comes in several varieties, including brut, demi-sec and doux (less alcohol).

Attractive orchards with local apple tree varieties such as Bergerie de Villerville, Coquerelle, Frequin Rouge, Bisquet, Noël des Champs, Saint Martin and Bedan surround Deauville and pepper the Pays d’Auge. Their apples are harvested and picked by hand from September to December, then kept in crates until they attain a perfect ripeness. There are more than 20 apple varieties, which provide the bases of both Calvados and cider.

After the apples are crushed in a restored old press, the must is gathered in stainless steel tanks where the fermentation can be perfectly monitored throughout the winter. After three months the fermented juice is assessed on its colour, density and aroma. Finally the cider is bottled and left for two months to develop its “bubbles.”