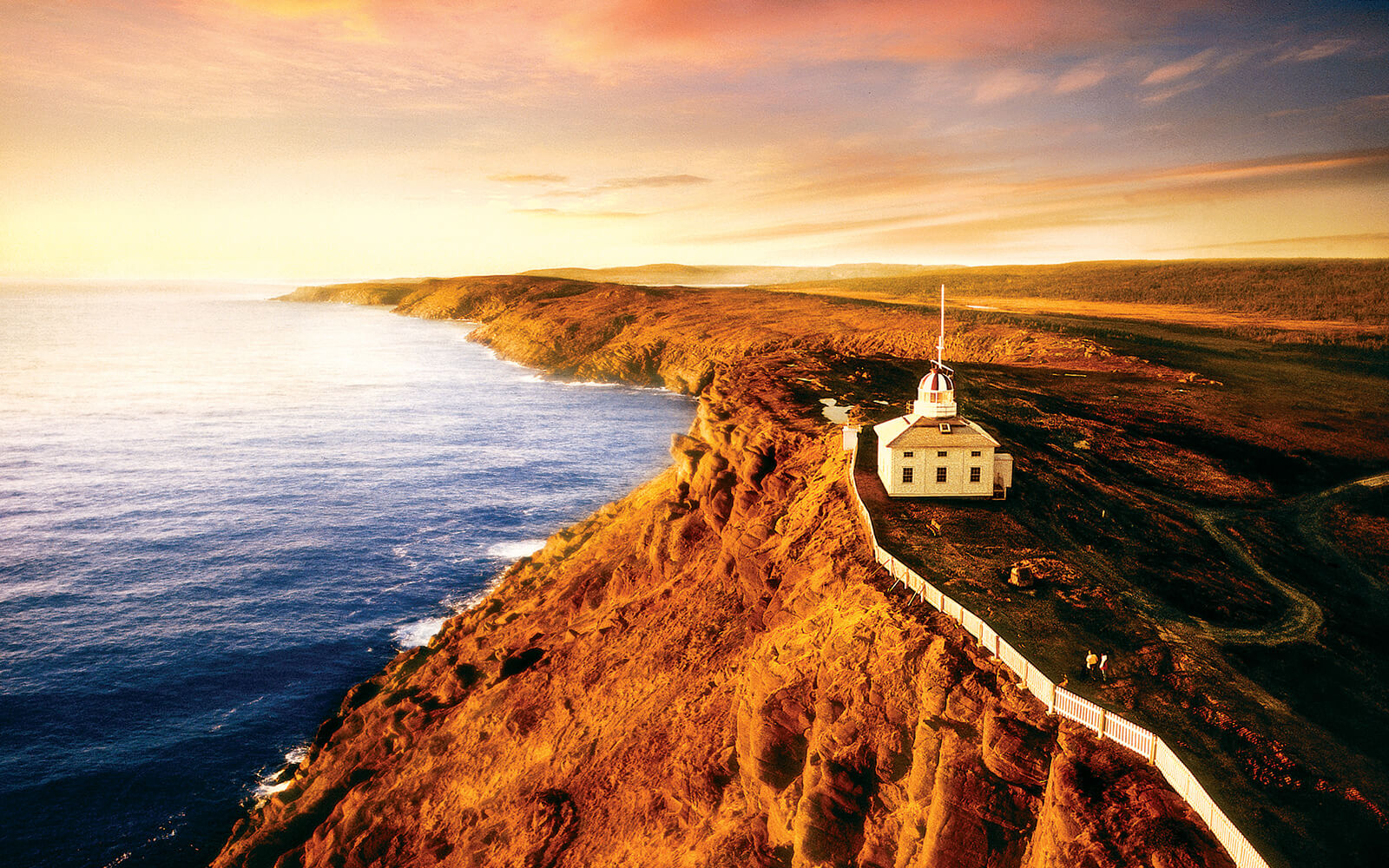 Set upon Newfoundland’s craggy Atlantic coast, you’ll find the charming and colourful city of St. John’s. With a population of just under 110,000 this provincial capital, while small, has a lot of history behind it. The easternmost city in North America, St. John’s is also one of the earliest European settlements on the continent.

Italian explorer John Cabot (a.k.a. Giovanni Caboto) first sailed into the harbour in 1494, and then-abundant Atlantic cod stocks led to the establishment of seasonal fishing camps in the early 16thC. Subsequently, by the 1540s, Portuguese, French, and Spanish ships were known to make an annual appearance in search of fresh fish.

Just look around you. The colourful houses on ‘Jellybean Row’ allude to their multi-varied hues, and the city has a small-town, friendly feel that’s hard not to love—people will literally stop their cars in the middle of the road to let you cross, and folks still hang their laundry out on clotheslines to dry. Here’s my ideal way to spend a perfect day in St. John’s.

Let the day begin easy: start with a coffee & fresh-baked goodies delivered straight to your own room at Inn by Mallard Cottage, overlooking the water in the little village of Quidi Vidi.  The property is a brand-new build, the brainchild of celebrity chef and entrepreneur, Todd Perrin.

Don’t go too far; head for an easy brunch at Mallard Cottage’s adorable gastropub, complete with an over-the-top dessert bar. Set in an 18thC Irish/Newfoundland-style cottage, one of the oldest wooden buildings in North America, it is also a National Historic Site of Canada.

The food here is comforting yet creative, featuring traditional East Coast ingredients (namely, cod), along with other unexpected delights (moose tongue, ice shrimp). The menu changes by the day and with the season.

Fueled for activity, trace the coastal path on North America’s easternmost coastline. The East Coast Trail connects Quidi Vidi Village to St. John’s, via the city’s iconic sights on Signal Hill, a National Historic Site of Canada. Here, the Gothic Revival-style Cabot Tower dates to 1898, and was built to commemorate the 400th anniversary of John Cabot’s discovery of Newfoundland.

Arrive via The Narrows, an important defensive spot that protected the city from pirates and enemies all the way through to the Second World War.

As you arrive in town, a late lunch at The Rocket Café will hit the spot. It’s a vintage-style bakery that also serves up a hearty selection of salads and sandwiches, all lovingly made from scratch. Chase your meal with a coffee or tea and perhaps a local partridgeberry macaron.

Browse the galleries and shops of Water Street, once a trading post for Basque, Spanish, Portuguese, French and English merchants. Still a commercial hub and the main commercial thoroughfare in town, some things never change!

Delve into the rich heritage of Newfoundland and Labrador on a visit to The Rooms Museum, which is built in homage of the ‘fishing room’ structures that once lined the harbour.

Within, take a tour of local art, along with the provincial archives and museum. After your visit, settle in for tea and an afternoon treat with epic views of the harbour and the city from The Rooms Café.

When the early evening rolls around, there’s nothing better than indulging in the seafood so characteristic to the region. And that can only mean one thing (at least for me): a pre-dinner cocktail and a round of oysters at Adelaide Oyster House.

Make your way to one of Canada’s top restaurants, Raymond’s, which makes the most of Newfoundland’s bountiful produce, proximity to the ocean, and wild game. Chef Jeremy Charles has a fine dining background, and he artfully juxtaposes and elevates rustic, home-grown ingredients to maximum effect. One thing’s for sure: you’ll leave ‘chinched’—that’s ‘full’ in Newfoundland speak.

A local classic, it isn’t right if you don’t end the night at the local favourite, The Ship Pub, with some post-dinner pints and live music. (If there’s room, you might want to try the crispy fish cakes, made here with—you guessed it—salt cod). It’s unpretentious and always a great time.

Back to The Slow Road Blog
Photography credit: Water Street via Ian Pettigrew
The Rooms via Kathi Penney Stacey