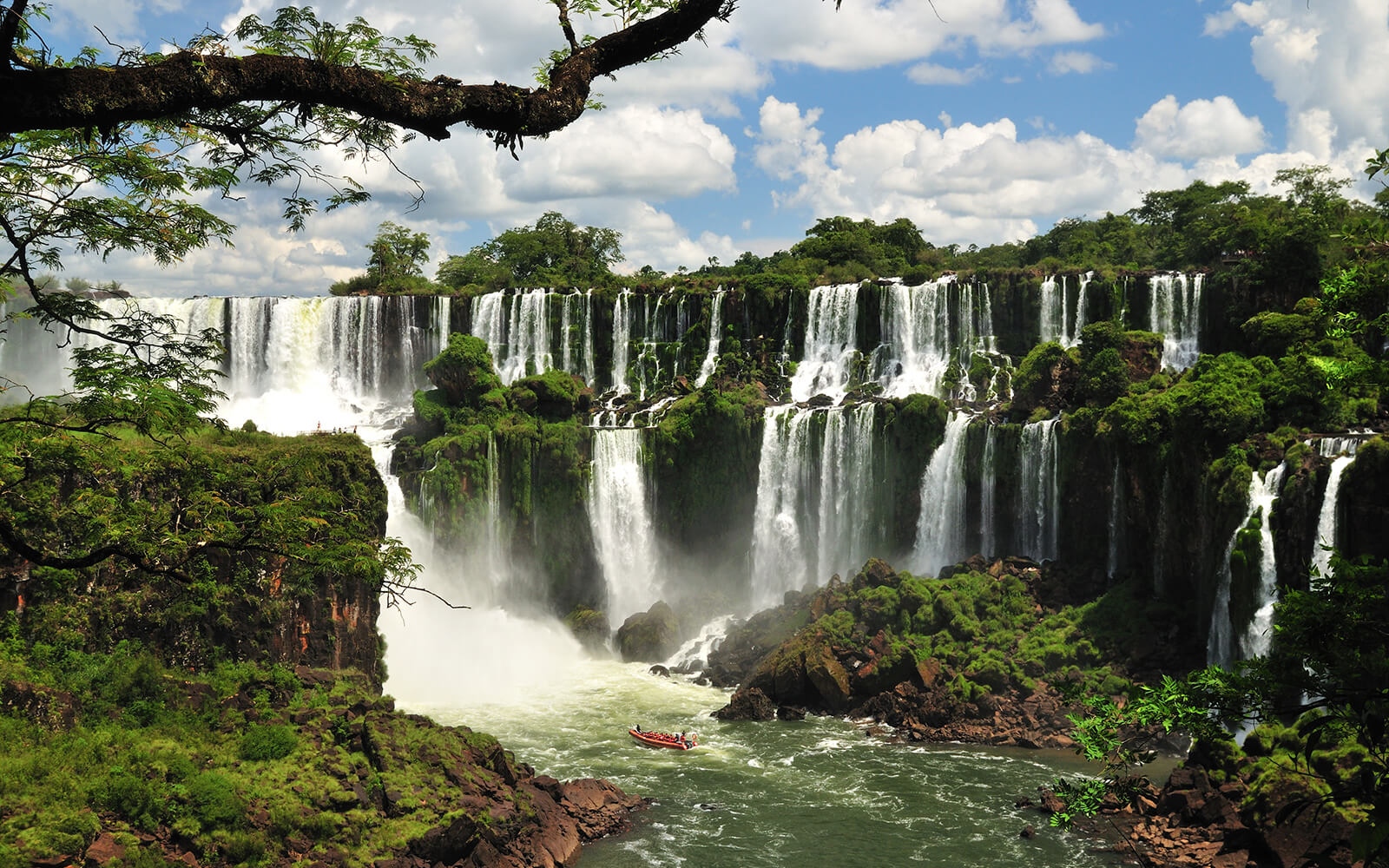 A native Argentine and longtime Trip Designer for B&R, I’ve heard many of my travellers express their wish to see as much as they can in Argentina on their first visit.

But with the eighth-largest landmass in the world, with the length of the country spanning the distance of New York City to Seattle—that’s about 4,600 kilometres (or 2,680 miles)—it’s nearly impossible to do, unless you have two months to devote to your explorations. (In which case, I’m happy to design an Argentina trip for the ages!)

One region I’d like to highlight, which flies under the radar of most, is northern Argentina, where I was born and raised. With incredible variety, you can sample spectacular wine, see the famed Iguazu Falls, travel through high Andean landscapes, not to mention deserts and cloud forests alike, all in a short amount of time.

Buenos Aires: Gateway to the Country

Argentina’s capital city is most likely your entry point to the rest of the country. With a population of 16 million people, there is plenty to see and do here in B.A. It’s a city of immigrants, starting from the first Spanish settlers in the 16thC to the big wave of Europeans in the late 18thC, along with Middle Eastern immigrants, as well as people from surrounding countries in more recent years.

With a noticeable European flair, Buenos Aires is a walkable, relaxed city where you want to stroll, sit down and enjoy a coffee, have cake, and repeat the cycle throughout your day in its many neighbourhoods.

You might start in the Beaux-Arts beauty of the Recoleta area or the lively restaurants, bars and boutiques of Palermo. If you happen to be around on a Sunday, do not miss a stroll through our grand parks, filled with cultural activities and goings-on like local fairs, arts and crafts markets, and workshops—Buenos Aires invites you to be a part of it and participate!

Founded in 1582 by the Spanish, largely as an administrative centre for silver mining, Salta refers to the metropolitan city, as well as its surrounding province in the northwest of Argentina.

The city is framed by the peaks of the Andes and its valleys, with colonial architecture throughout the old town. The main square, Plaza 9 de Julio (named after our date of independence) is ideal for people-watching, lined with cafes and different architectural styles, along with the distinctive pink-and-white facade of the Salta Cathedral.

The most fascinating stop in town is the Museum of High Altitude Archaeology (MAAM), which highlights a rare find: three Incan children who were chosen for ritual sacrifice five hundred years ago. Naturally preserved due to the high altitudes, they were discovered in 1999 by archaeologists atop Mount Llullaillaco on the border of Chile and Argentina, land that was once part of the Incan empire.

Expert Tip: Remember the tradition of afternoon siesta prevails, so most businesses close at midday for a few hours. I’d also recommend you try the empanadas here, as they are truly the best in the country. (Don’t attempt to eat empanadas in Buenos Aires—they pale in comparison).

One of the greatest attractions of northwestern Argentina is the sheer diversity of the landscapes. One of my travellers once joked that napping in the B&R van was out of the question, because they didn’t want to miss any of the sights along the way! Truly scenic, and not ‘boring’ at all, as we travel along the original roads of the Incas.

When we are out in the backcountry, landscapes change in rapid succession. Consider the dramatic curtain of water that is Iguazu Falls, then imagine yourself in the peaks of the Andes, itself a study in contrasts.

On its western slopes lie cactus-studded desert, and just thirty minutes away and looking east, the lush Yungas cloud forest is continually drenched with moisture. Or feast your eyes upon vineyards, yerba mate tea plantations, and olive groves as we pass through the ever-changing terrain.

Argentine Cuisine and the Art of the Parrilla

The parrilla, or grill, is everywhere in Argentina. It’s the quintessential way of cooking, in our homes, restaurants, and even street food stalls. Meat is grilled slowly over embers (not a fire), a throwback to the days of the gaucho, the South American outdoor cattle wrangler. Meat is so good here that only salt is added for seasoning, and once crisp, it is terribly delicious!

While we have a tremendous coastline of nearly 5,000 kilometres (3,100 miles), we are not a dominant fish-eating country or culture, and export most of our seafood. We love our beef, sausages, pork, and pasta! We also have a sweet tooth and love desserts and coffee, thanks to our Spanish and Arabic influences.

With the highest-altitude vineyards in the world, the history of winemaking in Argentina derives from the Spanish colonization of the Americas as well as Christian missionaries.

The fifth-largest producer of wine in the world, Argentine-altitude wines emphasize quality over quantity. The arid, high elevations are excellent growing conditions for the Malbec grape, and the white Torrontes varietal unique to the country.

There are many wines of distinction to enjoy from the most famous wine region, Mendoza, as well as the emerging Cafayate wine region. Check out some of our favourite wines in Argentina (and neighbouring Chile).

Return to Your Senses: Sky and Silence

With wide-open spaces, you can appreciate the tranquility of rural Argentina. For instance, on a clear night, simply look up for a full view of the Milky Way.

Or see how the full moon lights up the contours of the landscape, and soak in the silence of the desert. (No honking horns or ambulances here—rather frogs, and crickets).

Modern art lovers need no introduction to artist James Turrell’s renowned compositions of light, space, and sky. His museum in Colome lets you experience his work at its maximum intensity at sunset—a rare treat.

A Place of Contrasts, A Place to Slow Down

Argentina is a land of contrasts and regionalism, so every little corner we travel to is different. There’s a unique blend of both European and Indigenous cultures here, which comes through in the faces of the people, the flavours of the foods, and the way people live. You, too, will find yourself adjusting to the slower rhythms of South America—a siesta here, an afternoon of relaxation or perhaps a massage—or quite simply, the art of doing nothing.