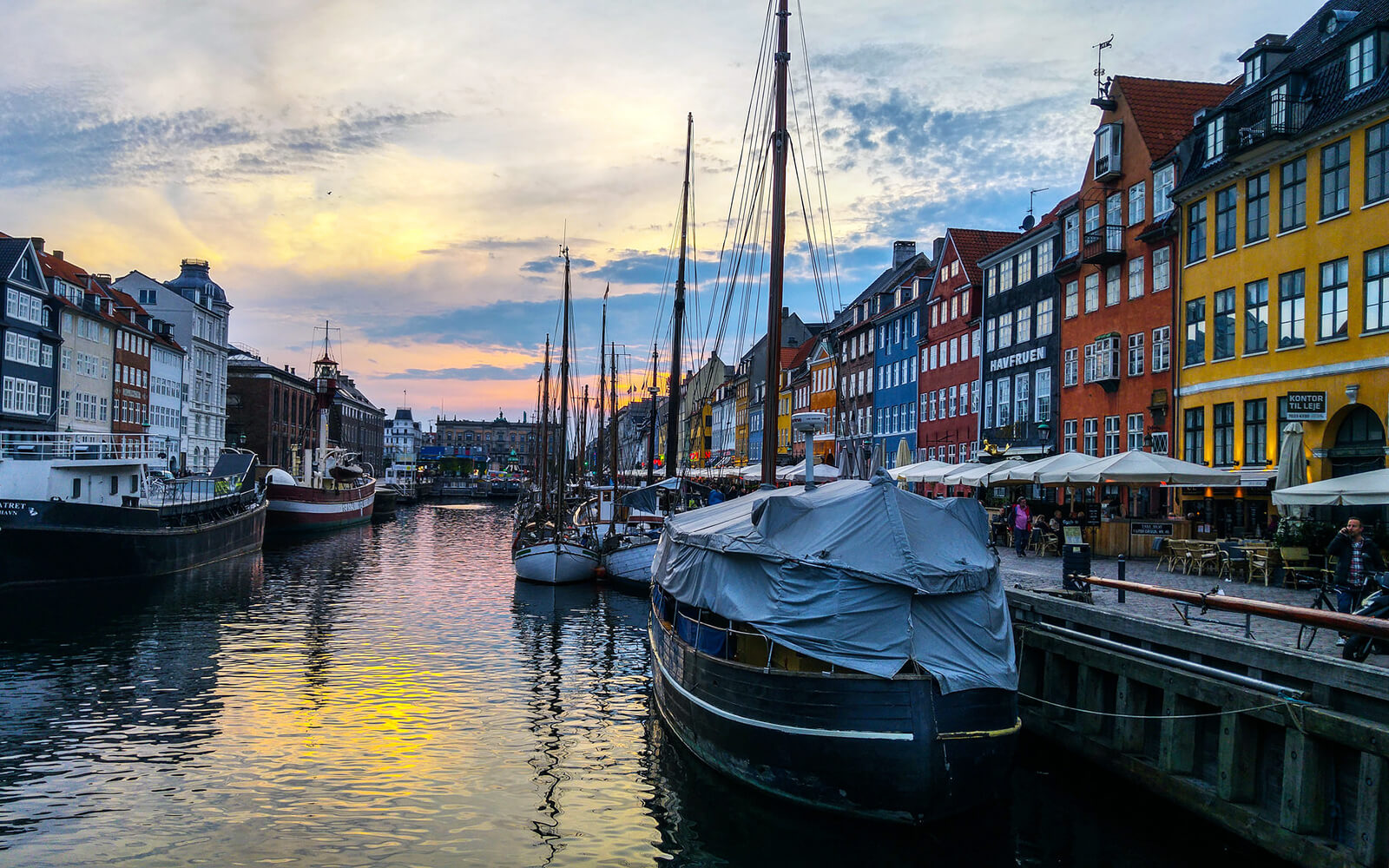 What We Love About Denmark

With a high standard of living, the royal country of Denmark is one of the oldest monarchies in Europe, having been established as early as the 10thC. Known for their Scandinavian liberalism and ingenuity, the Danes have created one of the most liveable countries and cultures on earth. From cycling and coffee culture to the loveable Lego bricks, the inspiration for Shakespeare’s Hamlet, and the concept of hygge—here are a few simple, but profound reasons why Denmark’s charms run deep.

This might begin at a very early age – kids play outside, in coats and rain slickers and boots if it’s raining, every day.  (Their playgrounds, incidentally, look like natural events courses with logs and mounds and tunnels.  They make me want to hop off my bike and play too).

That means you’ll always pass people enjoying nature on the bike trail—on skates, on horseback, on balance bike—with a smile no matter the weather.  And it also means that they really value natural spaces: 2018 saw the inauguration of the Royal North Sealand National Park).

Great as in vast, well-preserved, and photogenic.  From the spacious stronghold of Hamlet’s Kronborg to the art-filled beauty of Frederiksborg to the Royal Palace of Amalienborg, where you might see a royal cycling her children to school, the castles of Denmark are as beloved as their down-to-earth royal family.

By this, I mean that they have a strong aesthetic sense and are house-proud.  Beautifully tended gardens, appealing interiors and chic shops make Denmark a feast for the eyes in the little, oh-so-harmonious details.

They embrace their Dannebrog (the cheery red and white Danish flag) not so much out of patriotism as out of appreciation for the bright touch of colour it brings to festive occasions. Beautiful and cozy surroundings are also an important part of hygge—that uniquely Danish sense of warmth, coziness, and solidarity (along with positivity, family and friends).

We can thank the New Nordic Manifesto for helping to transform Danish eating habits: fresh whole-grain breads, herb-laced touches, perfectly cooked seafood and meats, and sweet finishes, all  the norm just about everywhere you eat.

From an open-faced smørrebrød sandwich to a multi-course Michelin-starred dinner, the portions here are just right and the flavours fresh, distinct, with a real sense of place.

They love to ride their bikes.

With more bikes than people, Denmark’s legendary cycling culture is one to behold—nine out of ten Danes own a bicycle, and children learn to ride their bikes at an early age.

With cycling ‘superhighways’ and 400 kilometres (250 miles) of bike paths in Copenhagen alone, you’ll see people riding year-round in rain, snow, and sleet. In Denmark, the pleasures of the slow road are unparalleled, and I just love that!

Copenhagen—one of the great cities of the world.

Although it’s a capital city, Copenhagen still feels wonderfully human-scale.  Home to just about 600,000 people, it is filled with lively and eclectic neighbourhoods, an incredible range of restaurants, fantastic architecture both historic and boldly contemporary, beautiful design, and wonderful green spaces. It’s no wonder that Danes are some of the happiest people on earth!