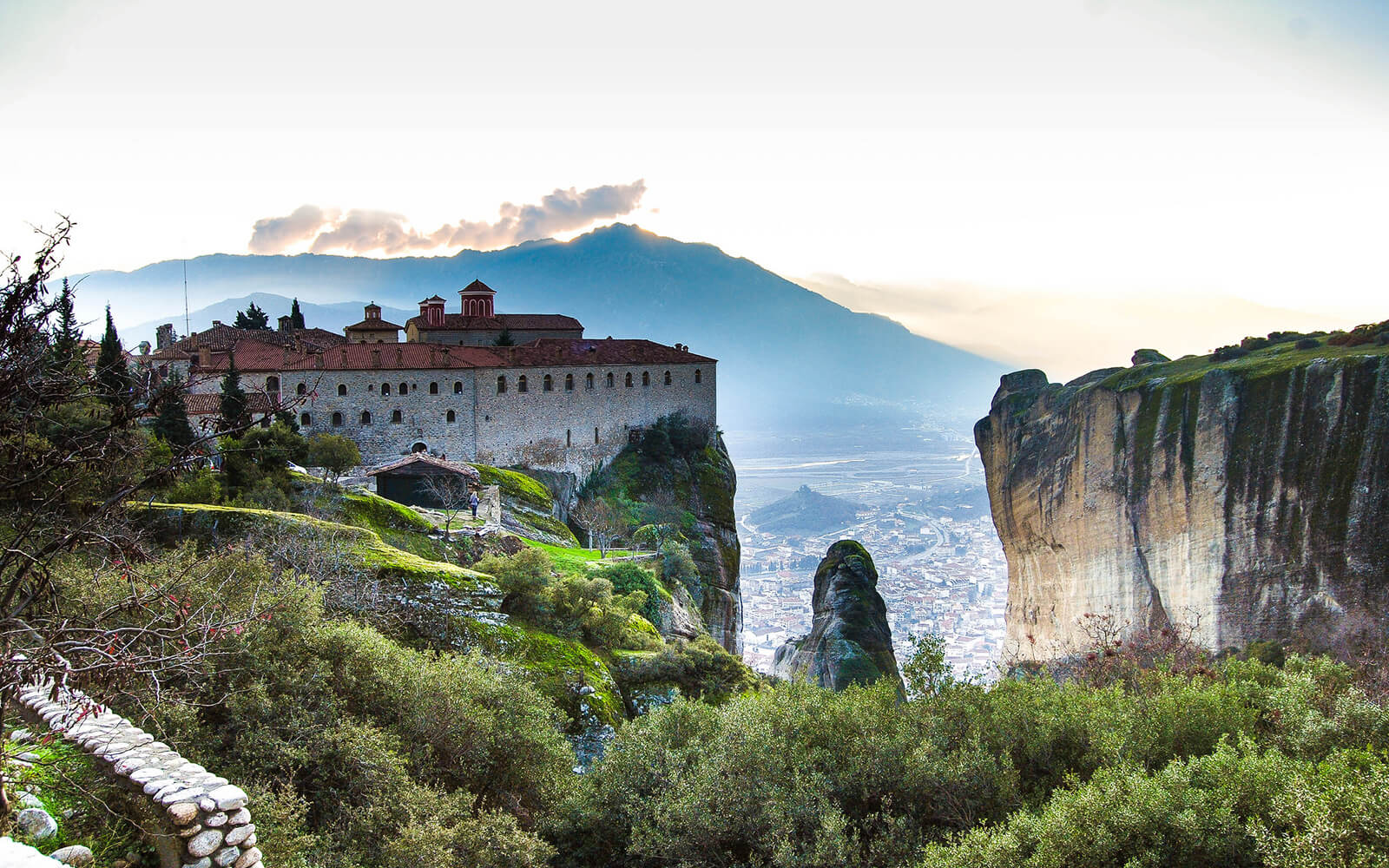 Over the years, I’ve planned countless trips around the world, from my native British Columbia to Bulgaria, but one of the most recent ones I put together in little-visited northern Greece is one of my favourites. Blessed with natural beauty, fantastic ruins, awe-inspiring sites and great cities along the way, I think it’s one of our best walking trips yet—and here’s why.

What I love about northern Greece? This lesser-known part of the country is virtually unknown to international travellers, and this virtually guarantees a very ‘local’ experience in these parts. Once you get here, you will see why the region deserves a little more recognition, and perhaps understand why the Greeks have kept this gem all to themselves!

A pleasant seaside town with an all-around great vibe, I prefer Thessaloniki to the big city of Athens for its walkability, easy access to the waterfront, and excellent hotels to boot. It also has an excellent food scene, with everything from fine dining to local restaurants and tavernas to amazing street food. Try it all: sweet or savoury flaky bougatsa pie, crepes, gyros and authentic souvlaki, or the sesame-studded koulouri bread. No matter what you are into, you will find plenty to delight the palate, and your senses in the city.

As High As The Gods: Mount Olympus

Rise to lofty heights at Mount Olympus, the tallest mountain in Greece at 2,918 metres (9,573 feet) tall, notable in Greek mythology as a sacred site. From Apollo to Zeus, the twelve ‘Olympians’ were believed to reside here, specifically at the peak of Mytikas. Rich in flora and fauna, it’s wild, lush and green here, with streams, creeks, and rivers all around: a walker’s paradise. From sub-alpine hikes in dense forests, we also stay in a small, secluded Greek mountain village, which adds to the atmosphere.

Indulge Your Inner Archaeologist in Vergina

Step into the ancient world in Vergina, which houses arguably one of the best, and most significant archaeological sites in all of Greece. This UNESCO World Heritage Site preserves royal tombs and portions of an ancient city, Aigai (Aegae), the former capital of the Macedonian kingdom. It is here where Philip II was assassinated in the year 336 BCE, and where Alexander the Great, was crowned his successor.

A massive burial mound houses multiple tombs beneath, preserved on site: you’ll see Philip II’s tomb, several of his wives, as well as the tomb of Alexander IV of Macedon, the son of Alexander the Great, who was poisoned as part of a plot. Both tombs were, remarkably, unlooted, and the golden relics and other treasures preserved. It’s not to be missed.

‘The higher the hill, the closer to God’, is likely what these monks were thinking when they built these monasteries on top of some truly precarious-looking rock formations that jut out from the earth, called the Meteora. Truly amazing, they need to be seen to be believed! Six Eastern Orthodox monasteries remain from a former two dozen.

Ascetics first arrived at the rocks (and caves) in the 9thC to live out their days in solitude, only building the monasteries in the 14thC to evade Turkish raiders. Once upon a time, intrepid monks had to ascend with rope ladders, but these days, you can simply walk up the stone-cut steps, built in the 1920s. The remaining monasteries are still in operation, with a total of 56 monks and nuns in separate locations.

Steeped in history, Ioannina was founded by Justinian I as part of the Byzantine empire. Other historical influences include the early spread of Christianity, as well as five hundred years of Ottoman rule, not to mention its emergence in the 17th and 18th centuries as a hub for the Greek Enlightenment and learning. Surrounded by mountains and situated directly on Lake Pamvotida,  one of its most famous draws is the tomb of the influential Ottoman-Albanian ruler, Ali Pasha.

Not far from the Ionian coast, Ioannina’s walking-friendly layout includes characteristic cobbled and narrow streets and plenty of interesting little cafes and restaurants in which to linger. A rustic old town features the remnants of the city walls at Ioannina Castle, an Ottoman reconstruction which incorporates pre-existing Byzantine and ancient Greek structures.

Once an economic powerhouse of the Ottoman Empire, the region of Zagorochoria (or Zagori) was left behind as the centuries passed; it now has one of the sparsest population densities in Greece. But don’t let that deter you: this fantastic region is like stepping into a fairy tale. Old stone villages feature more than 160 arched stone bridges, built with local stone in the 18th and 19th centuries by craftsmen, that crisscross the pristine streams and rivers of the region, all linked by ancient paths and trails.

Also part of Zagori, this part of northwestern Greece highlights the wonders of the natural world, none more dramatic than the breathtaking enormity of the Vikos Gorge. On the southern slopes of Mount Tymfi, it is considered the deepest canyon in the world*, stretching 20 kilometres (12 miles) long, to a depth of about 1,000 metres (3,281 feet), with equally stunning trails, and the Varda River at the bottom of the gorge, with clear blue-green water. Steep cliff faces, pools, and cascades top it all off.

*according to the Guinness Book of World Records, based on depth and width-to-depth ratio, if you want to be specific about it.

If you’re still longing to make your way to the southern islands, it’s easy to get around to other parts of the country, post-trip. A jaunt over to the nearby Ionian coast and islands such as Corfu and Paxos only requires a one-hour drive. If you’re looking to take the classic visit to the Cyclades—Mykonos, Santorini, and beyond—just hop on a one-hour flight to Athens.