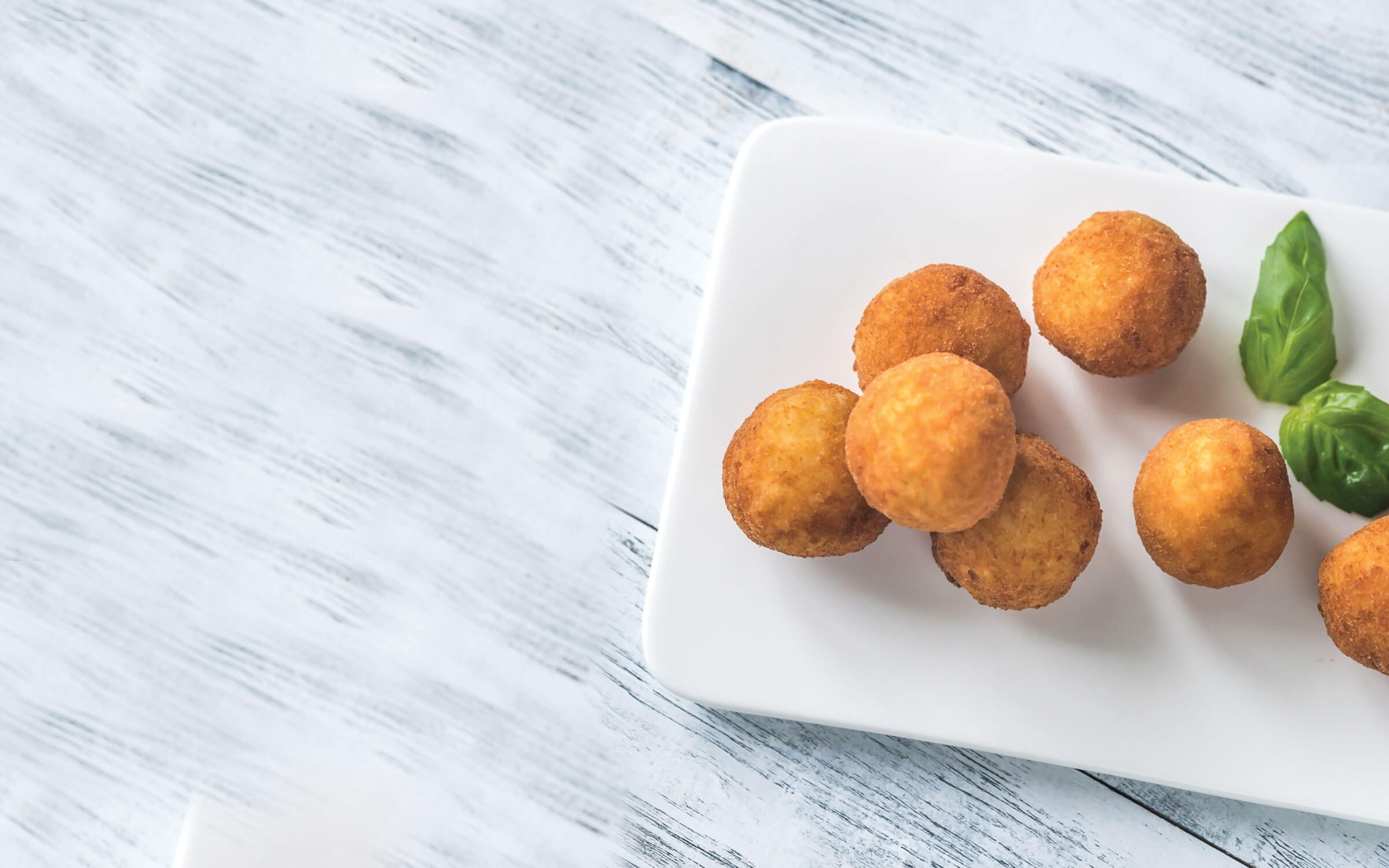 The Taste of a Place: How to Savour Like a Sicilian

Resting just off the toe of Italy’s boot, Sicily’s size (it’s the biggest island in the Med) and rich history (the first signs of human life date all the way back to 12,000 BC!) afford it a rich culture unmatched by other regions.

While the flavours of Sicily are unmistakably Italian, over the centuries they’ve acquired Greek, Spanish, French, and Arabic influences, resulting in a cuisine that’s (almost) as diverse as it is delectable.

From sweet cannoli to hyperlocal cheeses, twirl your fork around a few of our favourites.

Savoury and satisfying, you’ll usually find them filled with ragù, mozzarella, or peas, but other variants include a side of butter or bechamel sauce, or fillings of mushrooms, pistachios or eggplant.

Rarely found outside its hometown of Ragusa, this must-try cow’s milk truly reflects the local terroir.

With nutty notes of buttery straw, crusty bread, fresh mushrooms and honey, it’s made exclusively from the milk of local Modicana cows raised on fresh grass or hay.

“Sicilian meatloaf” first arrived on the island by way of the Angevins in the 13th century.

A thinly pounded sheet of veal is filled with a stuffing of bread, ham, cheese, onions and herbs, with boiled eggs in the centre. Finished with an outer layer of bacon slices and topped with red sauce, the result is a hearty meal reserved for grand occasions.

We have Sicily to thank for this cucina povera classic, also known as eggplant parmigiana. Simple and hearty, fried eggplant slices are layered with tomato sauce, cheese, and then baked.

(The complicated part? Naples and Parma also stake a claim to inventing it…)

Hailing from Palermo and Messina, cannoli (which is the plural term, the singular of which is “cannolo”) were historically served as a sweet treat during Carnevale.

But as mere mortals, medieval Sicilians couldn’t resist the urge to indulge year-round, and it soon became a staple of Sicilian cuisine, which the rest of Italy was all too happy to adopt!