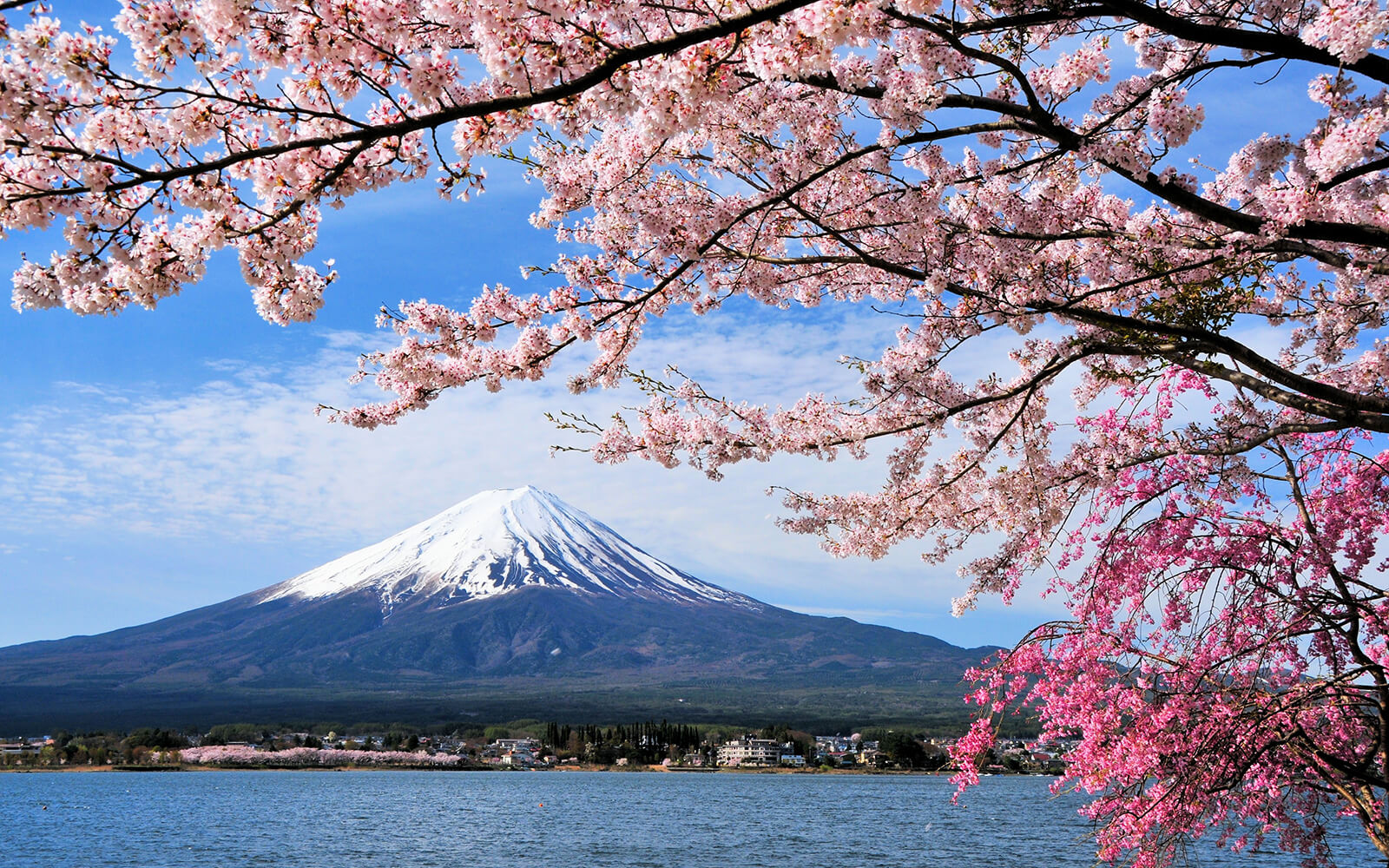 5 Things to Know Before You Go to Japan

I was en route for Japan when I boarded the longest flight I had yet to take in my years of travelling. And being my first time to Asia, I’d done  lengthy debriefs with every colleague and expert possible about what to expect. But as is often the case with travel, I still didn’t really know what I was in for.

Japan is a wonderful coexistence between two worlds: one futuristic and forward-thinking, and the other deeply and inextricably rooted in tradition. Think about the stark contrast between technology-fueled megacities like Tokyo and the serenity and centuries-old traditions of rural Japan.

After landing at the airport, I picked up a portable wi-fi router, marvelling at such an efficient, yet simple, way to keep connecting during my travels. Later upon arrival to my accommodations, a lineup of what seemed to be the entire hotel staff were waiting— smiling, waving, shaking my hand the moment I stepped out of the vehicle. After a mere five minutes of being in my room, an immaculate presentation of Japanese minimalism, I was delivered an expertly presented plate of sushi, a pristine bowl of rice and hot miso soup. The view from my window was a sparkling, gently-flowing river lined with trees and the skyline of Kyoto looming in the background.

In awe of the high level of hospitality throughout my stay, from the attention to the tiniest details in terms of service, food, the places I visited, and my interactions with people, I realized what the experience came down to this: Japanese culture seldom, if ever, diverges from Japanese culture. And in order to truly enjoy your Japanese experience, this is the most important truth you need to remember, lest you fall to the culture shock that so many non-Japanese experience on a first visit. If you can keep an open mind and go with the flow, you’ll be rewarded with one of the most enriching and authentic travel experiences still available in a world that’s taking more and more cues from Western culture. Below, I share a few notes from my experience that will help prepare you for an unforgettable trip.

Omotenashi: The Japanese concept of hospitality

Before we jump into anything else, it’s important to discuss the concept of omotenashi, the Japanese tradition of hospitality. This deep-rooted cultural concept is the thread that connects many cultural experiences, including the sado (tea ceremony), kaiseki, and a stay at a ryokan. It’s hard to define in English, but the spirit of omotenashi means, taking pride in anticipating a guest’s needs before they do, centring around care, rather than the guest’s expectation.

It’s continually considering the needs of a guest with every movement and gesture, a spirit that comes from within. It’s why restaurateurs often greet guests with a hearty ‘irasshaimase’ (welcome) upon arrival, among other things, and why I was greeted with such a warm welcome from the hotel staff. It can sometimes be overwhelming for non-Japanese, or seem ‘excessive’, but it is truly at the heart of each and every encounter you are likely to have, so keep this in mind.

In Japan, food is more than sustenance

…it’s a way of life, a work of art and a lifetime’s worth of dedication to the craft of perfecting a meal (they’ve even assigned a word for this—shokunin—meaning an artisan devoted to the mastery of their trade). With such dedication (and centuries-old traditions) going into every plate, even the best-intended requests to modify can often create a wrong impression. In many cases, last-minute substitutions, dietary restrictions and in some cases, even food allergies are not easy to accommodate in some of the small inns and restaurants we frequent, especially in remote towns and villages.

A Note on Japanese Breakfasts

Breakfast can be particularly confounding, especially if you’re staying at a Japanese ryokan (more on these to come). In city hotels, there will usually be a combination of both Japanese and American breakfasts. In a ryokan, things get a bit more adventurous! Most ryokans lie in remote places, tucked away amidst the Japanese countryside. The provenance of ingredients is of utmost importance, so the meal’s ingredients tend to draw from the local produce, with emphasis on the ‘best’ regions for different ingredients. Usually, you can expect a bowl of miso soup, a coddled egg, fresh vegetables and fish. You might also want to prepare yourself to replace your morning coffee with a green tea, as it is more readily available.

The formal, traditional Japanese banquet meal is called kaiseki, a multi-course meal, consisting of multiple small dishes. There are a few staples that are always included, such as tea and short grain rice, but the rest depends on what is seasonal and local to the region. In most cases, similar to when you are dining from a tasting menu at a Michelin-starred restaurant. Just like at a restaurant of that calibre, you will generally not be advised in advance what your courses will be, and once they are prepared, there is no option to stray from the presented menu. The Japanese are more than happy to share information about their culture, so feel free to ask questions about what you’re eating. If something doesn’t work with you, do your best, and leave it be, or at least, be polite and try a little bit instead of refusing outright, as it is considered an affront to the chef and your hosts if you do not eat what is often a meticulously prepared meal with the finest local ingredients.

Stay in a ryokan to experience quintessential Japan

Ryokan are traditional Japanese inns that have been around since the 8thC and are among the first hotels in the world. They are usually found in the countryside where they served as a refuge for weary travellers journeying along the highways. They are minimalist in nature, from their decor to their build to the layout of their rooms. It’s important to note that these traditional inns are really quite different from a typical hotel that non-Japanese are used to. You will see sliding wood screens and dividers, with tables low to the ground or right on the ground, and on-the-floor futons on which to sleep upon.

When you first arrive at a ryokan, you’ll be accompanied to your room by a host. This host will offer you a tour through your room and help you prepare your yukata, the traditional Japanese robe that you wear (even in public places and at dinner) during your stay. Don’t forget to take off your shoes or slippers upon entering the room. (You’ll need to remove your footwear before entering shrines and temples, some restaurants and sometimes your own hotel room, especially if it is lined with tatami mats, a straw flooring susceptible to damage.)

Once presented with your yukata, your host will likely present you with a cup of matcha tea and a sweet to welcome you and leave you be until dinner. Seated on the tatami floor with a hot tea and in a beautifully-designed robe, it will be easy to settle into a zenlike state. Once you’ve left your room for dinner, the inn staff will come in to prepare your bed: a soft mattress placed directly on the floor. (Usually, Japanese traditional bedding is tucked away in the closet, so that rooms can be used for multiple purposes—as Japanese homes or lodgings are generally smaller than what you may be used to).

One of our favourite ryokans is Kayotei, a traditional, family-owned inn in the Noto Peninsula. With only ten rooms, we get the whole place to ourselves during our trips here. Set amid a natural forest, the hospitality is warm, charming and unobtrusive, with an elegant hot spring (onsen) peacefully overlooking its surroundings.

The art of bathing: the Japanese onsen

The hot springs are emblematic of Japan—there are more than 3,000 in the country—and chances are they will be an integral part of your ryokan stay. Bathing in an onsen, a natural hot spring that is usually the centre of a ryokan or resort, is a tradition that is to date back as early as the year 712, with the first recorded onsen on the island of Shikoku. With the rise of Buddhism in Japan, the onsen became widespread, inspired by monks who would ritually bathe in an act of purification. Later on in the 17thC, its health benefits—like lowered blood pressure and skin softening properties—came to the spotlight, and today the onsen is a staple act of self-care and an ideal experience for visitors.

A rotemburo is a specific term for an outdoor, open-air bath/onsen, usually surrounded by nature.

In some ryokans, there may be a private hot spring right in your room if you’re lucky. Usually, though, the onsen is a group experience, featuring a common bathing area which is separated by gender, one for males and one for females. It is important to note that bathing suits are prohibited in a Japanese hot spring, so if you’re ready to brave your birthday suit along with other guests of the hotel, here’s what you need to know.

Before even hitting the hot springs, you’ll need to hit the shower. There is often a large communal bathing area with stools seated at individual showerheads and a caddy of bathing products. Wash thoroughly and extensively using the wash towel you’re provided upon entry.

Once you’re all clean, you can use the same wash towel for modesty when you’re entering into the onsen, and remember to ease in, not only to keep the calm vibes but also because they will likely be hotter than you’d guess—sometimes as high as 42°C (108°F). Don’t spend too long in the onsen

If you have any tattoos or body piercings, it is possible that you won’t be allowed to enter. Be sure to remove any piercings (ears are okay) and conceal any ink. (Tattoos in Japan are widely associated with the Yakuza, the Japanese mafia, and are generally frowned upon.)

In addition to the idea of omotenashi, it’s important for visitors to understand that Japan is an insular culture that promotes the idea of togetherness, harmony, and a collective society. Think about its general isolation and distance from the outside world (not to mention explicitly isolationist policies, especially during the Sakoku period of 1633-1853). The Japanese generally do not like to do things alone or stick out and be ‘different’ than others—drastically different than our Western ideal of individualism, and of achieving greatness or glory for ourselves, and being recognized individually.

Going along with this collective concept of society, another key cultural value to note about the Japanese is that of respect and politeness. It’s the backbone of the culture: think about the greeted welcomes at restaurants, and of being bowed to by others: formality and respect are important values to the Japanese, and as such, it is important for visitors to extend that respect back, or at the very least, acknowledge it in the same spirit. It will take you a long way – just as it is to learn a simple hello (konnichiwa) or say thank you (arigato)!

It can seem that there are many things to keep in mind when you’re considering a trip to Japan, but if you arrive with an open heart and with a sense of going with the flow, you’ll find the rewards beyond compare.