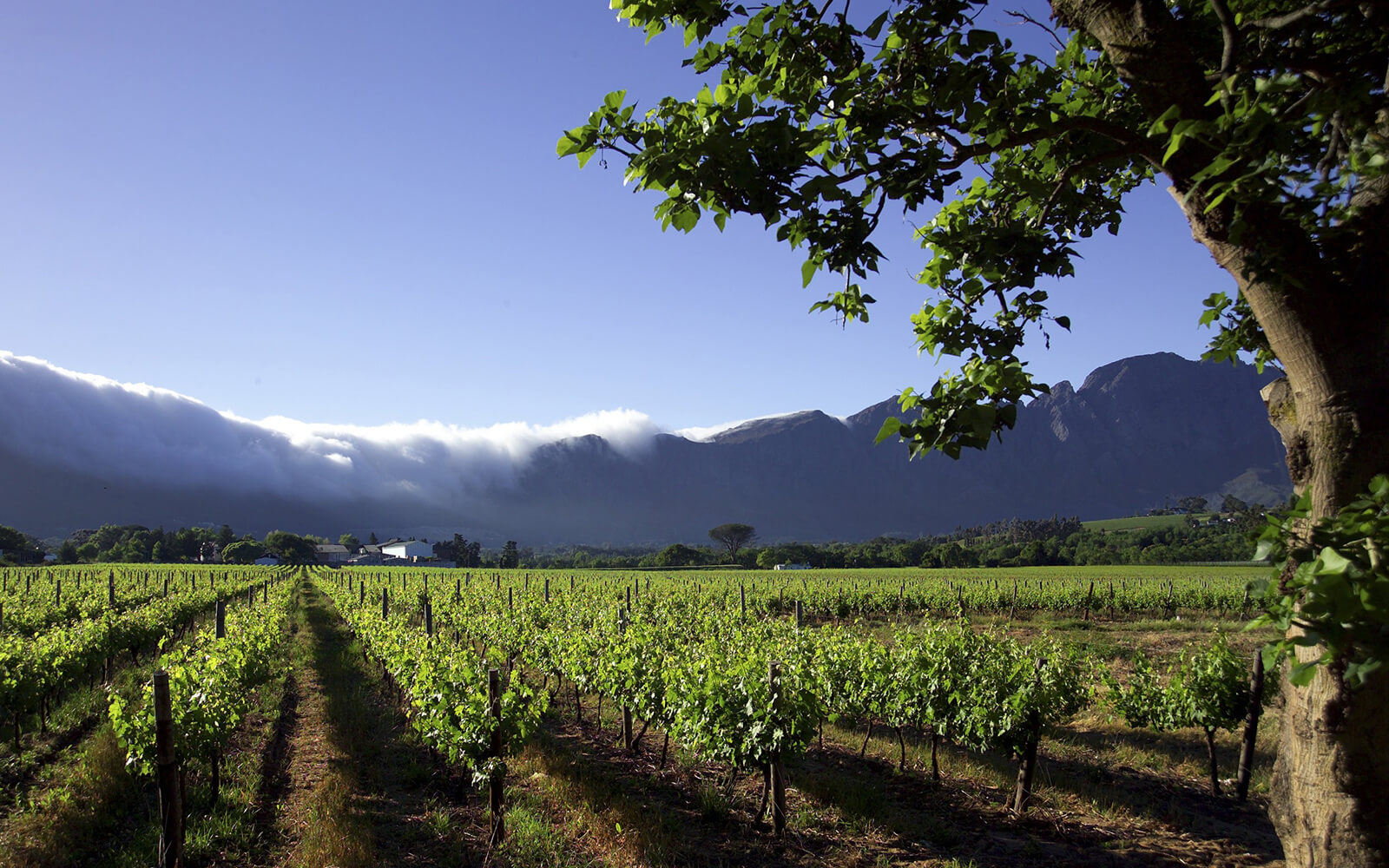 The Slow Road | Africa and Middle East | By Michele Harvey

South Africa is one of the most exciting wine regions these days, especially for premium and ultra-premium wines. Though it’s considered a New World wine producer, South Africa’s winemaking heritage reaches back to the 1600s. Recent advances in the wine industry, due greatly to the opening up of export markets in the 1990s, have spurred a quest for quality that we are seeing manifest in very exciting wines hitting the markets today.

The winemakers at Capensis, one of a growing number of top quality modern wine brands, like to refer to the Western Cape as “both the oldest wine region of the New World and the newest wine region of the Old World.” Just about the entirety of South Africa’s vineyards plantings exist within about 175 kilometres of Cape Town, on the southern-most tip of the African continent. Marked by rugged coasts, rolling foothills, breathtaking mountains and, of course, slopeside vineyards, it’s an extraordinary landscape.

The climate here is generally mild, with the coastal growing areas cooled by the ocean breezes and an icy current from Antarctica. These are ideal conditions for growing wine grapes, with a climate quite like the premium wine regions of the Mediterranean. (Though things can get pretty hot too!)

That Mediterranean climate means that all sorts of European grapes do well here. You can find outstanding Cabernet Sauvignon and Merlot, along with some Pinot Noir and, increasingly, Syrah. Pinotage is unique to South Africa, a cross between Pinot Noir and Cinsault.

In whites, Chenin Blanc does particularly well — bright, fruity, zesty, with mellow honey tones— and is becoming something of a signature style for the country. Known more famously for its regal status in France’s Loire Valley, the grape is often called Steen in South Africa. Other popular whites are Chardonnay, Sauvignon Blanc, Riesling and Semillon.

In addition to dry wines, South Africa is well known for fortified and Port-style wines, as well as late harvest sweet wines.

As noted, the wine growing regions are concentrated around Cape Town, with the most famous districts being Stellenbosch and Paarl. South Africa’s Wine of Origin (WO) designation recognizes a variety of estates, single vineyards, wards, districts and regions. The Coastal Region WO, for example, encompasses other WO districts such as Stellenbosch, Cape Point, Darling and Swartland. The Paarl WO encompasses such well-known WO wards as Franschhoek Valley, Durbanville and Wellington.

Be on the lookout for new and emerging wine producing areas, too, because South Africa is bound to make increasingly loud noise on the global wine scene. Watch for even more grape varieties and wine styles at every price point. For now, South Africa is turning out exemplary wine across the board. If we’re lucky, they’ll just keep making more of it.

It’s all Chardonnay all the time at Capensis, which is Latin for “from the cape.” From three remote vineyards in the Western Cape region, Capensis creates ultra-premium wines aged in French oak.

One of the most famous wines coming from the Swartland district. Winemaker Marc Kent is fiercely traditional in his winemaking approach. This wine scored 95 points from Wine Spectator magazine.

From one of the most-awarded winemakers in South Africa, this is made from hand-selected old vine Chenin Blanc fermented using natural wild yeast. Forrester is called the “King of Chenin” and this layered wine sports flavours of lemon, dried apricot and vanilla with classic notes of honey and sweet spice.

The golf champ launched his winery in 1999 in the Stellenbosch region with a variety of Bordeaux-style blends. The 2013 vintage of his signature wine is 60% Cabernet Sauvignon, 25% Merlot, 5% Petit Verdot, 5% Malbec and 5% Cabernet Franc.

Since releasing his first wine in 2000, Eben Sadie has built a reputation as an innovative and inspired winemaker, at once modern and traditional. His signature wine is this Columella, a multi-grape blend led by Syrah, Grenache and Mourvedre.

Famed for its sweet dessert wine, Vin de Constance, of which Napoleon was an avid fan, much of the vineyards fell into neglect but have since been replanted. This sparkling wine is made in the traditional Champagne method from 100% Chardonnay.

From the Franschhoek Valley, Boekenhoutskloof’s “classic” blend is made of Syrah (71%) and small amounts of Grenache Noir, Cabernet Sauvignon, Cinsault and Viognier. Winemaker Mark Kent also makes highly regarded white wine from Sémillon, as well as a range of entry-level wines under the names Porcupine Ridge and The Wolftrap.