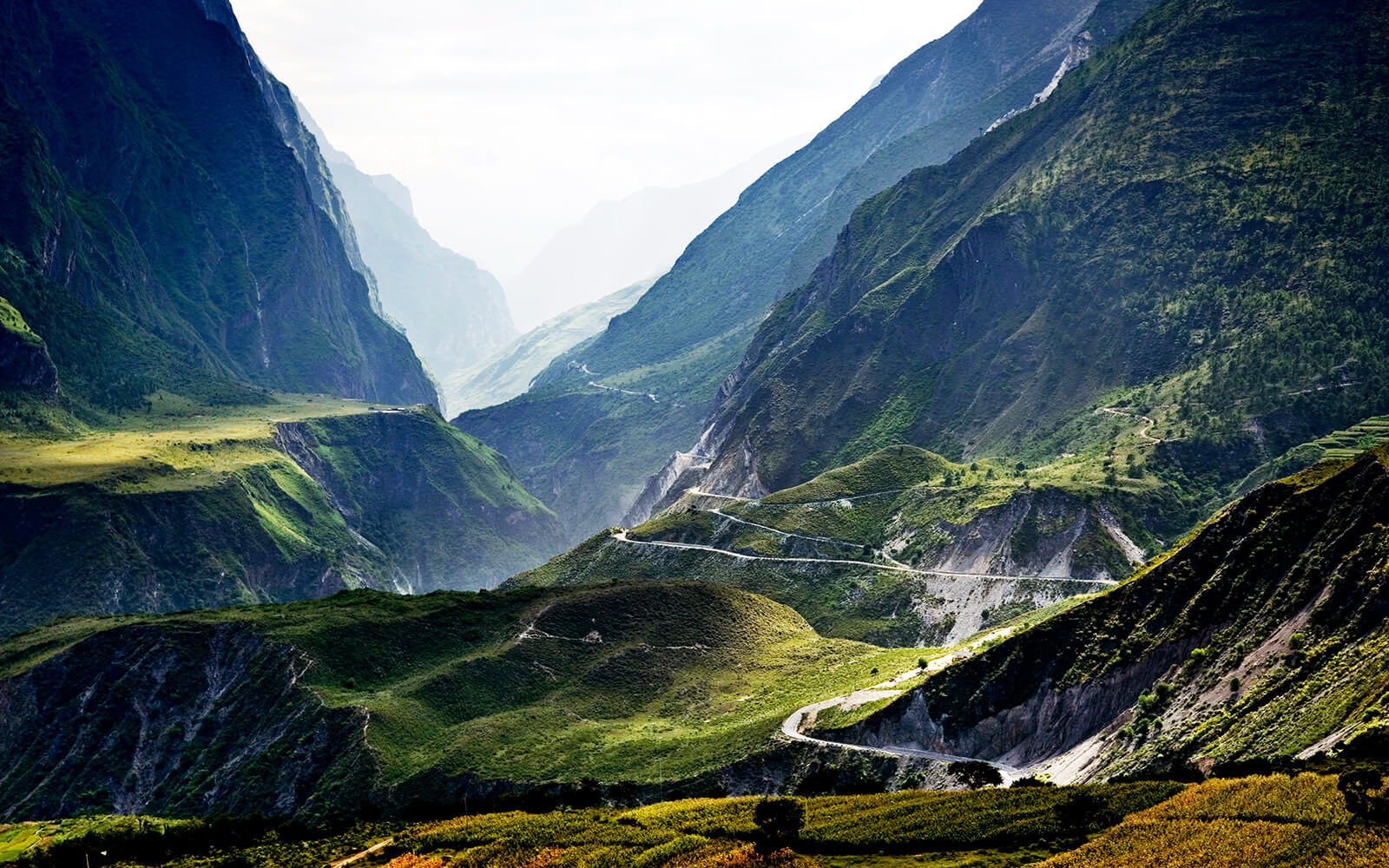 Notes From The Road: Yellow Mountains of China

In the Yellow Mountains (also known as Huangshan) of Anhui Province, a harmonious way of life flourishes as it has for centuries, unperturbed by the distant din of modern China. When we cycle and hike our way through these serene fields, forests, and villages, we are immersed in the mystique of hidden China, as ephemeral and beautiful as the mist that veils the surrounding peaks on a sunny morning.

Indeed, this is the China that inspired the makers of the film Crouching Tiger, Hidden Dragon, which was shot in several locations in the Yellow Mountains. This is also the origin of the archetypal Chinese mountain vista depicted in prints and brush paintings. Modern artists come here too, to set up studios and soak in the surroundings that have inspired countless generations of artists.

Here are just a few of the ways that the Yellow Mountains bring us in touch with the essential character of China!

A rich and well-preserved history

The Yellow Mountains can lay claim to a founding myth of Chinese civilization. They are thought to be named after the legendary Yellow Emperor, progenitor of the Han Chinese (a sort of analogue to Britain’s King Arthur), who is said to have ascended to heaven from these lofty mountaintops 4,500 years ago. Intervening millennia have brought gentle change through successive dynasties. The region became a vibrant trading centre under the Ming dynasty (1368-1644), and many of the villages date from even earlier. The picturesque village of Xidi, for example, was founded almost 1,000 years ago.

Colourful historical characters such as “Mr. Lu Millionaire”, an entrepreneur who arose from one of these villages in the late Qing dynasty, are revered by the locals. Pictures of ancestors, and shrines to their memory, can be found throughout the villages. Day-to-day life in this area is inextricable from its long history.

Though rooted in centuries-old principles and practices, the locals of the Yellow Mountains enjoy a vibrant and contemporary life. For example, on narrow streets in these villages, one can find interesting shops selling books and local art, among others stocked with more practical daily goods.

The landscape of the mountains is rugged and majestic. Rivers rush beneath craggy outcroppings of rock so finely balanced that they look like they were artificially constructed. Weathered stone steps, hewn and dragged into place through hard labour untold years ago, lead us from the valley floors up into airy forests, where birdsong echoes in the shaded sanctuaries between the trees (remember the bamboo forest scene in Crouching Tiger?). We wind our way over the ridge, taking our pick of tiny footpaths that lead off to fantastic destinations.

As we descend into another valley, we find ourselves on the banks of a glassy stream, a favourite of local fishermen, forded every now and then by a perfectly placed stone bridge. We emerge once more into the flat plain, and come across tethered water buffalo, curious about onlookers. Here, intricate irrigation channels quench the thirst of patchwork fields of yellow canola flowers, rice paddies, and fruit orchards. This labour-intensive way of small-scale farming uses the existing landscape to allow a truly sustainable form of agriculture.

Houses in the villages are unchanged since their construction centuries ago, though some interiors bear the scars of Mao’s Cultural Revolution: carved wooden figures on intricate relief friezes have their faces scraped off, a literal “defacing” intended to fulfill the letter, not the spirit, of the Communist Party edict. The beauty of the carvings is undiminished. They depict scenes both realistic and fantastical: in some, dragons swoop down upon cowering swordsmen, while in others, bearded elders converse beneath minutely-detailed cherry trees in a quiet village square.

The houses are laid out according to the Chinese design principles of feng shui (literally, “air and water”). The architecture of the houses channels the elements and energies within, so that all are in concert. Sunlight reflects on large rectangular pools in the generous courtyards. In the alleyways outside, water flows through deep stone channels, sometimes into a central pond in the village centre, sometimes to a nearby river. The footbridges in the villages are works of art in themselves, each with its own character, and one of them featured prominently in the opening shots of Crouching Tiger, Hidden Dragon.

We step out of the courtyard through a round doorway into the heart of the family home: the dining room. A wood-beamed ceiling soars high above the round table, ringed with chairs for a large gathering. The box-shaped chandelier shines a warm but unobtrusive light into the expressive shadows. A great fireplace spans almost an entire wall, with colourful vases and wood-framed tapestries placed with care on the mantle. Higher on the wall, brushwork blessings on tall narrow bands of fabric reach towards heaven and cast an aura over those seated at the table.

The aromas begin to waft to the table as the feast is served, one dish at a time: the fish, shrimp and shellfish from the streams, steamed and fried vegetables grown in the rich soil, along with beef, pork and chicken from nearby pastures and farms. The diverse cuisine of Anhui Province is hearty and healthy, nourishing enough to sustain the local people in their long days of physical labour. And I have to admit, there’s nothing better after a day of biking or hiking through the splendid countryside than to taste its finest expression in every dish, prepared in time-honoured fashion.

Local artisans and entrepreneurs thrive, nurtured by this beautiful and isolated region. Ms. Fang Xin Yu is a local producer of fermented tofu who became a national celebrity when she was featured on Chinese cooking shows. We visit her small building, full of bustling workers, where the tofu is produced and aged. Once ready, it is sold to cooks as another delicious staple, which we of course sample while we visit.

Of course, no visit to the Yellow Mountains would be complete without an exploration of the local tea farms, particularly those that produce the Huangshan Maofeng green tea, one of the finest in China. On the rolling slopes, tea farmers cultivate and select the tea with great discernment. The buds and certain leaves are picked only during a short period in springtime, then gently heated and cooled to capture the aromas. Our bike route leads us to a beautiful farm where we walk among the tea bushes to see how tea is cultivated, picked, and prepared. Then, of course, we can relax and enjoy the complex flavours of the final product. Refined by time and care, with a refreshing flavour of fruit and flowers, the tea is redolent of the peaceful yet always surprising region from which it comes.