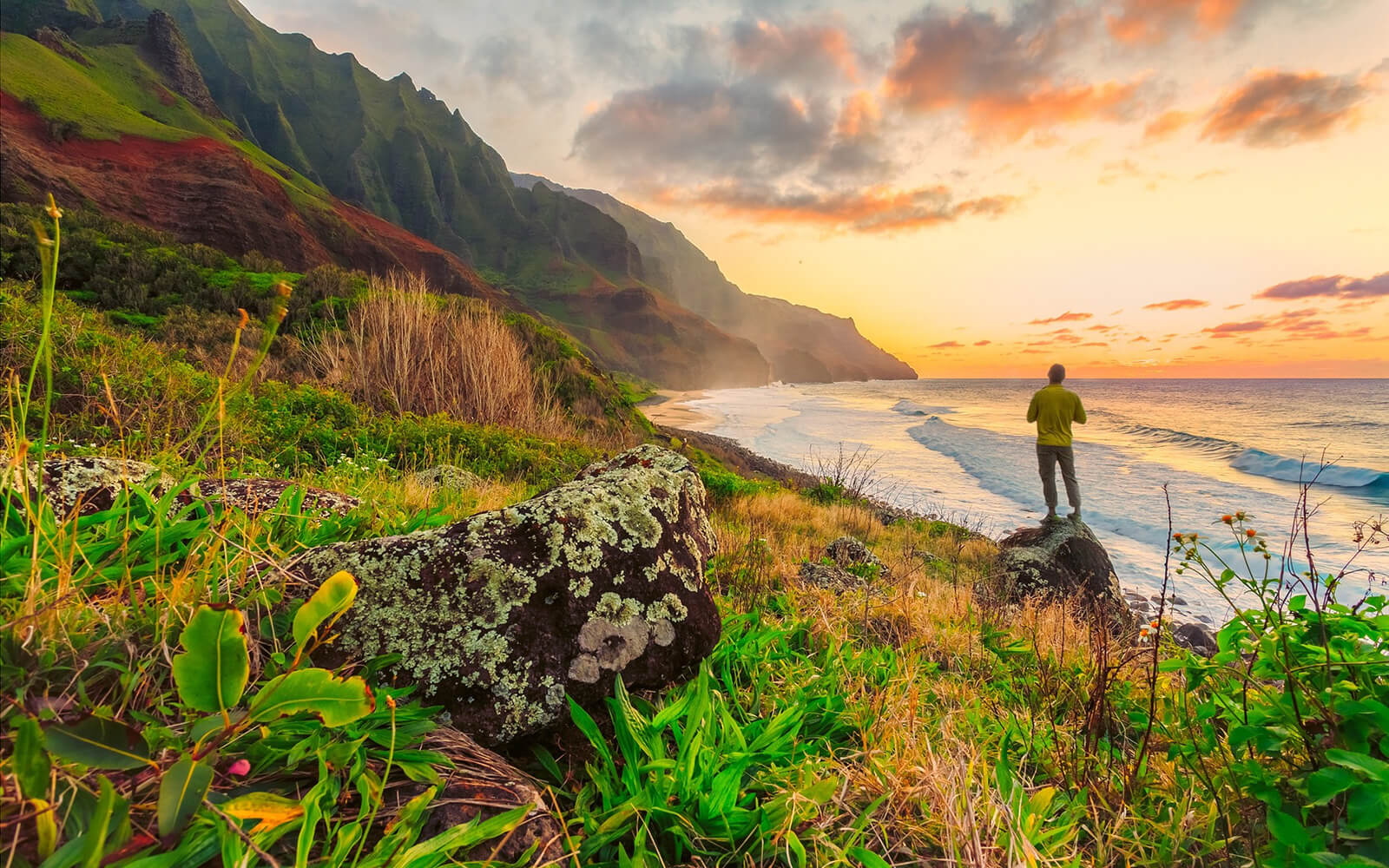 Once you’ve set foot on the Hawaiian islands, you’ll be captivated by the spirit of ‘aloha.’ From its royal past to its multicultural present, Hawaii has so much more to offer than leis and luaus. Discover a bit about one of our favourite corners of the Pacific. 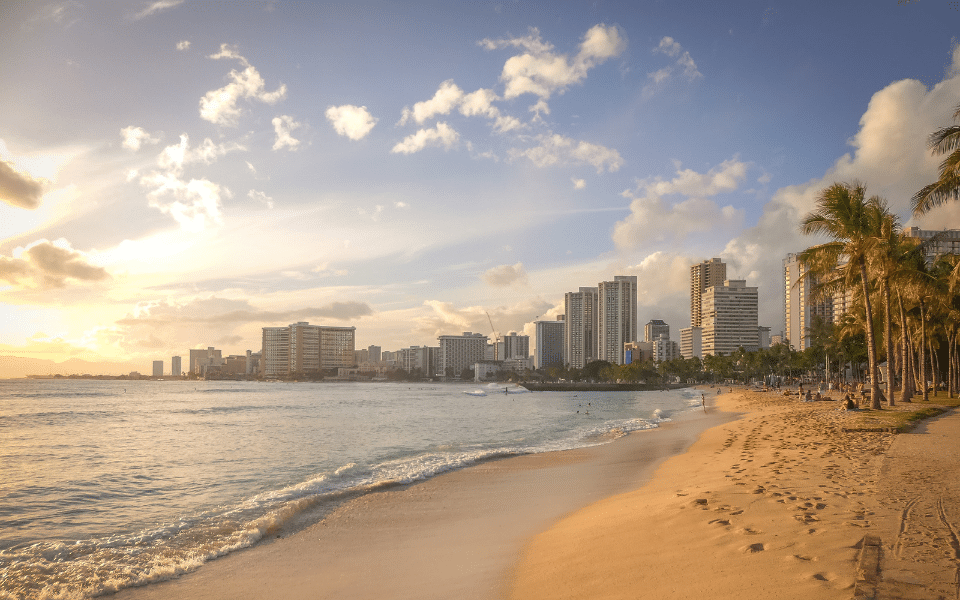 First settled in the year 300 by Polynesians, a warring chieftain-society expanded into the first Hawaiian kingdom, ruled by King Kamehameha the Great, in 1795. The first documented visit by a European was in 1778 by James Cook, who wished to name the archipelago the Sandwich Islands after his patron. However, the kingdom of Hawaii, for the most part, enjoyed its independence, which was formally recognized by Queen Victoria and King Louis-Philippe of France.

As with all things political, Hawaii’s closeness to the U.S. mainland, as well as to Asian countries like Japan, had many other forces plotting to gain control over the islands, including Christian missionaries who had arrived in the Victorian era. In 1887, then-king Kalākaua was forced to downgrade his powers, creating a constitutional monarchy; after he died, the last queen of Hawaii, Lili’ukokalani reigned, until she was overthrown and forced to abdicate under duress in 1895. Following this, Hawaii was annexed by the U.S. government and eventually joined the United States in 1959, the last state to join the union.

The iconic garland of Hawaiian hospitality, the lei, is a wreath of flowers presented upon arrival to the islands (or, to the locals, for any celebratory reason like graduations, birthdays, and anniversaries).

Strung together, they could be composed of fragrant jasmine, maile leaf, the traditional sweet-smelling plumeria, or just about anything else pleasant. It’s said that if you toss your lei in the ocean upon leaving (as traditionally, people would travel to the islands by boat) if the lei reaches the shore again, it’s believed that you will one day return to Hawaii. 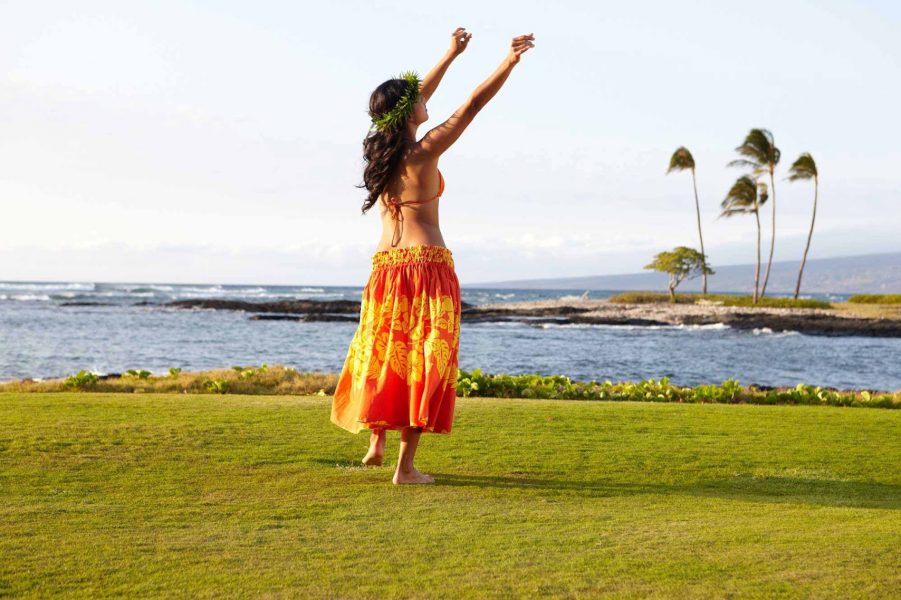 More than simply a recreational activity, to the ancient Hawaiians, he’e nalu—‘wave sliding’—was part of the culture, a spiritual pursuit and an art form all in one: ‘the sport of kings. First and foremost came respect for the ocean: a Hawaiian kahuna, or priest, would pray to the gods for good surf.

The best surfers, in fact, were the ruling classes, the ali’i: pastors, chiefs, warriors and kings, who had access to the best beaches, breaks, and boards. (Commoners who had high skill were also, on occasion, permitted access to otherwise restricted waters if they were good enough). It was in 1885 when three Hawaiian princes who were studying on the mainland ‘hung loose’ in Santa Cruz that the California-Hawaii surf connection was first made. The rest is the stuff of modern ‘extreme’ sports history. Catch an eyeful of surfing mastery at some of these world-famous spots: the North Shore, Pipeline, and Waimea Bay on Oahu; ‘Jaws’, a.k.a. Pe’ahi on Maui; and Honolii Beach Park in Hilo, Hawaii. 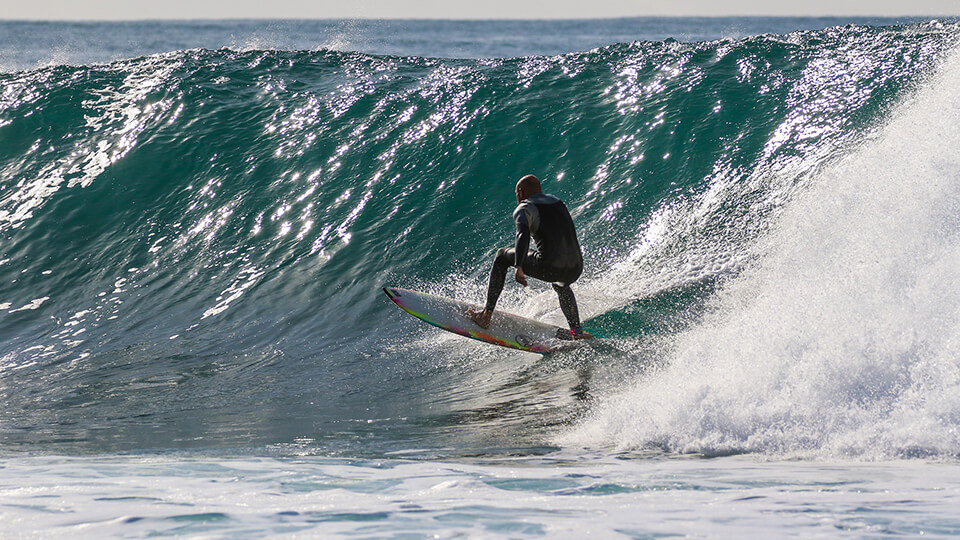 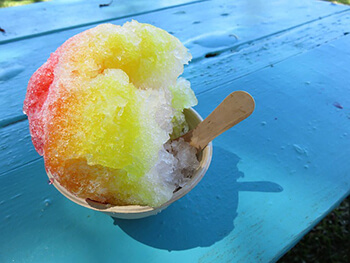 Once a titan of pineapple and sugar cane production, Hawaii’s edible culture is inextricably linked to its fertile lands and abundant seas. From the earliest Polynesians and native Hawaiians to the Chinese, Filipino, Japanese, Korean and Portuguese immigrants who arrived en masse to work in agriculture, its multicultural flavours have combined to create something uniquely Hawaiian.

From Kona coffee and the ubiquitous macadamia nut, ingredients recognized the world over, to the fresh flavours of the poke bowl (now trending on the mainland and around the world), the traditional Hawaiian plate lunch, and rainbow-coloured shave ice, Hawaii’s cuisine is global and far-reaching in influence. And don’t forget Hawaii’s (superior, in my opinion) answer to the doughnut, the malassada, sugary fried dough often injected with tasty sweet fillings like haupia, coconut.

From the rich red glow of lava spilling over black-sand beaches to the dazzling emerald green of lush valleys and rainforests; the rainbow spray that arcs seemingly next to every waterfall, Hawaii’s natural charms are without compare. Whether you’re snorkelling in protected coves or hiking stunning trails, there’s more than enough nature to leave behind the busier pace of Hilo or Honolulu. 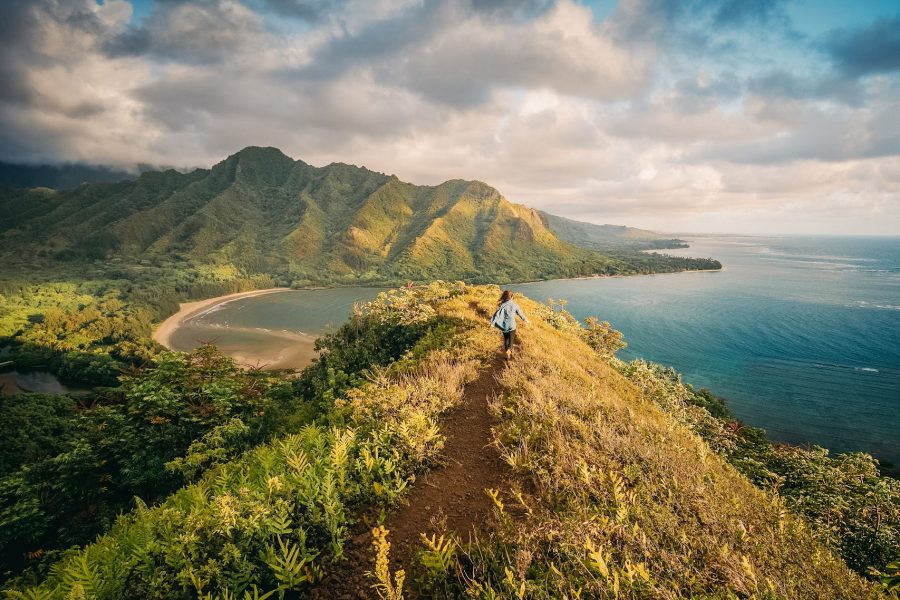 One of the world’s most active volcanoes, Kilauea is ever-changing, and visitors have a chance to observe mesmerizing lava flows and even see the otherworldly red light from its caldera at dusk. Its oldest flows date as far back as 275,000 years ago when the volcano was still underwater and had not yet broken the surface of the ocean. 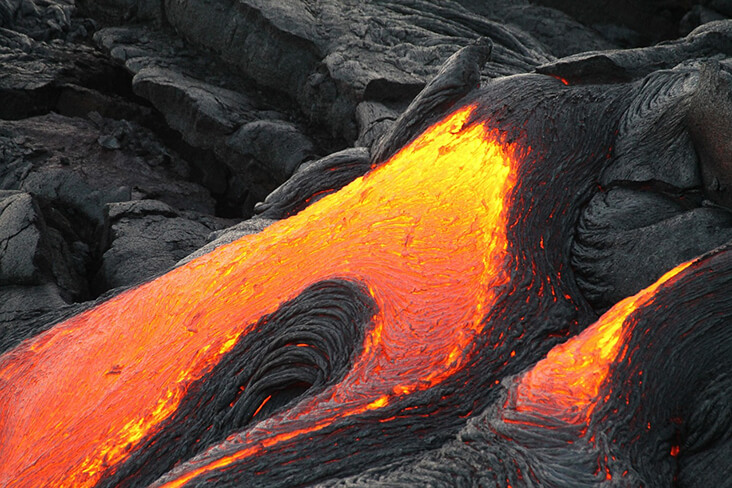 Ancient Hawaiian legend tells of the goddess Pele, who created the Hawaiian islands and rules over lightning, wind and volcanoes. Known for her fiery passion and jealousy, a popular myth (since debunked) states that you should never leave Hawaii with volcanic rock or sand, lest you receive Pele’s ‘curse’ of bad luck. Regardless, it’s safe to say that upholding respect for the land and for Hawaii’s national parks means that the natural landscape should be left as is.

Feeling inspired to experience Hawaii’s aloha magic for yourself? Get in touch with a member of our team to see how they can craft your perfect trip.

Back to The Slow Road Blog
Photography credit: Hawaii beach photo by Tyler Lastovich from Pexels