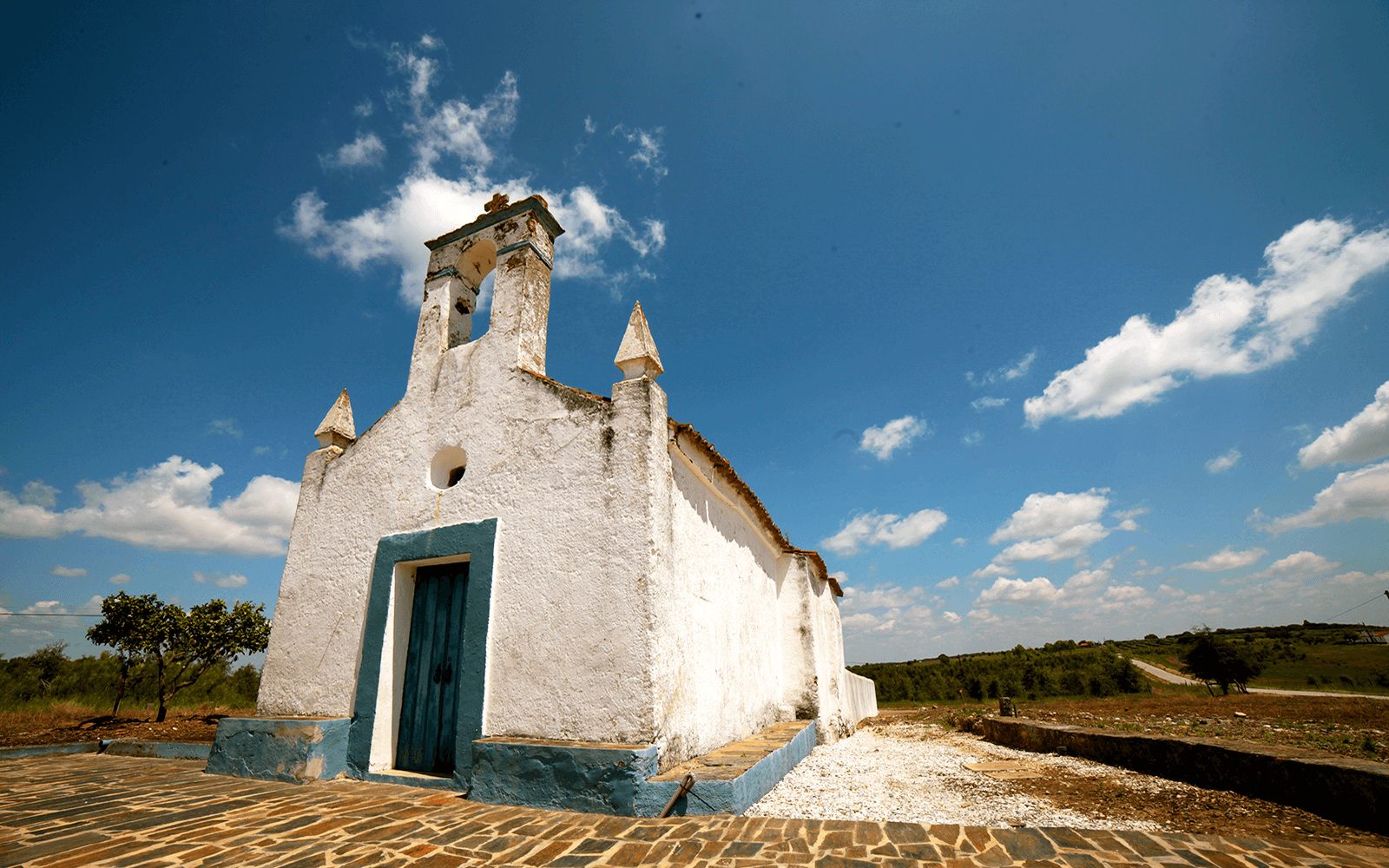 As we scout the world’s most interesting places in our continual search to add more trips, we came across the Portugal’s Alentejo region, once one of the most important provinces in the Roman Empire, and now one of our most-loved regions to travel to.

There’s much to celebrate here, from the white sand, crystal-clear waters of the Atlantic coast and the medieval hilltop fortified villages that border Spain, to the green-planed north and the never-ending gold fields of wheat in the south; indeed, the Alentejo is special in many ways.

Even the Alentejanos, the name given to the natives of Alentejo, are authentic in character, from their rustic cuisine to their slower-paced way of life, seeming worlds apart from the capital of Lisbon. Their speech is strongly characterized by a slow-paced accent. If you allow yourself to be absorbed by the locals and their culture you’ll enjoy a well-deserved, relaxed time. You could even say that the Alentejo embodies our very idea of the ‘slow road’, defined.

With pastures that vary between myriad tones of gold and green that you can see for miles, it is home to one of the biggest productions of cork in the world. (In fact, it’s very likely that many of you have popped a couple of Portuguese-made corks, often found sealing the best wines in the world.) Get to know this magical region, which is also becoming a new centre of exploration for food and wine lovers.

Avis is a picturesque Alentejo town comprised of whitewashed houses along character-filled narrow streets. The town holds the memory of the medieval Military Order of Avis, a group of knights who were tasked to build a castle and protect the land by King Alfonso II. The Castelo de Avis still partially stands today, with three of the original six towers remaining.

Beside the fields of olives and vineyards lies a lake which offers the potential for miles of uninterrupted rowing. Many national rowing teams take advantage of the spectacular lake surrounding the traditional Portuguese town of Avis, enjoying the lake in the day and the comfort of Portuguese fare and hospitality by night.

The capital of the Alentejo region, Évora is a beautifully preserved UNESCO World Heritage Site. A colourful canvas of history, Évora is surrounded by 14thC walls and hosts a cinematic Roman Temple with a history dating back to 1 AD. Due to its long-standing history, spanning from Roman times to the modern day, the city is filled to the brim with numerous breathtaking monuments.

The Capela dos Ossos, or the “Chapel of Bones”, is one of the best-known monuments in Évora. As fascinating as it is macabre, the chapel walls are decorated with human bones and skulls. The chapel was built in the 16thC by a Franciscan monk who wanted his fellow brothers to reflect on life and its transitory state. Alongside the walls of skulls and bones hang two skeletons: one of an adult and one of a child. Coupled with the visual reminders of death is a poem that includes the verse: “Recall how many of passed from this world, reflect on your similar end. There is reason to reflect, if only all did the same.”

The charming town of Redondo is part of the Évora District and is best known as a DOC wine region. With wineries a-plenty and even a museum dedicated to wine, it is safe to say that this is the perfect place to enjoy a glass or two at the source.

Redondo is also home to another of Portugal’s popular exports: pottery. In town, you will find plenty of vendors selling pots, which range from simple clay receptacles for everyday use to decorated pots with floral or countryside motifs. Redondo is also known for its Ruas Floridas festival, which adorns colourful paper decorations centred around a single theme; each street and neighbourhood is in a friendly competition to out-decorate each other!

Back to The Slow Road Blog
Photography credit: Alentejo beach by Fernando Pena via Flickr
Alentejo field by Björn Groß via Flickr
Capela dos Ossos by Michael via Flickr
Ruas Floridas by Joaquim Rocha via Flickr