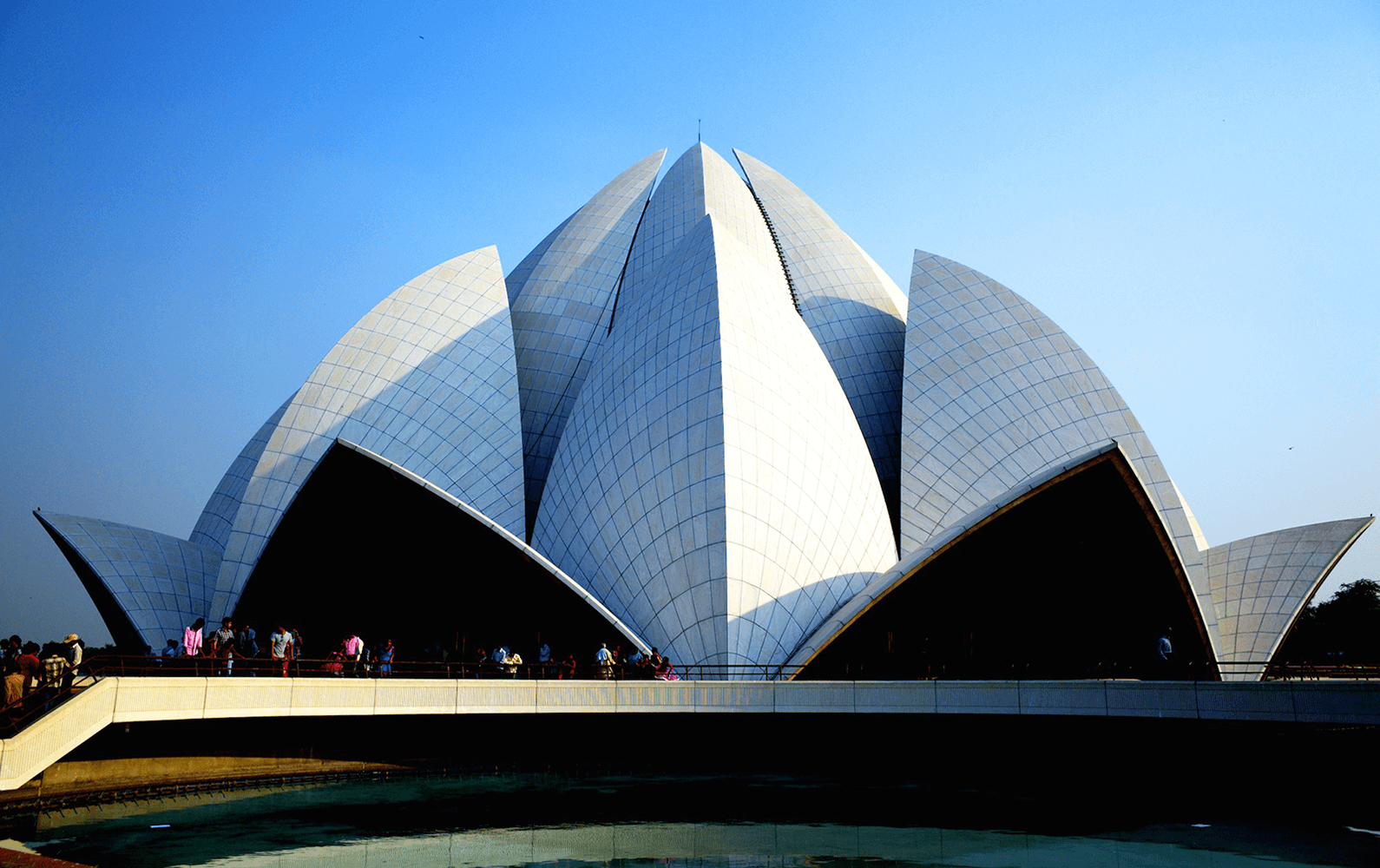 The 7 Delights of Delhi: What To See

So you’ve made it to India’s capital city…home to over 26 million people! The world’s second largest urban area, negotiating the streets (either by taxi, rickshaw or on foot) is one of Delhi’s most amazing experiences. But if you want to do something a little more leisurely (well, as leisurely as it gets in a city of millions) in between, take the time to visit a few of these sights.

There is no better place in Delhi to put your finger on the pulse of the city and admire some great colonial architecture from the British era. Numerous shops and art galleries will demand your attention as you walk around this giant wheel of streets and buildings. Do bring a map, however, as it is rather easy to lose your bearings.

As you approach Old Delhi, the first thing you will see is the enormous Lal Qila, better known as the Red Fort. Take a walk through here and try to wrap your mind around the monumental design and the history that is as thick as the mighty sandstone walls.

The onion-shaped domed roofs and spiky striped minarets of the Jama Masjid, India’s largest mosque, rise defiantly above the low sprawl of Old Delhi’s market streets. Non-Muslims are allowed to take a peek inside, but only during non-prayer times.

This is Old Delhi’s ancient labyrinth of market streets. The best way to experience this “bazaar” phenomenon is to hire a cycle rickshaw and let the driver figure out where to go. It is a major assault on the senses, but a perfect glimpse into life in Delhi, and India in general.

To get a better appreciation for India’s British colonial heritage, have your taxi drive down Raj Path, New Delhi’s broadest and most impressive avenue. Designed by British architect Sir Edwin Luytens, the area is filled with government buildings, diplomatic residences and affluent homes. The jewel in the crown is the Presidential Palace, formerly the Viceroy’s House, a 340-room Art Deco-inspired creation capped with a smooth oversized dome.

Like Birla House, this building features an informative exhibit of photos and newspapers (in a variety of India’s languages, including English) and other collectibles that detail the early years (as the daughter of Nehru) and political career of Indira Gandhi and her son Rajiv. Also like Birla House, in the garden there is a sculpture covering the ground where Mrs. Gandhi took her final steps towards an assassin’s bullet (in her case at the hands of one of her Sikh bodyguards).

Gandhi lived his final years and final moments at Birla House, provided to him by the wealthy Birla family. The house can be visited and has an interesting, simple exhibit featuring events and many photos from Gandhi’s life and work. In the house you will find the modest study and bedroom where he slept his final sleep before walking through the property’s garden to meet an assassin’s bullet. (Recall the scene from the film—it happened here and there is an eerie installation sculpture of Gandhi’s last steps: several hundred footsteps leading across the garden to a small shrine where he uttered his last words.)