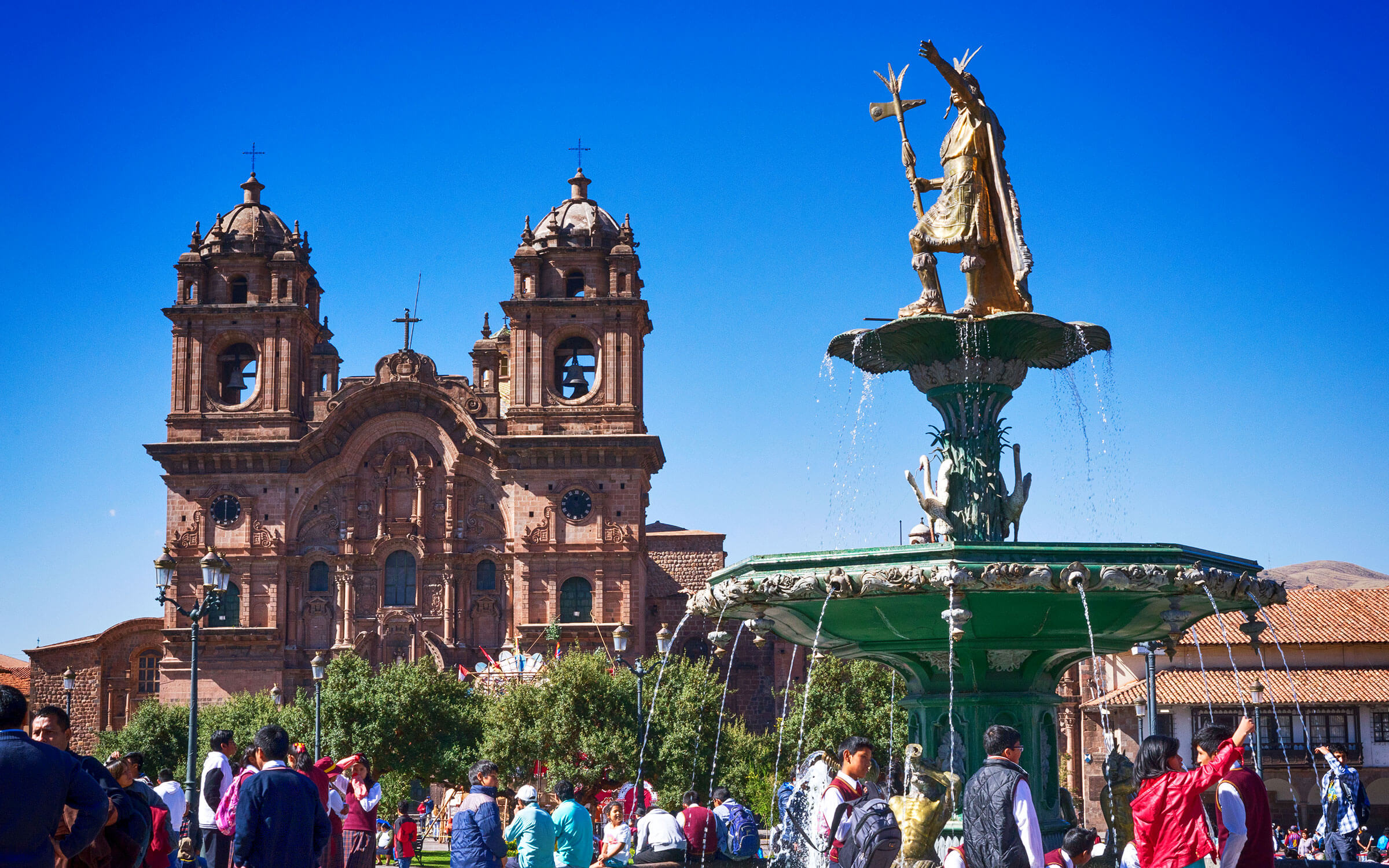 Insider's Guide: 13 Things to Do in (and around) Cusco

As you might expect from the former capital of the Incan empire, there are myriad things to do in Cusco that reveal its rich cultural history—making it one of Peru’s most compelling destinations.

Below, I’ve rounded up some of the city’s most fascinating sites, which reveal both its history and its present-day status as a modern and utterly liveable city.

My Favourite Things to do in Cusco

OK, let’s get it out of the way: yes, this Incan archaeological site really is pronounced “sexy woman.”

The Europeans called it a fortress due to the immense stone pieces that were used in its construction, but the Incas designed it as a depiction of a puma’s head.

In fact, Sacsayhuaman literally means “decorated head of the Puma.” Oral tradition claims that around 70,000 people worked on the palace for 50 years. Now visitors see about 20% of it following the Spanish conquistadors who knocked down the majority of the site.

Church of Santo Domingo and Qurikancha

Originally named Inti Kancha or Inti Wasi, Qurikancha was the most significant temple in the Inca Empire, dedicated primarily to Inti, the Sun God.

During Cusco’s reign as the Incan capital, this was one of the most valued temples—and also one of the richest, as it was covered from top to bottom in gold.

Religious ceremonies were also performed here. Some Incan kings were said to be mummified and buried here as well.

The Spanish colonists built the Church of Santo Domingo on the site, demolishing the temple and using its foundations for the cathedral.

Pictured here and in the banner above, the Plaza in Cusco was the centre of the Incan Empire.

Here administrative, military, and political decisions were made. In its heyday the plaza was double its current size, though today it is the bustling centre of modern Cusco.

A 16thC historical church located on the other side of the Plaza de Armas, this church rivals the Cusco Cathedral in terms of prominence in Plaza de Armas.

It is a marriage of Incan and Baroque architecture. Featuring the largest altar in Peru, it also houses several notable paintings.

aka Cathedral Basilica of the Assumption of the Virgin

Located in the centre of Cusco at the Plaza de Armas, this cathedral took almost 100 years to complete. Since its completion in 1654 it has received minor Basilica Status and was designated a UNESCO World Heritage Site in 1983.

North of the Plaza de Armas, San Blas is one of Cusco’s most picturesque neighbourhoods.

This pedestrian-only area of Cusco is great for exploring the ancient stone streets. A creative hub, be sure to take note of the artist workshops and studios as well.

Travellers can take the old Incan Road up many steps to ‘great stone street’ and see the famed 12-angled stone, a marvel of stonework set into the best kept Incan walls in Cusco.

Wander to the Plaza San Francisco and visit the church and monastery, which date back to the 16th and 17th centuries.

This convent houses a colonial and religious art museum that includes an interesting collection from the Cusco school of paintings. The wall paintings on the first floor are unique to the convent.

Experience the real people of Cusco and take in their customs in one of the most authentic Peruvian markets.

Natives to Cusco shop at the San Pedro Market as you can find anything here, from fresh fruits, vegetables, grains and meats, to flowers of every colour and handmade alpaca clothing.

Feeling bold? Pay a visit to the “magic man” for some shamanistic ritual items.

Just Outside of Town

While there’s plenty of things to do in Cusco itself, those willing to venture outside the city limits can experience a few of the charming and fascinating villages that surround it.

A little further afield (45 km from Cusco), this pretty Andean village is famous for its magnificent 17thC chapel, known as the Capella sixtina del Ande.

Under the auspices of the World Monuments Fund, the church is not always open, but the caretaker will open it for you; if you cannot find him, the town itself is worth a visit.

Pikillacta is a pre-Incan Wari settlement 30 km (19 mi.) south of Cusco that dates back to the 11th century. The Incas built the gate of Rumicolca on top of another Wari structure just one kilometre away, and the contrast between the two is worth seeing.

This is a magnificent series of water canals and Incan terraces located in the south-eastern Cusco Valley, approximately 25 km (16 mi.) from Cusco proper.

And a Few Reminders…

Though a beautiful town, Cusco has a reputation for pickpockets, so please be careful. It is best to carry valuables in front of you, not on your back, and watch your pockets.