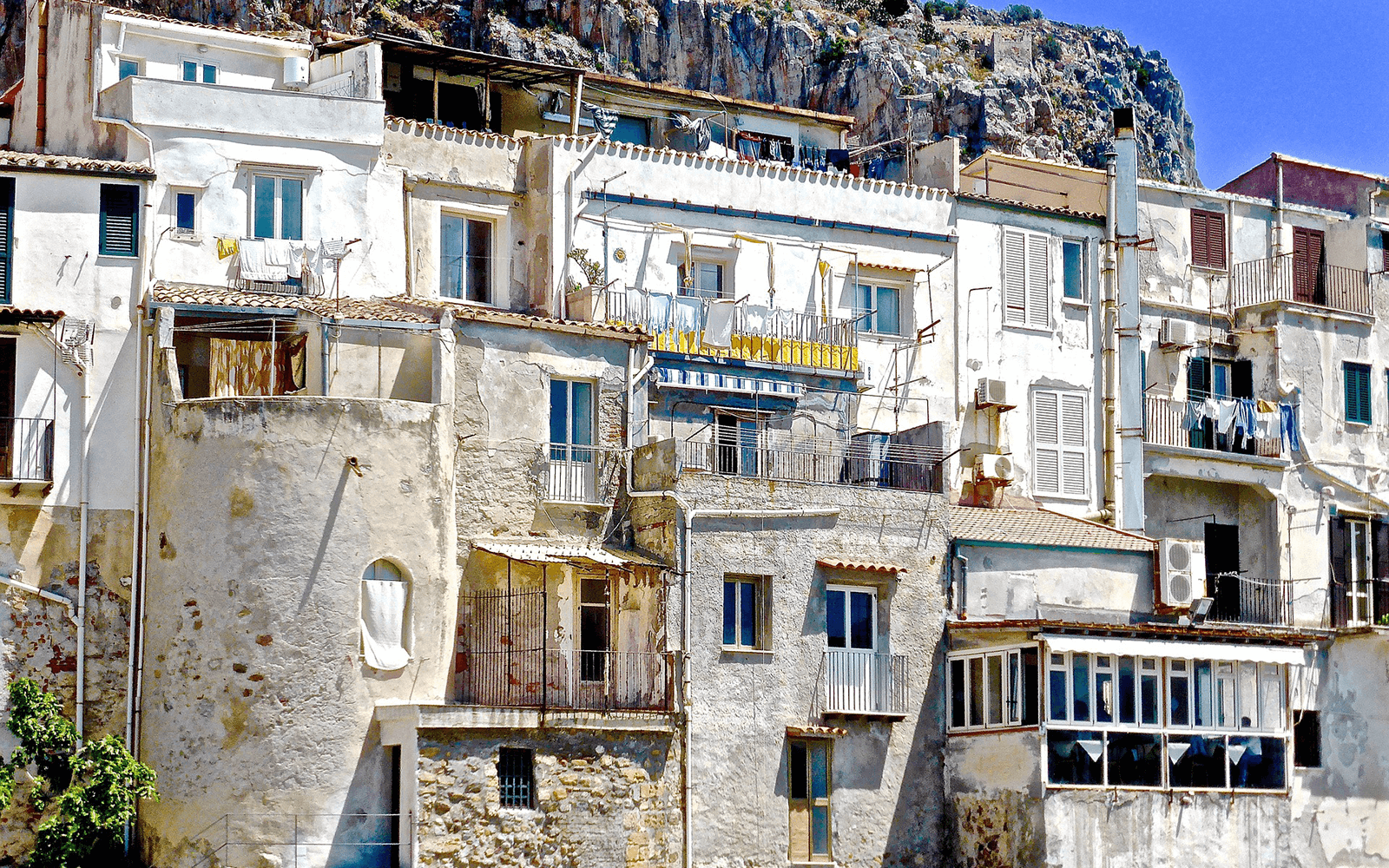 If you thought Siracusa (Syracuse) was a Greek city, you’re actually right: Sicily was an important part of Magna Graecia from 735 BCE.

The city was one of Greece’s first Sicilian colonies, founded by Corinthians in 734 BCE, and soon rose to great wealth from its welcoming port, making it a tempting target for neighbouring tyrants, Carthaginians, and even rival Athenians.

The centre of Greek life was the island of Ortygia (the ancient Greek word for “quail”); where once stood Athena’s temple you’ll now find the duomo (cathedral), its original pagan columns still intact.

Siracusa was home to such notable Greeks as Archimedes (whose clever inventions like the catapult helped Siracusa’s many battles), Plato, Pindar and Aeschylus. After the city’s golden era of nearly 1,000 years, it became the Roman capital of its new island province.

Later, after a brief Vandal episode, the Byzantines stepped in, even making it their capital for five years in the fifth century. The next wave was Arab, then Byzantine again, then Norman, and finally the Bourbons (and the 1693 earthquake) brought baroque style to the town.

Once neglected in favour of modern Siracusa on the mainland, today Ortygia is enjoying quite a renaissance. Reconstruction has brought its many treasures to life, and great restaurants and shops abound. The largely pedestrian centre is full of charming twists and turns beneath flowering, curvaceous wrought-iron balconies. It is a wonderful place to wander, especially early in the morning or late in the day, as the sun’s rays turn evening gold. The city is a popular university town and there is a hip arts scene sharing the stage with the archaeological remains of its past. Here are a few ways to make the most of a day in this fantastic town.

What to See + Do in Syracuse

On the Island of Ortygia

Il Duomo
Siracusa’s cathedral is a splendid mishmash of styles, from Norman to Baroque, with a distinct interior graced by the original Athenian temple columns. First built in the 5th century BCE to thank Athena for their victory over the Carthaginians at Himera, it became a Christian church in 640 AD. Losing its then-Norman façade in the 1693 earthquake, the Duomo owes its animated baroque appearance to Andrea Palma. This is the spot you’ll want to return to in the evening, with a gorgeous atmosphere when it’s all lit up. An evening aperitivo along the square is a great way to end the day.

Castello Maniace
Named for a Byzantine Greek commander who reconquered Siracusa from the Arabs (with some Norman assistance), this 13th C fortification was built by Frederick II and boasts stupendous sea views.

Teatro dei Pupi (Marionette theatre)
Not just for children, this is a delightful show that will take you back to the Middle Ages (in a good way); this folk tradition has been a beloved tradition of Sicily since the 15thC.  Catch one of the occasional performances for a lively, poetic version of Siracusan history or the classic noble deeds of Norman knights vs. the Saracens.

The Hebrew Baths (Mikvah/Mikvé/Miqwè)
The three green pools of the oldest mikvah (ritual Jewish bath) in Europe are founded on a naturally warm spring and date to the Byzantine era.

Fonte Arethusa
This little pond doesn’t look like much more than a home to papyrus and assorted waterfowl, but finding a freshwater spring beside the sea is rare indeed. The Greeks told that when a nymph named Arethusa was fleeing the river god Alpheus, her prayer to the virgin goddess Artemis was answered by turning her into a fountain. She then fled under the sea to Sicily, Alpheus close behind, and their waters now mingle here on the edge of the bay.

In the “New Town” (Mainland Syracuse)

Parco Archeologico della Neapolis
In the heart of “Neapolis,” the newer part of Greek Siracusa, this off-the-beaten-track archeological zone is a nice green space comprising great remains, including a few of Siracusa’s many latomie (Greek quarries), a botanical garden, and a cave called the “Ear of Dionysius”, where your whispers will travel far, thanks to its unique acoustics.

Its Greek theatre,  one of the world’s largest, seats 15,000 people and saw many great plays debut on its (originally wooden) stage, including several by Aeschylus. Hieron II’s sacrificial altar to Zeus and the 3rdC Roman amphitheatre (one of Italy’s largest, still bearing the names of some of its first patrons) round out the park.

Museo Archeologico Paolo Orsi
A vast selection of unearthed treasures is on display, tracing Sicily’s first peoples from the Neolithic through bronze age and the Sikels, with a great collection of Greek vases and a gorgeous Landolina Venus (a Roman copy of a Greek work). Though much of the information is in Italian, some are in English and the reconstructions help to grasp the face of Hellenic Siracusa.

Santa Lucia Basilica
Siracusa’s patron saint, Lucia was martyred by stabbing but she is usually portrayed carrying her own lovely eyes on a platter. The saint herself is no longer here (her relics were carried off to Constantinople and then to Venice), but Caravaggio’s dramatic Burial of Saint Lucy is worth the €6 entry fee, IF it has been returned here from its temporary exhibition spot, the other Santa Lucia church, just past the Duomo on Ortygia.

San Giovanni Catacombs
Near Siracusa’s ruined first cathedral (never rebuilt after the 1693 earthquake) and dating to the 4th to 6th centuries, these catacombs are a bit less decorated than Rome’s but nearly as vast! They were first constructed by Greeks as aqueducts for the city. A visit to the catacombs also takes in the San Marziano crypt, reputedly the site of Saint Paul’s sermon and home to the first known portrait of Saint Lucy.

Where to Eat in Syracuse

Siracusa’s Daily Market
Nothing is more delightful than participating in the rhythm of local life, the daily market. Ideal for people-watching, snacks, or a light lunch (there are a few locals who have really notched up the business of making a classic panino sandwich, making an event out of it), head here for a wonderful look into the ‘real’ Siracusa. For the ultimate Sicilian experience, don’t forget to pause anywhere for a delicious granita—the hardest choice is choosing between the two classic flavours, lemon or almond!

DiVino Mare
A great local spot specializing in seafood, it’s excellent for lunch or dinner. From fresh seafood platters to squid ink pasta, clams or the catch of the day, this casual spot brings the sea to the table.

Monzu
With a great location at the heart of Piazza Minerva, I prefer coming here for dinner, but it’s good for all-day fare and watching the world go by. There is also a great shop with many homemade food items like preserves or treats to bring home.