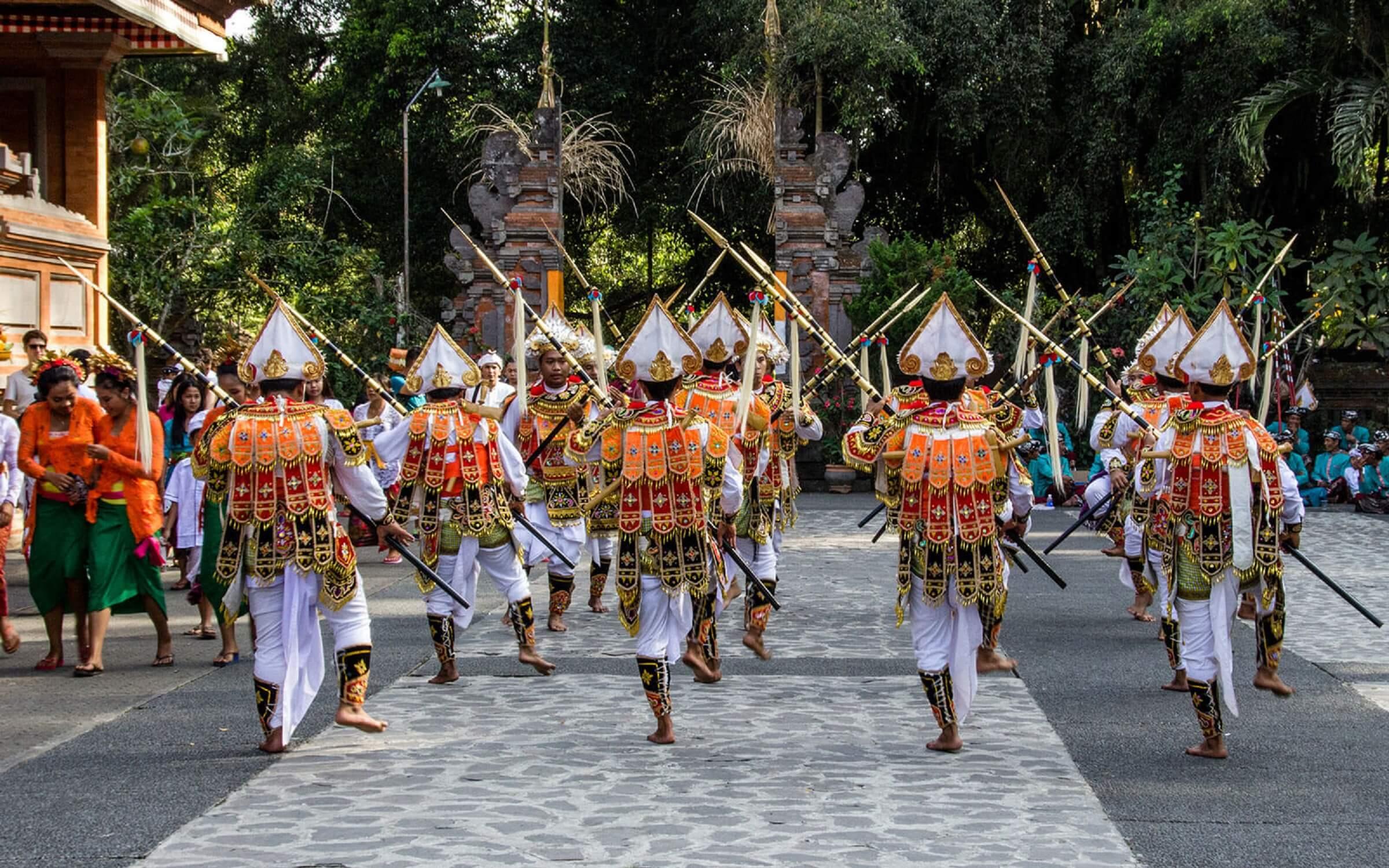 Cultural Considerations: What You Need to Know about The Culture of Bali

First inhabited around 2000 B.C., Bali’s cultural roots run deep. Below, we’ve rounded up a few key things to know about the culture of an island justifiably known as “The Island of the Gods.”

Hindu influences reached the Indonesian Archipelago as early as the first century. There are two major theories for the arrival of Hinduism. The first belief is that South Indian sea traders brought Hinduism with them. The second describes how Indonesian royalty first embraced Indian religions and culture, and soon after, the masses followed their lead.

Bali has been known to leave mouths agape with its dramatic dances. These intricate dances express a story of drama using the whole body. The Balinese like a blend of seriousness and slapstick and their dances reveal this; like a vaudeville show, the audience cheers on the good guys and cringes at the bad guys. Dancers learn the craft at an early age. While the aspiring dancers are taught to dance with their hands before they can walk, official training starts as young as seven.

Check out a small sample of Balinese dance in the clip below: 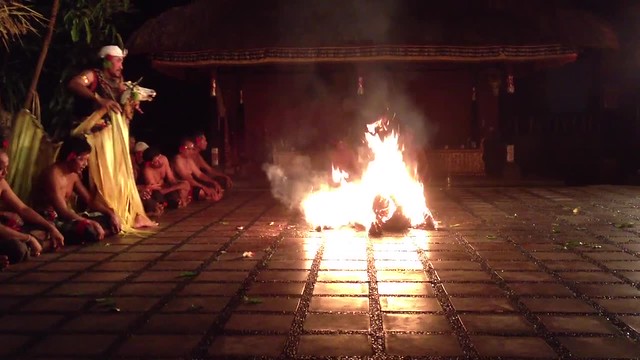 Balinese dance is inseparable from religion. Based on their religious functions, traditional Balinese dances can be divided into three categories:

Wali means “sacred,” but the literal meaning of the word is bantén, or offering. This refers to the direct link to deities and is not just a form of entertainment for the Balinese, but a formal exchange of energies. These dances are considered sacred and must be performed in the inner court of the temple.

Bebali dances, usually performed in the middle court of a temple, comprise ceremonial performances. They fall in the middle of sacred and secular. These dances are considered more as entertainment for the deities than as a direct means of contact.

These dances are often considered secular and take place solely for the entertainment of people. They are performed in the outer court or even outside the temple.

Pencak silat is an umbrella term for a class of indigenous martial arts originating in Indonesia. Pencak silat was used by Indonesian freedom fighters during their struggle against the Dutch colonists. Unfortunately, after Indonesia gained independence, silat became less popular among Indonesian youth compared to foreign martial arts like karate and taekwondo.

Pencak silat was practiced not only for physical defence but also for attainment of higher psychological ends. In addition to using weaponry, it is a full-body fighting form incorporating strikes. Every part of the body is subject to be attacked and used to attack. Other than traditional cultural-related Pencak silat, several cultural regions have developed their own style. The most notable pencak silat traditions are Minang Silek, practiced by Minangkabau people of West Sumatra. Bakti Negara is the style of pencak silat from Bali.

Though Bahasa Bali is the local language spoken in Bali, Bahasa Indonesia is the most commonly spoken language around the tourist areas.

The wayang, or Balinese shadow play, is perhaps the most famous show in Balinese theatre. In a wayang performance, flat cut-out figures are silhouetted against a translucent, rice paper screen, lit by a coconut- husk lamp. Accompanied by a gamelan (traditional ensemble music) orchestra and occasional chanting or singing, these entertaining performances harken back hundreds of years, tapping into religious mythology or well-known Balinese sagas blended with historical facts. This whole show is managed with just one highly skilled puppet master or dalang.

There are a few simple rules of etiquette that can be applied that will show our respect for local culture. You can also look to your guides for help along the way.

Outright anger is to be avoided in Indonesia. Indonesians lose respect for people who do not control themselves. If for any reason you feel you have been mistreated, try to resolve the matter in an amicable way. The first step is to politely express your dissatisfaction. Usually, your host will strive to accommodate your request. If this strategy fails, the next best thing is to ask your guide to handle the issue. Remember also that speaking English is not yet a widespread practice. A lot of the staff in hotels have a rather limited scope of understanding. In order to not lose face, they will say ‘yes’ to anything you ask although they may not have understood a word. Speak slowly using simple structures and make sure they understood what you wanted. Generally, the employees at reception are the most proficient in English, and you can always refer to them for help.

Religion is the soul of Indonesia; life rotates around religious ceremonies and temples, especially in Bali. You will see a drastic change in dress and customs between Bali and Java; one has a mixed Hindu/Buddhist approach to life wherein Lombok and especially Java, Islam is predominant. Muslim women are not supposed to talk to or be seen in the presence of foreign men. You should also refrain from such gestures as putting your hand on somebody’s shoulder and especially the head or taking them by the arm if the person is of the opposite sex. A slight bow of the head to express gratefulness is a nice touch. You will notice that there is very little physical contact between men and women in public, even when married. However, friendship among members of the same gender is freely expressed.