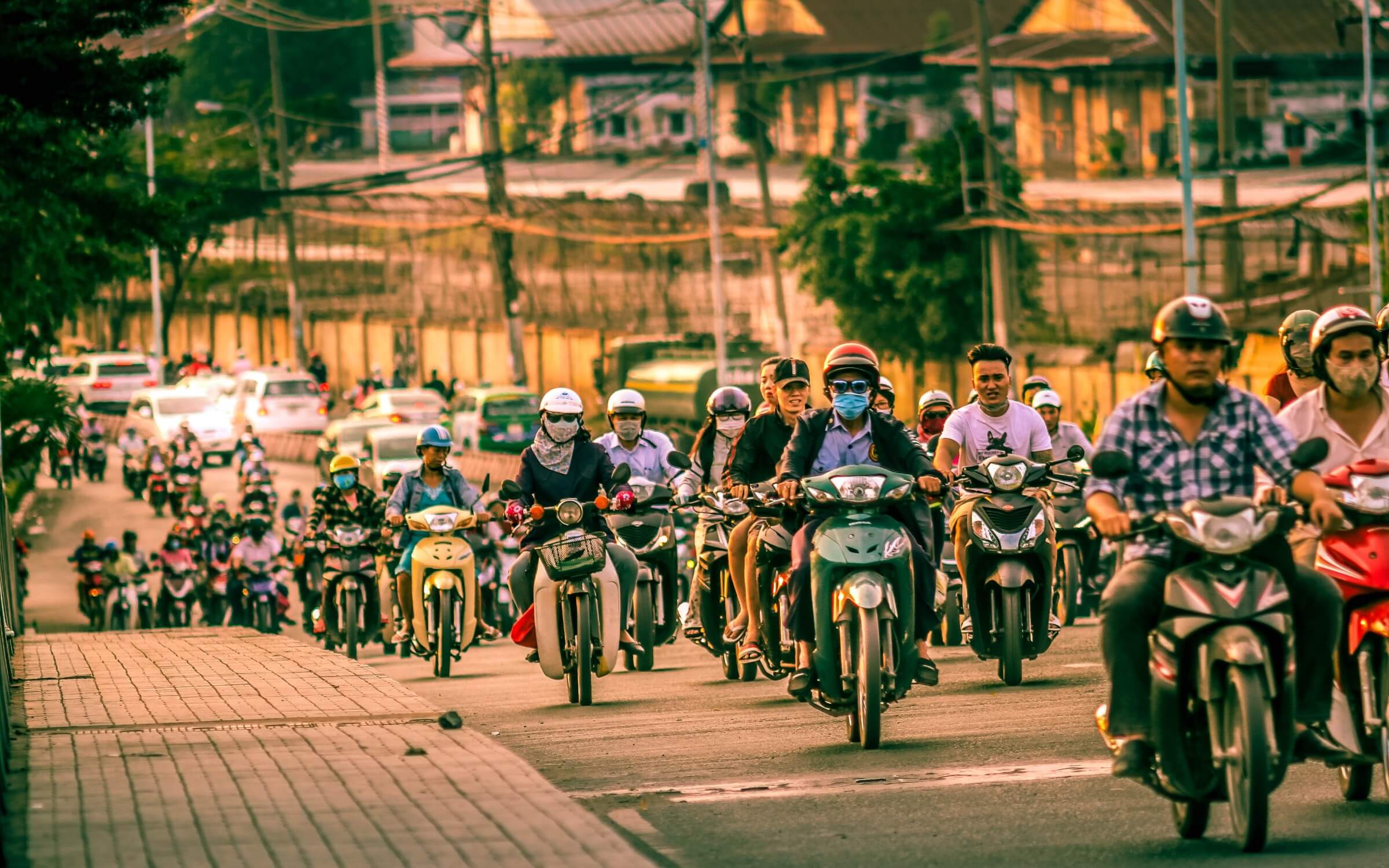 What do you get when you mix the worst traffic jam in Vietnamese history with a van full of 15 travellers?

Our group was on its way to Hue when we hit the worst traffic jam in Vietnamese history—literally. There had been a terrible accident on the only mountain pass that connects us and our destination, Hue.

Traffic was at a standstill, and it seemed as though it would be for a while. The local guide and I took an exploratory walk up into the traffic to survey the scene. Ten minutes up the road, all the cars and vans tell us they have been in the traffic since seven or eight in the morning.

We decide to bring in reinforcements—in this case, the mighty Quyen, our local Vietnamese guide setting up bikes on the other side of the blocked pass. He calls us back 10 minutes later with good news.

He is on his way—and he is bringing 15 motorbike-cum-taxi drivers. We’re going for it! We head back to the van and brief the travellers. They all say yes to the impromptu ride, and are pleased that we have put safety first by bringing bike helmets to protect us on the journey.

We climb the hill to the shouts of jealous French and Australian travellers trapped in tour buses. They all want out and ask where we got the lift. We smile and wave, and move on.

It’s a convoluted Tour de France-esque climb; the spectators are all trucks, vans and buses, and we have a clear path down the centre of the road. We finally come to the accident itself and discover that it is actually a beer truck that has tipped; a couple thousand broken bottles line the road.

We sail past the accident and down the other side of the pass where we thought we would meet the second fleet of vans we have called from Hue, but the traffic is bad on this side of the pass as well, so we have to continue another 10 kilometres by motorbike.

We climb the hill to the shouts of jealous tourists trapped in buses. They all ask where we got the lift. We smile and wave, and move on.

Just imagine the spectacle: 15 folks with funny bike helmets driving down the side of a blocked road on the backs of motorbikes, surrounded by big trucks and buses full of disgruntled commuters. Funniest thing you ever did see.

Moments later we arrive at our new vans, free of traffic and gridlock—we’re FREE! Many hugs and thanks from travellers for the adventure. Lots of laughs all around, as this was also the first time many of the drivers were hugged like high school girls by Westerners. Yee ha!

The next day, the newspaper wrote that the traffic stretched for 30 kilometres and that it was the worst traffic jam EVER in central Vietnam.

But for 15 B&R travellers, it was just another day on trip. (I’m still pretty sad about the beer, though.)

Back to The Slow Road Blog
Photography credit: Banner image by Haynie C. from Pixabay