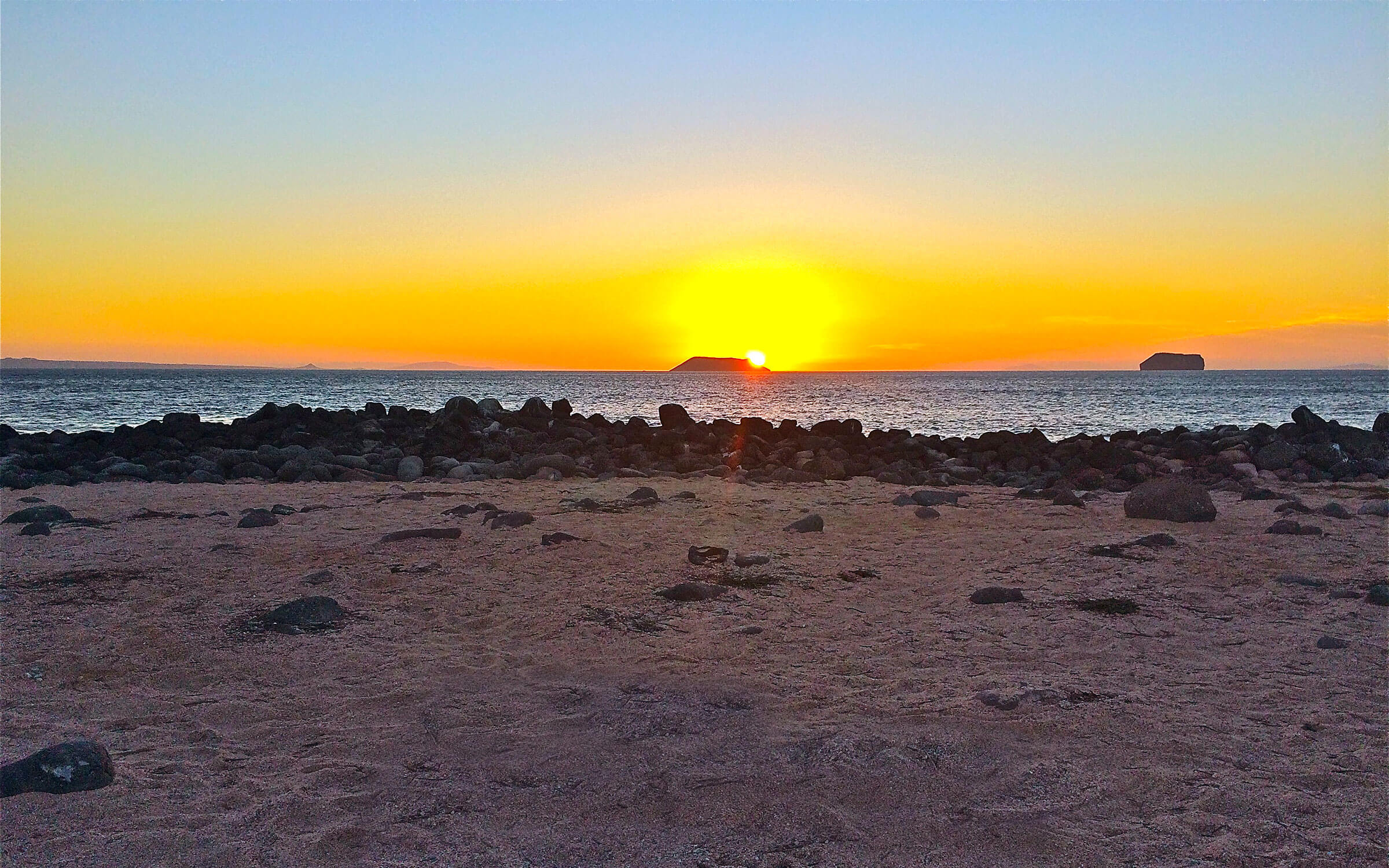 An Escape to Eden: My Week in the Galápagos Islands

When I first arrived in the Galápagos Islands, my initial thought was, “Have I landed on Mars…?”

This reaction may have owed to a very early morning flight and a slow awakening; nonetheless, as I stepped out onto the hot tarmac at Seymour Airport on Baltra Island I believed that maybe I had actually landed on another planet.

Before embarking on my Galápagos voyage, I had done the background research, familiarized myself with the flora and fauna, and even watched the David Attenborough movies to better understand life on the islands in real-time. But no amount of study could have prepared me for the absolute magic that the Galápagos Islands hold.

Part of Ecuador, the Galápagos Islands are an archipelago that sit along the equator approximately 600 miles west of the mainland. The Islands were formerly a refuge for pirates hoping to plunder gold and silver carried by ships from South America back to Spain, and were fittingly named after the thousands of giant tortoises that once roamed them, as tortoise translates in Spanish to galápago. The islands were made famous in 1835 following a visit from naturalist Charles Darwin, whose study of wildlife on the islands featured heavily in his development of the theory of natural selection.

As I was whisked away from the airport and onto the ferry to the mainland of Santa Cruz, I could not believe my eyes. Simply staring off into the sea offered a plethora of magnificent hues of blues and aquamarines, the colours so vivid I felt as if there were an assault on my senses, as though it couldn’t possibly be real. Multicoloured crabs could be seen holding onto black lava rocks basking in the sun. The water was so clear, you could see small schools of fish flittering through the current in unison.

By the time I reached Santa Cruz, I was in awe of the seemingly endless and untouched vegetation, so lush and green as far as the eye could see. And just as I was taking all of this in with splendor, my driver suddenly pulled over our car and exclaimed “galápago!” To my astonishment, there snacking on the flourishing landscape without a care in the world, were the first giant tortoises I had ever seen. The size and magnitude of these reptiles in person is unbelievable. With some weighing up to 600 lb, four feet in length and living for 100 years on average, the giant tortoise truly is an evolutionary feast for the eyes.

Following the tortoise pit stop, we carried on driving around the island, through Puerto Ayora, the largest town in the Galápagos Islands, and onto my place of residence for the next few days, Pikaia Lodge. I had seen the photos and researched the property I would be staying at, however, as we pulled up towards the hotel, I felt like I was entering a James Bond film in the role of a Bond Girl – damsel in distress on her way to the villain’s headquarters. An architectural masterpiece, this ecofriendly accommodation astounds all those who enter its gates. Boasting arguably the best views in Santa Cruz, its own private yacht for excursions, contemporary but environmental designs and fabulous food, Pikaia Lodge impresses.

After being blown away by Pikaia, I set off for a boat tour of the islands. Read all about it here!