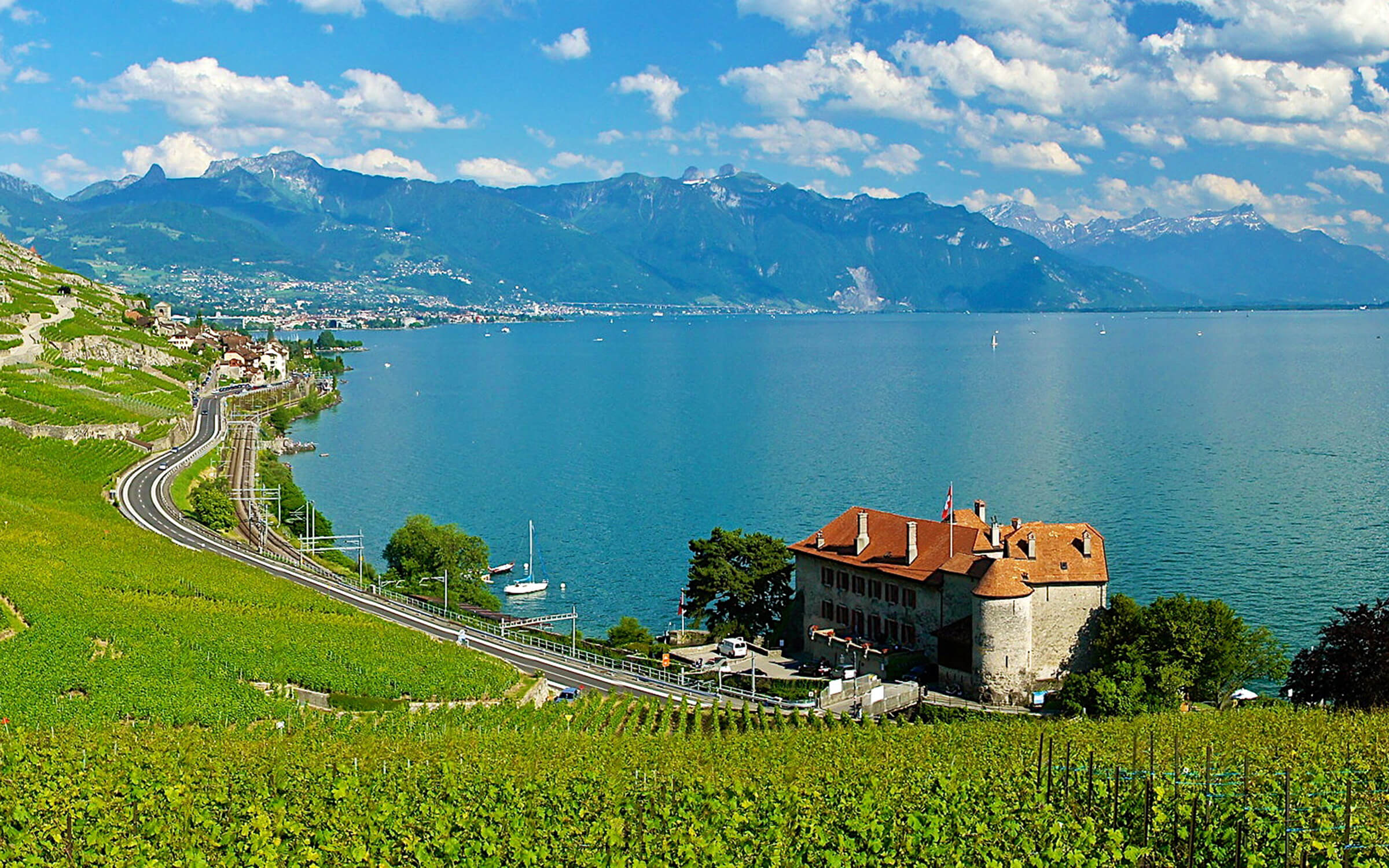 Notes From the Road: Biking Around Lake Geneva

As one rides around the northern edge of Switzerland’s Lake Geneva, the urbane setting of Lausanne gives way to the rustic beauty of field, forest, and mountain, offering a new surprise with every bend in the road.

Lausanne is a city of understated elegance, where urbane parks and stately architecture frame a cultured and sophisticated atmosphere.

Wandering the steep streets of this lakeside city, one constantly nudges up against landmarks that harken back to accomplishments in the arts, sciences and politics, where thinkers from across Europe and beyond came together to exchange ideas. The landscape of the city is crowned by the cathedral, with the pastoral beauty of the Jura foothills in the background, and a waterfront that offers stunning views across to the Alps on the far side of Lake Geneva.

The beach is the place to see the relaxed side of Lausanne. On a summer’s evening, with the refreshing waters of the lake close by, the spectacular vista illuminated by the setting sun, and the sounds of guitars or an open-air concert adding to the atmosphere, it is hard to imagine a more idyllic setting. For a fresh burst of festive energy and music, head to the Esplanade du Flon, an open square that bustles at all hours.

Out of the City, into the Vines

As you leave Lausanne, heading east along the lake shore, you will look up and see row upon row of terraced vines lining the steep slopes, supported by limestone retaining walls. Here, vines have been cultivated for centuries, to take advantage of the warm and sunny microclimate. Small roads wind up among these vineyards and present a healthy challenge to cyclists (though one made easier with an electronic assist), but once you make it to the top, you can enjoy a glass of local wine overlooking the stunning panorama, shaped by forces of nature and refined by generations of winemakers.

Back down on the lakefront, a dignified series of roads and bike paths leads to the towns of Vevey and Montreux. Vevey was once home to Charlie Chaplin, and is the global seat of food giant Nestlé. Montreux, home of the world-famous jazz festival, boasts architectural riches of the Belle Époque. The bicycle (electronic or otherwise) is the perfect way to see this lakefront, where the facades of august hotels and homes, rich in stories and memories, peek through among the dignified oak and pine.

Further along the shore, the Château of Chillon comes into view. The quintessential image of the medieval castle, with ramparts and turrets standing guard over the lake below, Chillon is a human-made extension of the cliffs above. Among those inspired by this striking scene was the Romantic poet Byron, who carved his name in the grey stone of the forbidding donjon deep within the castle. As one reaches the mouth of the Rhône at the end of the lake, one walks in the footsteps of pilgrims: this valley is part of the ancient route from Canterbury to Rome. Early one morning, in a small train station, I met a modern-day pilgrim, walking stick in hand, laden with all his belongings in his backpack. Over coffee, he told me of his travels around Europe on foot, each stop along the way marked in his booklet of stamps. Like the pilgrim’s book of stamps, this region of Switzerland bears the diverse marks of all those travellers who have passed through it, while still retaining its own distinctive identity and history.

Back to The Slow Road Blog
Photography credit: Banner and Lausanne images Wikimedia