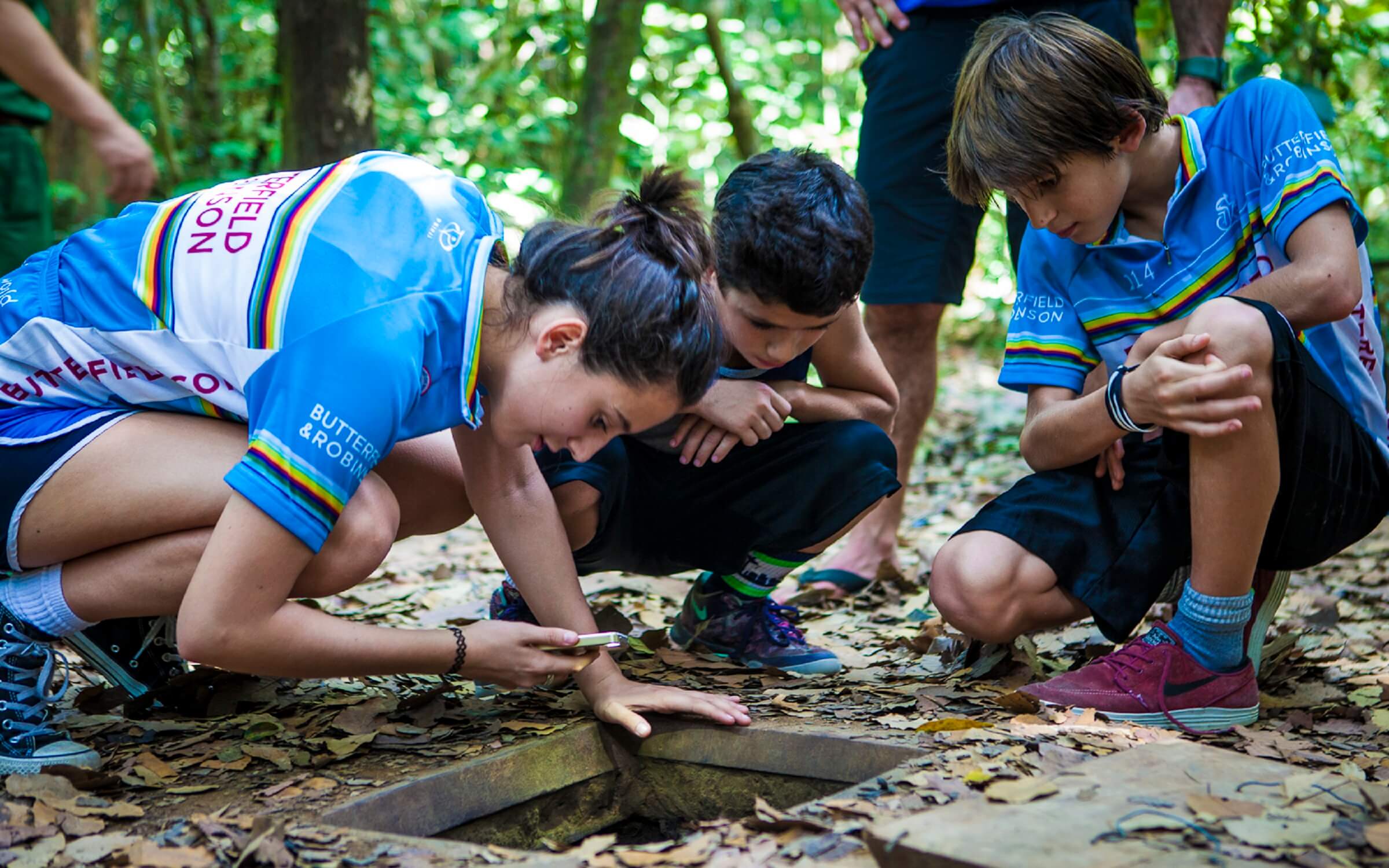 Even in the face of frequent bombings, during the Vietnam War the Viet Cong launched a formidable offensive while people continued to practice life’s daily rituals—underground. Located 75 kilometres northwest of Ho Chi Min City, the Cu Chi Tunnels are an elaborate underground network made up of 250 km (155 mi.) of tunnels and chambers in the town of Cu Chi.

Astoundingly, given their great length, the tunnels were dug with bare hands or very simple tools during the French occupation in the 1940s, and further expanded during the American War (better known in this hemisphere as the Vietnam War) in the 1960s. Though small and very dark, the tunnels provided refuge and a defensive advantage over the American soldiers. They ate, slept, planned attacks, healed their sick and taught their young in the chambers of the Cu Chi tunnels. Some even wed and gave birth here. Today they give us a fascinating glimpse into what life was like during the war.

Reeling from an ineffective bombing campaign over the Cu Chi Tunnels, U.S. command realized that they needed a new way to approach the dilemma of the underground tunnel activity. They began training an elite group of volunteers in the art of tunnel warfare, armed only with a gun, a knife, a flashlight and a piece of string. These specialists, commonly known as “tunnel rats,” would enter a tunnel by themselves and travel inch-by-inch, cautiously looking ahead for booby traps or cornered Viet Cong.

What the Americans Found

On January 18, tunnel rats from the 1st and 5th Infantry uncovered the Viet Cong district headquarters of Cu Chi containing half a million documents concerning all types of military strategy. Among the documents were maps of U.S. bases, detailed accounts of troop movement from Cambodia into Vietnam, lists of political sympathizers and even plans for a failed assassination attempt on Robert McNamara.

The tunnels were preserved after the war and have been converted into a large war memorial complex. The complex consists of two main display sites at Ben Dinh and Ben Duoc. The Ben Duoc site contains part of the original tunnel system, while the Ben Dinh site features tunnel reconstructions that provide an accurate idea of what using the tunnels must have been like.