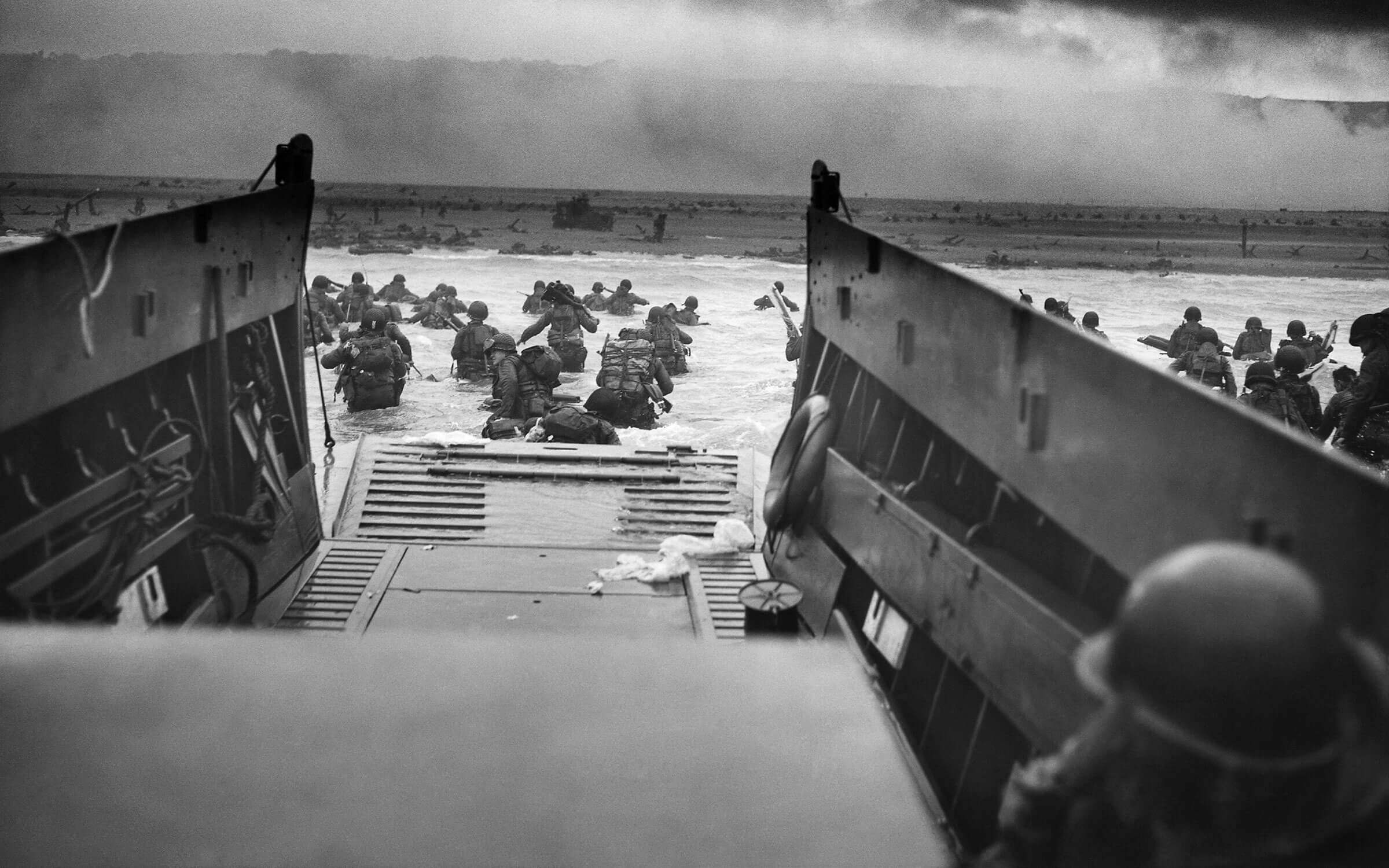 Seventy years ago, as Allied forces prepared their assault on Nazi-occupied France, the Norman beaches of St-Laurent, Colleville and Vierville-sur-Mer became collectively known as Omaha Beach, a stretch of coast essential to the Allied invasion.

Part of Operation Overlord, which encompassed the full invasion of Nazi-occupied western Europe, Omaha proved the most difficult beach to capture on D-Day due to its concentration of German defences. On June 6th, 1944, the American soldiers of the 1st and 29th divisions tasked with storming the beach suffered roughly 2,000 casualties before Omaha was finally taken.

Seven decades later, the sight that once bore so much violence has given way to a series of beautiful, if stoic, tributes to the many men who fought that day.

The American Military Cemetery at St-Laurent-sur-Mer overlooks Omaha Beach. Originally, 23,000 Americans were buried there, but 14,000 were eventually repatriated. Of the 9,386 soldiers who rest here, only 307 remain unidentified. The cemetery has a lovely garden commemorating the 1,557 men who remain missing.

The German Military Cemetery in La Cambe is a fraction of the size of the American cemetery, but nearly 22,000 Germans are buried here. The site was inaugurated in 1961 with the help of the Norman community and the German War Graves Commission.

This strategic German position overlooked both Omaha and Utah beaches, and was taken by the Second Ranger Battalion after they scaled a 100-foot cliff to reach it. It has been immaculately preserved so that it looks exactly the same as it did on D-Day, all those years ago.

M. E. Lemaigre, a Norman French army officer and POW in Germany during the liberation writes eloquently in remembrance of the men who died on Normandy’s beaches:

“All of you, you citizens of free America, children of Texas or of Missouri; you Canadians from the Great Lakes, the descendants from our old Dieppe families; you British, who share with us a common ancestor in William; and all of you, our friends under whatever flag you be; all you, who have fallen on our soil, sleep in peace. Sleep in peace in our rich Norman earth, under the shadow of your white crosses. Sleep in peace under our apple trees, you are at home…”