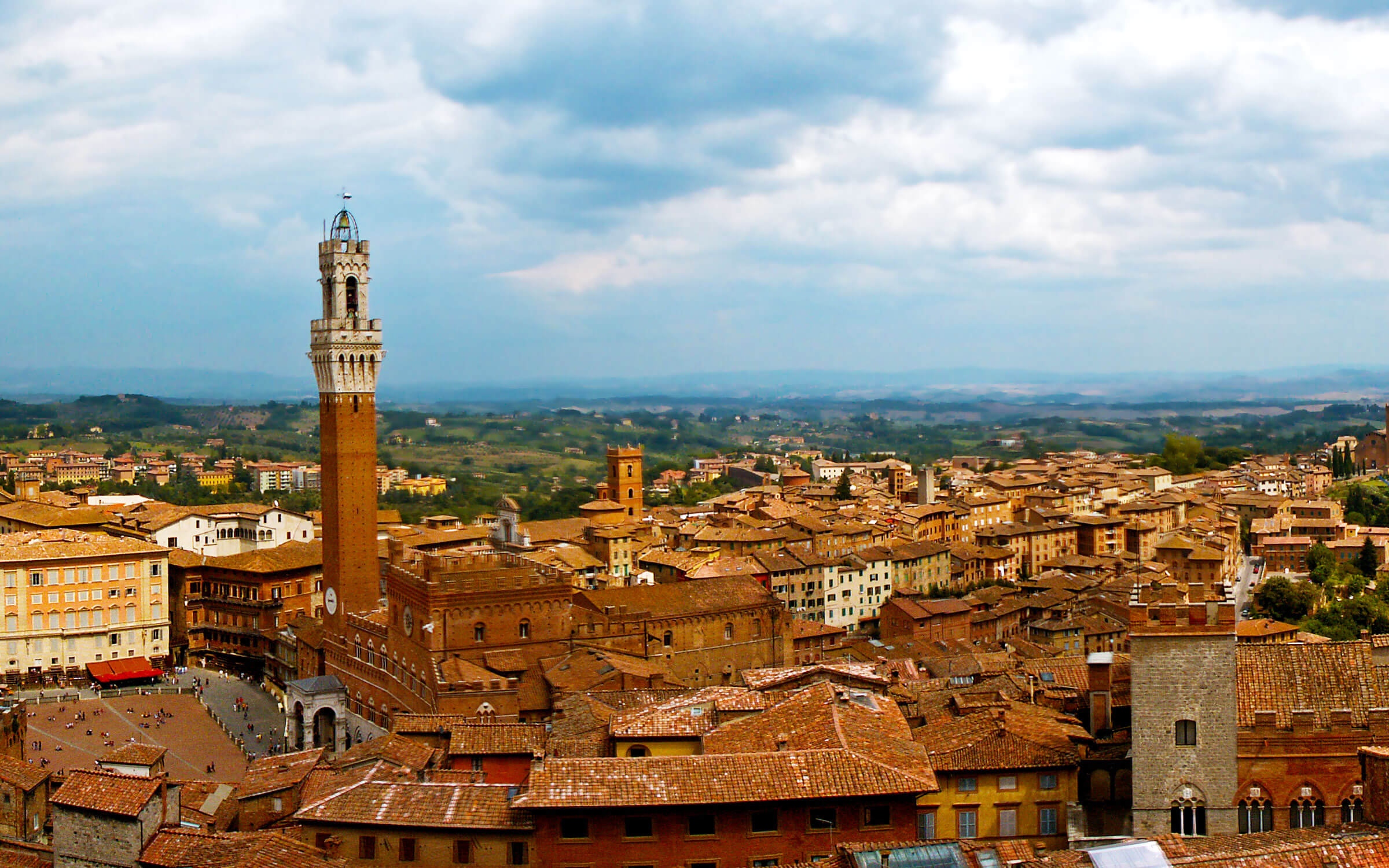 Delve deep into this perfect medieval time capsule, where (thanks to enlightened zoning restrictions dating all the way back to 1307) the palaces and churches of Siena have been preserved like nowhere else in Italy. While the resulting wealth of art and architecture helps maintain a sense of tradition, the city lives and breathes in the fiercely proud Sienese people.

Italians in general are highly superstitious people, and the Sienese take things a step further. Many of their superstitions date back to the Middle Ages, when witchcraft had more sway. They contend that white bullocks bring luck, as do bearded monks! They tie a branch of a fir tree on the door of the farmhouse to keep witches out. They believe in magic and in the jettatore—those who cast spells. There are other less innocent practices, such as casting a charm over someone whose death is desired (one gruesome method is to tie a lock of that person’s hair to the leg of a toad and then kill the toad!).

On the other hand, there are also more benign customs, such as the blessing of eggs. Most of these old customs are still practiced in some form, albeit not as much as more modern superstitions—like not walking under ladders and avoiding black cats in your path. (Admittedly, the Sienese aren’t alone in practicing those ones.)

The Palio: A Siena Tradition

The city’s most famous tradition is the Palio, a horse race surrounded by pageantry and pride that runs in the Piazza del Campo on July 2 and August 16 each year. Ostensibly, the Palio celebrates the Visitation and Assumption of the Virgin. In reality, the qualities more often associated with the Palio are status, vainglory, venality, intrigue and violence. The runners and riders hail from rival contrade (neighbourhoods), who hire fantini (jockeys) to race their horses bareback and clockwise around the Campo. The winning contrada is awarded a silk banner usually painted with an image of the Virgin, along with bragging rights for a year.

For more on the Palio, check out this great clip from YouTube:

Siena is also the quintessential Gothic city. Having thrashed the Florentines at the battle of Monteaperti in 1260, Siena came into its moment of glory on the stage of history. Many of its great monuments date from this period, including the Palazzo Pubblico, the prized seat of communal government, and all of the best-known paintings—including Duccio’s Maesta, Simone Martini’s Maesta, and Lorenzetti’s Good and Bad Government.

The Torre del Mangia punctuates the Piazza del Campo. The focal point of the Piazza del Campo is the Palazzo Pubblico. Aesthetically, it forms a noble backdrop to the Piazza. Functionally, it continues to be the seat of the civic government and also houses the city’s museum, with its pivotal works from the Sienese school of painting.

To the left of the Palazzo Pubblico rises the Torre del Mangia (“Tower of the Eater”), built from 1338-48. Its odd name derives from a tale concerning one of the tower’s earliest bell-ringers, whose corpulent frame led people to suppose his chief interest was eating. At the base of the tower is a lovely chapel, built in honour of the Virgin to thank her for delivering Siena from the great plague of 1348, which killed over half of the population.

The duomo of Siena, dedicated to the Assumption of the Virgin, is one of the great Tuscan Gothic cathedrals. Rich traditional black and white marble was used in its construction, which took place between 1196 and 1215. The interior is magnificent and not to be missed. The Museo dell’Opera del Duomo (Cathedral Museum) has been installed in the unfinished extension to the south of the church and houses many works once in the cathedral, including Duccio’s seminal Maesta. Siena is also a city of wine.

In the Medici fortress, the enoteca (wine store) provides tastings of wines from all over Italy. The Cantina di Brunello on Via del Paradiso 20, just off Piazza Matteoti, has an unbeatable selection of Brunello. The wine store with the most varied selection of Chianti, as well as panforte, olive oil and honey, is at the northeast corner of Piazza Gramsci.