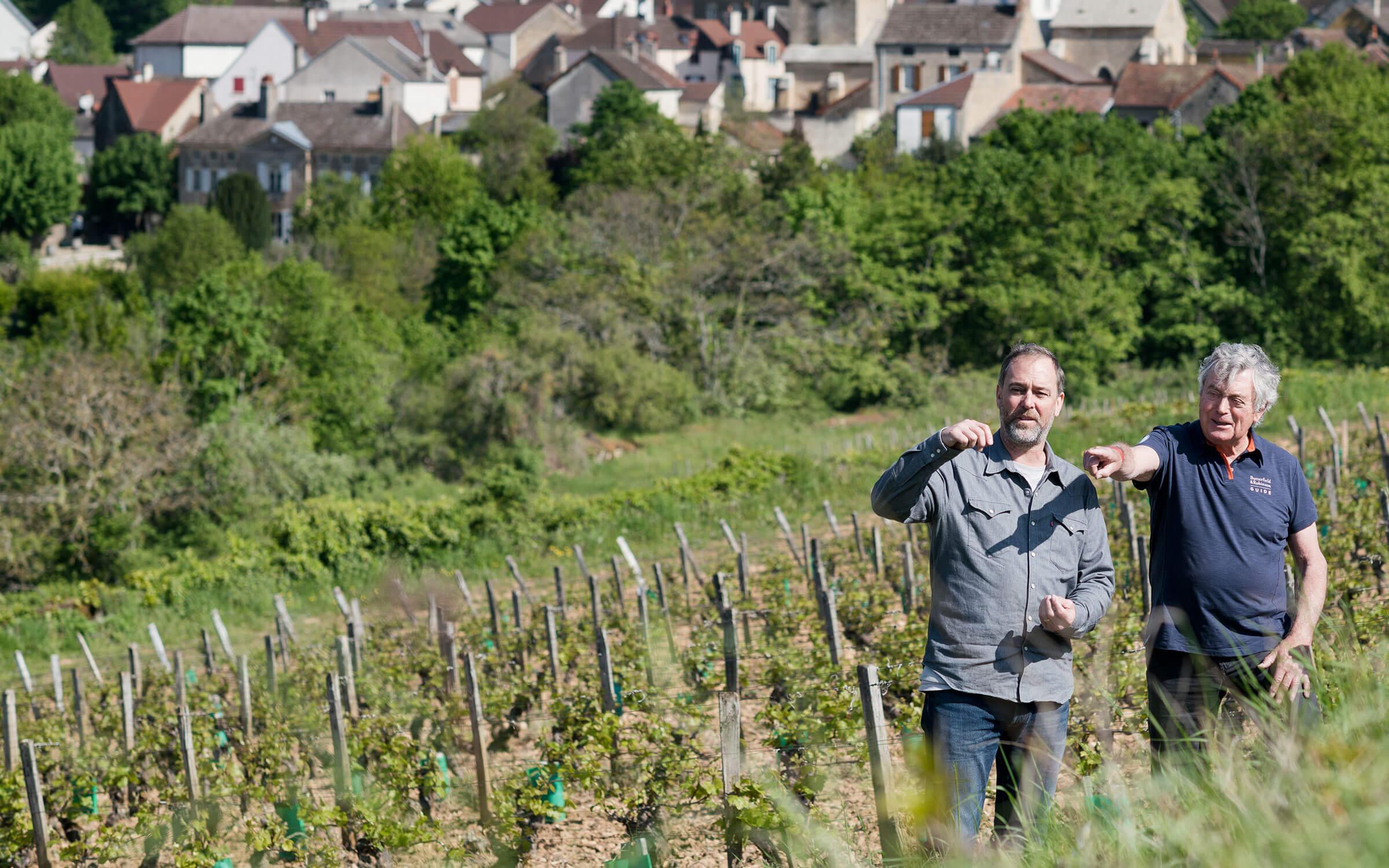 The B&R Q&A: A Conversation with David Butterfield

It’s been 30 years since David Butterfield first set foot in Burgundy, and boy how times have changed. The Slow Road caught up with the son of B&R co-founders George and Martha Butterfield, now a respected producer of Burgundy Grand Crus, to talk terroir and ask about the allure of local Burgundians.

A Chat with David Butterfield

Your family has had a connection to Burgundy for a long time now. What’s your earliest memory of the region? Do you remember your first impression?

David: It was the summer of 1987, I was 17 on a B&R student biking trip across Europe (in the days of panniers and no van support!) with 25 others rowdy students.

We were  (it bears repeating) a rowdy bunch and one could imagine that the guides needed a break, so instead of setting us loose on the town they kept us under lock and key in the hotel that night. So for my first night in Beaune, we we’re grounded!

A lot has changed and you now live in Beaune year-round. Explain how you went from B&R staff member to permanent Burgundian?

Pretty simple really, I fell for the wine and a beautiful local!

Of course, it’s one thing to live in Beaune and quite another to produce Grand Cru wine. How did you get into the winemaking business?

I studied at a regional wine school in Beaune with the other locals in 2001-2003. It was a work/study degree granted by the Ministry of Agriculture specifically in viticulture and oenology.

During and after the program, I had several experiences working with different vignerons in the area and did a vintage in New Zealand as well. The Butterfield winemaking adventure started in 2005 with small purchases of grapes from a few different producers from several  separate climats (applelations) from Meursault and Beaune.

“The goal is to guide the winemaking so that the
energy of the wine in the bottle has a clear connection to its origin.”

Obviously, Burgundy has no shortage of excellent wine, so it’s no doubt a competitive marketplace. Talk a bit about Butterfield wine. How do you distinguish yourself from the competition?

The truth is, I am not directly trying to distinguish myself from the competition. There is more of a collective sense where the goal is to guide the winemaking so that the energy of the wine in the bottle  has a clear connection to it’s origin.

What is the land giving? Well, whatever it is giving needs to end up in the glass. If it’s not a Meursault, a Pommard or a Beaune that reveals itself in the tasting then you’re not doing it properly.

We come from a part of the world where each parcel of land delivers a specific magic and it’s about trying to capture that essence in the glass, nothing more.

Burgundy is known for only producing Pinot Noir and Chardonnay. What makes the wine distinct from other regions that grow those grapes? In your opinion, what makes it special?

Pinot Noir and Chardonnay were conceived in this area centuries ago, evolving over time to adapt to small changes in the soil, the climate, etc.

What we call Pinot Noir and Chardonnay are no more than the best vehicles by which to express the nuances of Burgundy in general. In terms of the marketing, there is no mention of the grape variety, only the climat. Each parcel delivers a potential defined by all the many subtle variables like soil type, exposition, sunlight, bed rock, the telluric energy etc.

The combination of all of the above is what is referred to as “terroir” suggesting a specific uniqueness from one climat to the next. Pinot Noir and Chardonnay exploit the potential in the region perfectly and deliver that magic into every glass of wine!

Do you have a favourite vintage or favourite bottle? What’s in your cellar?

Nothing beats the red wines from Armand Rousseau in Gevry Chambertin; Clos St Jacques 1er Cru 2001 is beautiful. Not a great vintage but a great moment nonetheless. Sharing a bottle of Montrachet Grand Cru 1911 with the Lardiere family was a very special memory.

In terms of cellaring, it is tricky to keep things in there. We try and stock our cave with wines from our kids’ vintages so that it forces us not to drink them. If it’s not from 2004, 2007 or 2010 it won’t stick around for long!