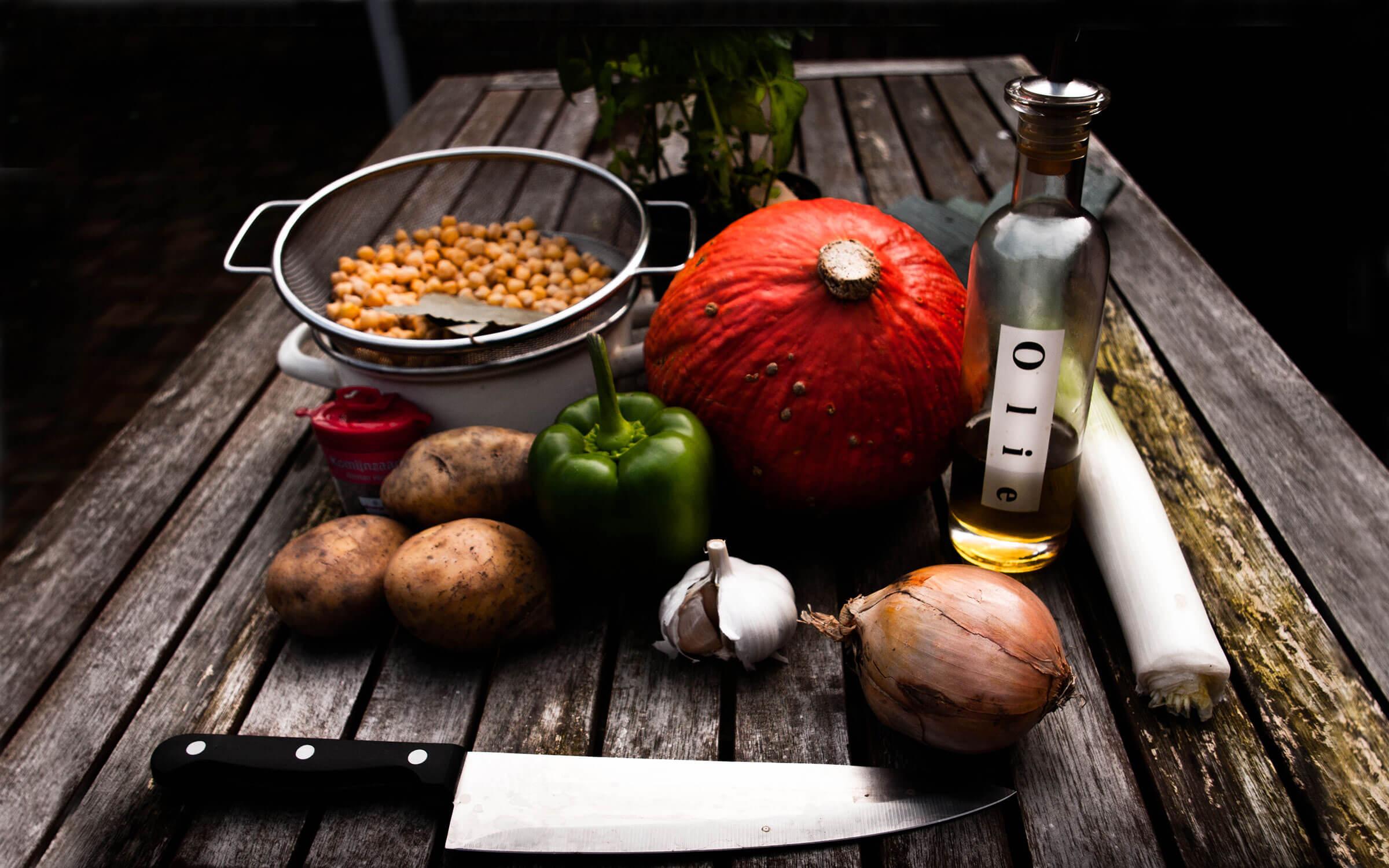 Of course, Italy has pizza and pasta, and France beef bourguinon and escargots. While these delicacies perennially impress, their deliciousness has come to be expected.

That you can be amazed and surprised by the cuisine in Holland, however, maybe one of Europe’s best kept secrets!

Dutch Cuisine: As Simple as it is Amazing

As you cycle during the day, exploring the beautiful tulip fields, the green heart polderland and the quaint and authentic little villages of Holland, your dinners will be a well deserved surprise every evening.

The Netherlands doesn’t particularly have its own culinary specialties, but is therefore—like the demography in Amsterdam—a melting pot of different cultures and styles. As you peek into the kitchen in an average Dutch house, you’ll no doubt find a lot of farm-fresh, simple and tasty food: potatoes, cabbages, cauliflower, carrots, beef and pork.

In the 17th century, during the prominence of the East Indian Company, new spices and herbs were imported, like pepper, nutmeg, cloves and cinnamon, and the Dutch started to prepare new and different dishes. As Europe opened up, Holland also opened up for different cultures and tastes. Nowadays we cook the dishes of many cultures, European or otherwise: Indonesian, French, Italian, Greek, Turkish, Surinam, etc.

A Diversity of Dutch Restaurants

This variety is also reflected in Holland’s restaurant scene—a great diversity of international cuisine, cross-over and fusion. To reveal a little bit of the secret, Inter Scaldes is the name not to forget. This creative, innovative and inspirational kitchen has two Michelin stars and will serve you high-quality pieces of art. Located between two important and rich waterways (the Scaldes), it is well known for excellent seafood like lobster, oysters and mussels. The patron chef, Jannis Brevet, is inspired by what he gets from the land and water, using natural and local products.

Your senses will obviously be triggered while cycling through the Netherlands. The smell of hyacinths in the fields. The sight of windmills, lined up by the dozen. Even the touch of serenity gleaned from the quietness of the lowlands and waters.

But take it from a Dutchy: your sense of taste will not be left out!