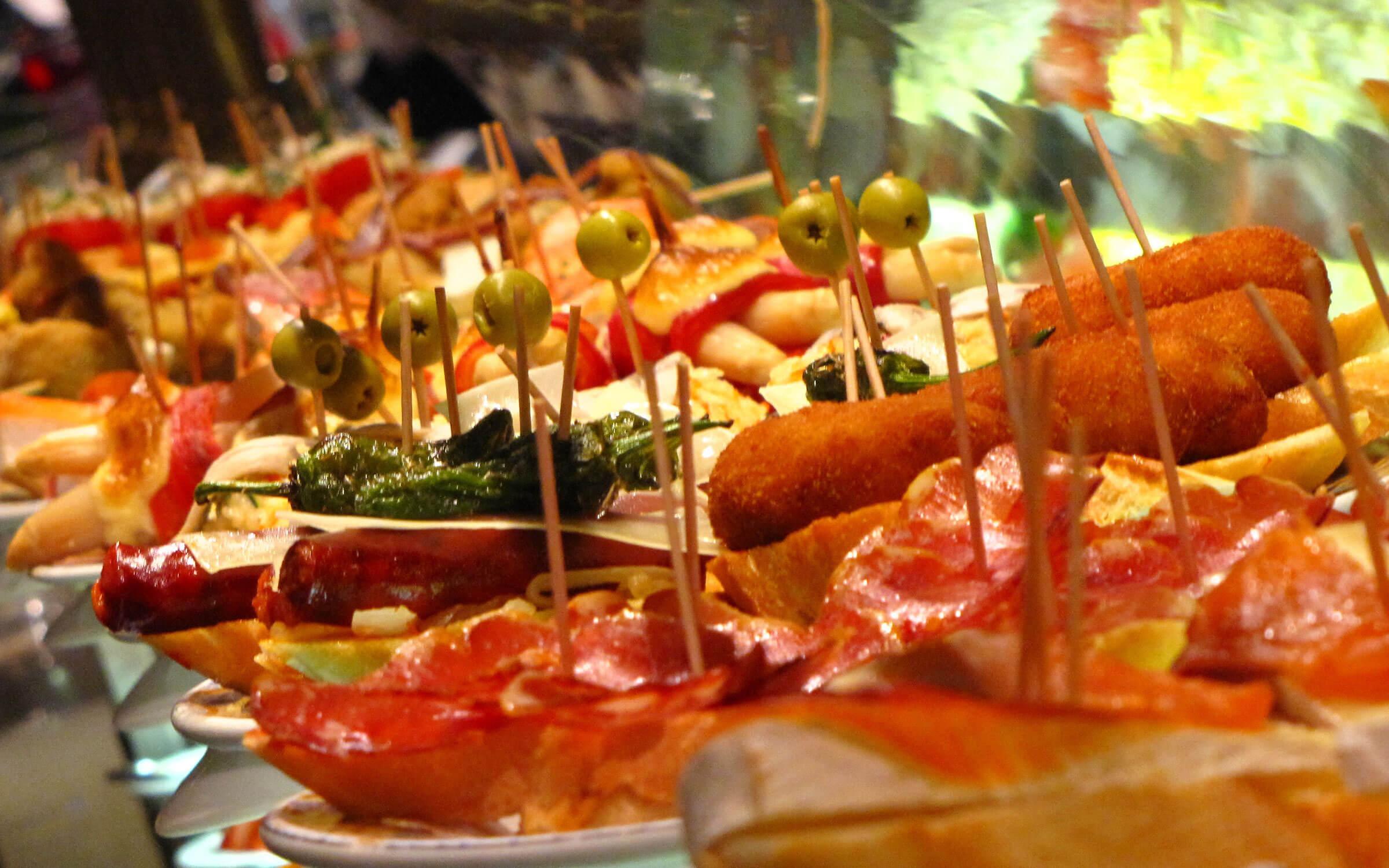 Pintxos: the Tapas of the Basque Country

Before we say anything else, a disclaimer: as a general rule, we don’t often advocate eating a food whose name derives from the words “thorn” or “spike.” But when staring down pintxos in Rioja, well… what is it they say about rules?

Fortunately, in Rioja and Navarra, the thorn isn’t in our sides (sorry, had to), it’s impaling a delicious combination of bread, meat and seafood. The Basque word for “spike,” pintxo refers to the toothpick used to skewer fish, seafood or meat and keep them attached to a piece of bread.

Similar to the better-known tapas tradition found across Spain, these small snacks provide diners an excuse to socialize. Served as appetizers and accompanied by a small glass of white wine or beer, they free eaters from the typical conventions of a full meal and encourage conversation and conviviality. Often a group will hop from one bar or restaurant to the next, sampling the skewered concoctions (and the accompanying libations) as they go.

A Tradition of Tapas

The skewer maybe a hallmark of pintxos, but the concept of lighter fare served casually certainly isn’t limited to Basque country. Across Spain, where dinner is generally served some time between 9 p.m. and midnight, tapas offers an opportunity for people to socialize after work and quiet rumbling stomachs, which will have to wait a few more hours before a larger meal is served.

Derived from the Spanish word tapar, meaning “to cover,” tapas originally did just that. The word referred to slices of meat, often ham or chorizo, which Spanish sherry drinkers used to cover their glasses between sips. (The salty meat dissuaded the fruit flies looking for a sip of the sweet sherry.) Noticing the trend, posaderos (bar or restaurant owners) began catering to the crowd, serving relatively small portions of bread and meat to accompany the sherry. A tradition was born.