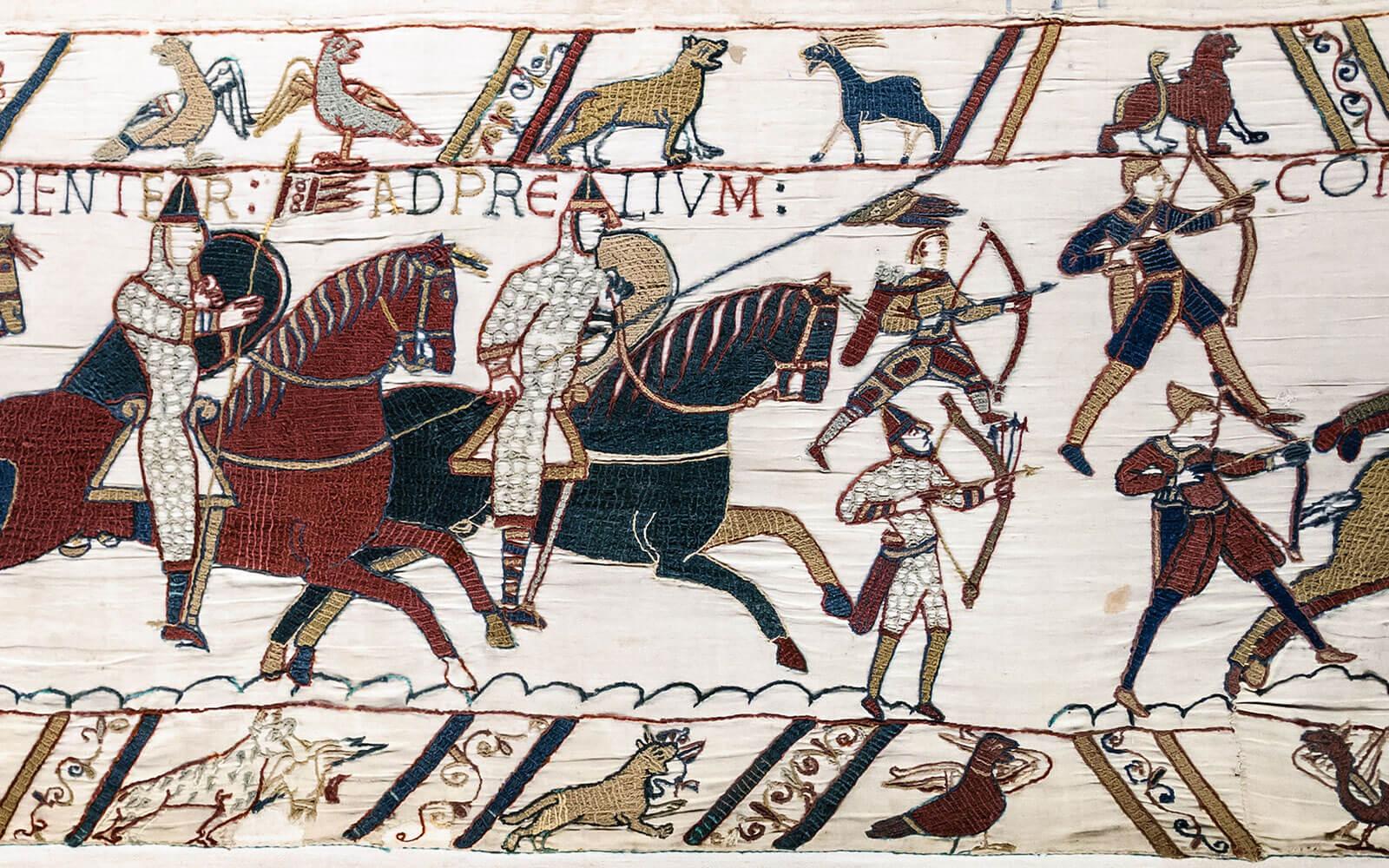 A (Brief) History of a (Long) Banner: The Bayeux Tapestry

Must Sees | France | By B&amp;R Staff

Picture this: in a picturesque and medieval French town, gorgeous homes and intricate stone bridges are…routinely ignored. While Bayeaux certainly has its charms, in this town the top draw is an embroidered piece of cloth. (Seriously.)

William the Conqueror and Harold Godwinson

To be fair, this 11th-century antiquity is considered the most precious medieval document in existence, an enormous (230-feet long by 1.5-feet wide) wool-on-linen embroidery chronicling the invasion of England by William the Conqueror in 1066. Invaluable to scholars, the tapestry provides reliable details of the period’s clothing, ships, arms and customs.

The two main characters in the tapestry are Harold Godwinson, king of England, and William, Duke of Normandy. Previously known as “the Bastard,” having been born the illegitimate son of the Duke of Normandy, William later earned the preferred moniker “the Conqueror” after his victory at the Battle of Hastings on October 14, 1066 and his ensuing successful invasion of England. It is this pivotal invasion that the Bayeux Tapestry chronicles.

In 58 scenes, it depicts the historic events that occurred between 1064 and 1066 in Normandy, Picardy, Brittany and England. It is thought to have been commissioned by the bishop of Bayeux, Odon de Conteville, William’s half-brother, and is believed to have been created between 1070 and 1080.

The tapestry is divided into three segments: the upper and lower segments depict scenes and animals from Aesop’s Fables while the middle segment relates the story of the Conquest from the Norman perspective. The battle scenes are depicted in grisly detail, and the upper and lower friezes are often amusing and sexually explicit. This is truly an exceptional work both for its secular subject and its fine craftsmanship.

The Bayeux Tapestry can be seen in its entirety here, but to really see it come to life, take a look at the video below: