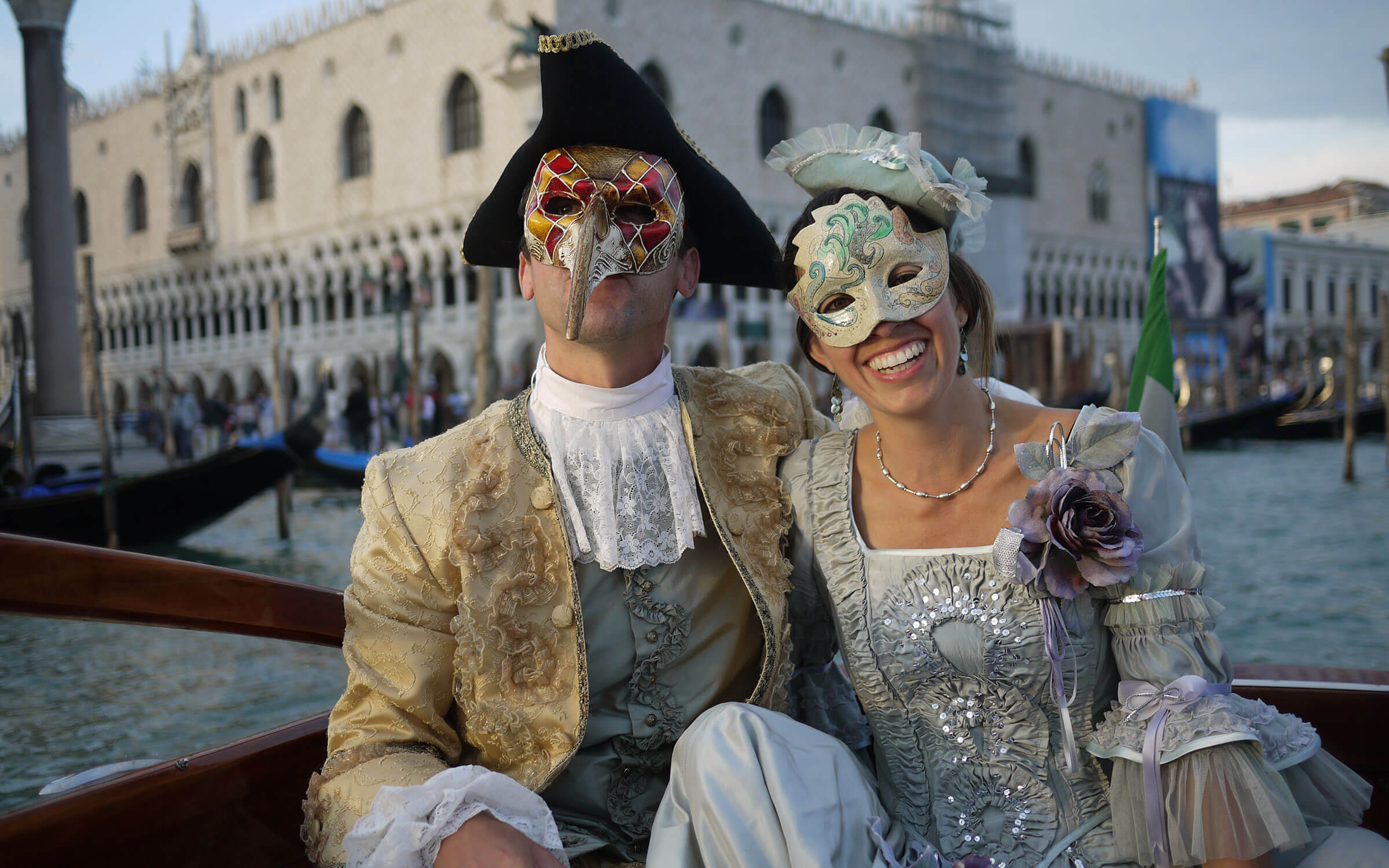 Must Sees | Italy | By Nathan Lane

Greed, envy, jealousy, happiness, beauty and love. Though they conceal a wearer’s face, the masks of the Venetian Carnival can reveal an entire spectrum of emotion.

Usually made of leather or porcelain, many Venetian masks provide wearers with exaggerated features—a long, pointy nose or a rounded brow, for instance—meant to portray particular character traits or emotions while protecting the wearer’s identity. Popular masks include those from Italy’s Commedia dell’arte theatre tradition, which provided prototypes for many character types still found in modern theatre, film and television.

While the original motive for mask-wearing in Venice remains unclear, the earliest mention of Venetian masks dates to May 2, 1268, when a decree made it illegal to throw scented eggs or gamble (which is to say, cause mischief or try to escape one’s debts) while wearing a mask. Later laws would prohibit the wearing of masks while entering nuns’ parlours, giving us some idea of just how—ahem—libertine the Venetians of the day were.

The Venetian Carnival itself began as the celebration of a military victory by the Republic of Venice over the Patriarch of Aquileia in 1162, and continued for centuries until it was outlawed by the Austrian government (which then ruled Venice) in 1797, at which point mask-wearing became a rare and restricted practice.

The Carnival was revived by the Italian government in 1979, and each year the streets and canals swell with medieval masks and the elaborate costumes that accompany them, restoring the city’s rich culture of Venetian masks and pageantry.

A zany trickster (the name literally means “harlequin”) and staple of Commedia dell’arte, the Arlecchino mask sports ape-like features like a large, round brow and a stout nose, conveying the character’s simple nature. But the mask’s real trademark is the bump that sticks out from its forehead, meant to represent a devil’s horn and portend the character’s mischievous nature.

Literally meaning “plague doctor” this mask evolved not from theatre but from medicine. Originally worn by a17th-century French doctor, Venetian doctors took to sporting the long-nosed mask with a black cloak and other precautions like white gloves, which they hoped would spare them from disease.

Historically the Bauta was one of the most popular Venetian masks. The white mask was often paired with a black cloak and regulated by the government, as citizens were required to wear the outfit and conceal their identity when voting on political issues and participating in events that required anonymity, and thus equality.