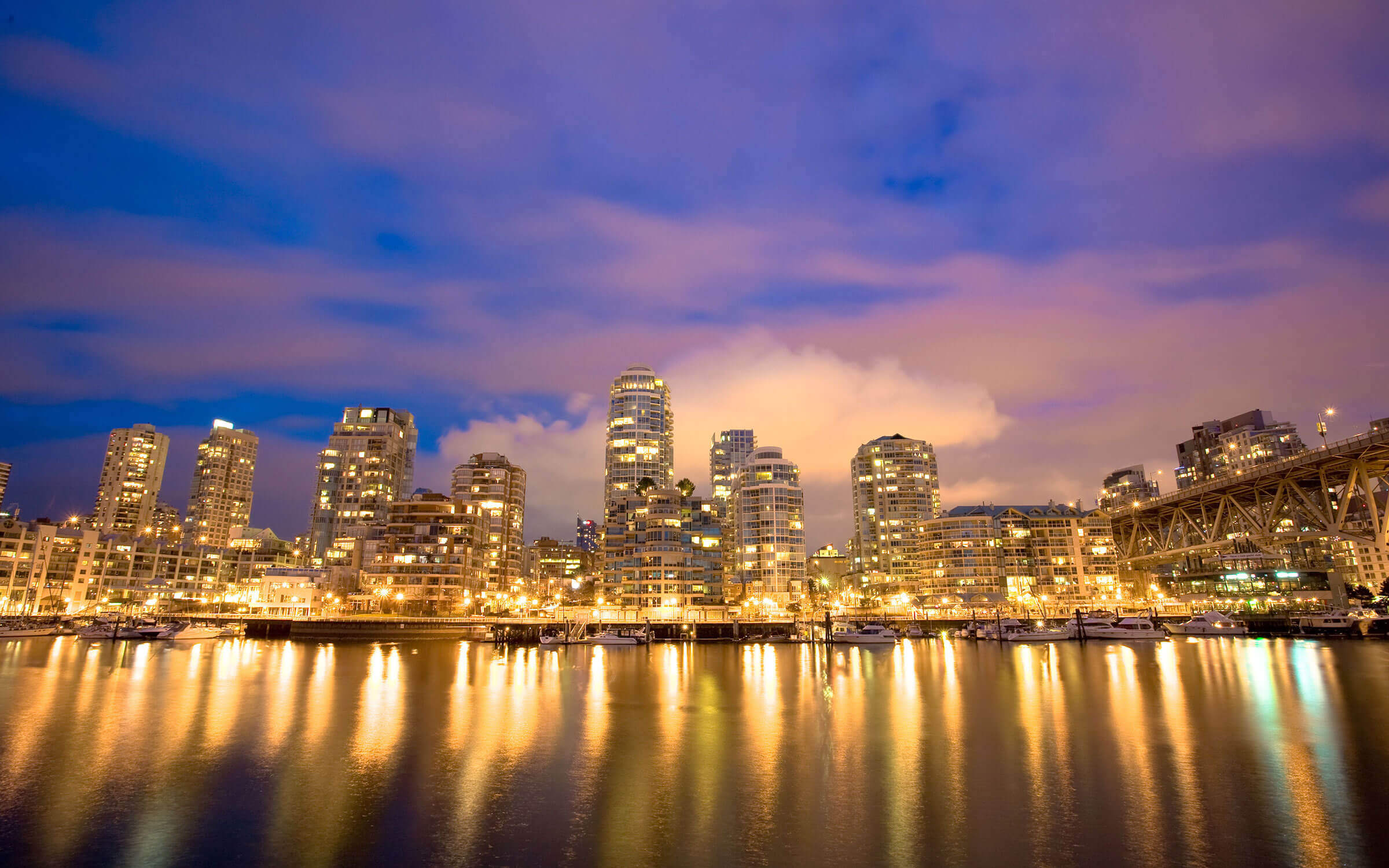 Insider's Guide: Our Favourite Places to See, Stay and Eat in Vancouver

Lots of cities claim to welcome the world, but few can match the hospitable welcome Vancouver, British Columbia provides her visitors. (And as a Tornoto-based company, that’s not easy for us to admit!) A Pacific seaport with a laidback allure, it collects cultures and ethnicities from almost all of the world’s corners, then comingles them in neighbourhoods at once unique and familiar. Nestled snugly between ocean and mountains, the city has managed to grow without overwhelming its beauteous surroundings or sacrificing its comforting come-as-you-are atmosphere.

Vancouver Attractions: What to See + Do

Nature is omnipresent and inescapable in the city, and convenient access to the outdoors is a hallmark of Vancouver attractions—one of the many reasons the city frequently ranks as Canada’s most livable.

A few points of interest in Greater Vancouver are the famed Lynn Canyon Suspension Bridge—it’s free, and prettier than the other suspension bridge you may have heard of. Grouse Mountain, home to exceptional gondola-assisted views, the delightful mountaintop Grouse Nest restaurant and a grizzly bear preserve.

If you’re feeling active, consider renting a double kayak and paddling around English Bay. The reward, apart from some good exercise, is an astounding view of the picturesque cityscape.

Stanley Park, an oasis of verdant tranquility in the midst of a thriving metropolis, is another can’t-miss destination for nature lovers. The 1,000+ acres of fir, hemlock and cedar forest are crisscrossed with miles of well-maintained bike paths, and there’s always some sort of cultural event taking place under the park’s leafy green big-top. For a good active day out, rent a bike and ride the 10km seawall.

Stanley Park is also home to the Vancouver Aquarium, one of North America’s largest underwater zoos. With over 8,000 aquatic animals from all over the world, it’s a definite must-visit if you’re travelling with children, as is Science World British Columbia (1455 Quebec St.), a superfun edutainment complex.

Even in the heart of downtown, concrete grey and asphalt black give way to fresh, revitalizing all-natural green. The Dr. Sun Yat-Sen Classical Chinese Garden (578 Carrall St.), the only full-size garden of its kind outside of China, is an urban sanctuary of serenity smack dab in the middle of Vancouver’s bustling Chinatown (the second largest in North America, next to San Francisco, by the way). Relaxation is taken very seriously here: every inch of the garden has been meticulously planned, and each plant, rock and architectural piece has been carefully chosen for its symbolic meaning and mood.

In a way, the Garden is a microcosm of Vancouver itself: a seamless synthesis of divergent parts drawn together into a single, cohesive and harmonious whole. After just a short visit, you begin to understand the unique magic of this city on the Pacific. Everything, no matter where it comes from, fits in perfectly—you included.

Vancouver Hotels: Where to Stay

Fairmont Pacific Rim
Sophisticated and cosmopolitan but casual and contemporary, this downtown Vancouver hotel combines the best of the Pacific Rim in its plan, décor and culinary offerings. A recipient of Condé Nast Traveler’s Reader’s Choice award in 2012, Fairmont’s Vancouver property boasts three restaurants and a spa.

Hotel Georgia
Among the city’s oldest and most elegant properties, the Hotel Georgia has hosted no shortage of Hollywood legends, from Nat “King” Cole and Katherine Hepburn to rock royalty like Elvis Presley and real royalty in the form of the British royal family. Today the boutique hotel sports 156 guest accommodations, a spa and a signature restaurant by renowned Chef David Hawksworth.

Opus
After revamping and relaunching its 96 rooms in March 2013, Opus is once again staking a claim to the title of Canada’s premier boutique hotel. Bold, fresh and a little cheeky, designer Robert Bailey’s new interpretation may be inspired by the expressions of designers from the 1970s, but the Opus embraces the 21st century: each room comes stocked with an iPad and Samsung Galaxy S3 guests can use to roam the city.

The Burrard
Like Opus, The Burrard blends retro cool with modern amenities. Redesigned in 2011 to evoke the property’s cocktail-guzzling glory days of the 1950s, it exudes retro cool while offering modern features like in-room wifi and HDTV, along with free bike rentals (which, as you may or may not know, happens to be one of our favourite ways to explore).

Vancouver Restaurants: Where to Eat + Drink

Hawksworth
Pictured above, chef David Hawksworth’s namesake restaurant combines elegant glamour with warm and attentive service. The contemporary cuisine celebrates Vancouver’s cultural diversity while its location within the Hotel Georgia places it at the heart of the city.

La Quercia
This casual Italian restaurant prides itself on an ever-evolving menu, combining traditional and contemporary plates prepared with precise technique. Foregoing printed menus, available dishes are listed daily on the restaurant chalk board (but guests can always request classics like pasta bolognese).

Bao Bei
With influences from Taiwan, Shanghai and the Sichuan Province, this intimate Chinese restaurant provides small plates perfect for sharing among a group of friends or family. With a healthy appreciation for a stiff drink or a nice glass of pinot noir, its wine and libations list provide an extra incentive.