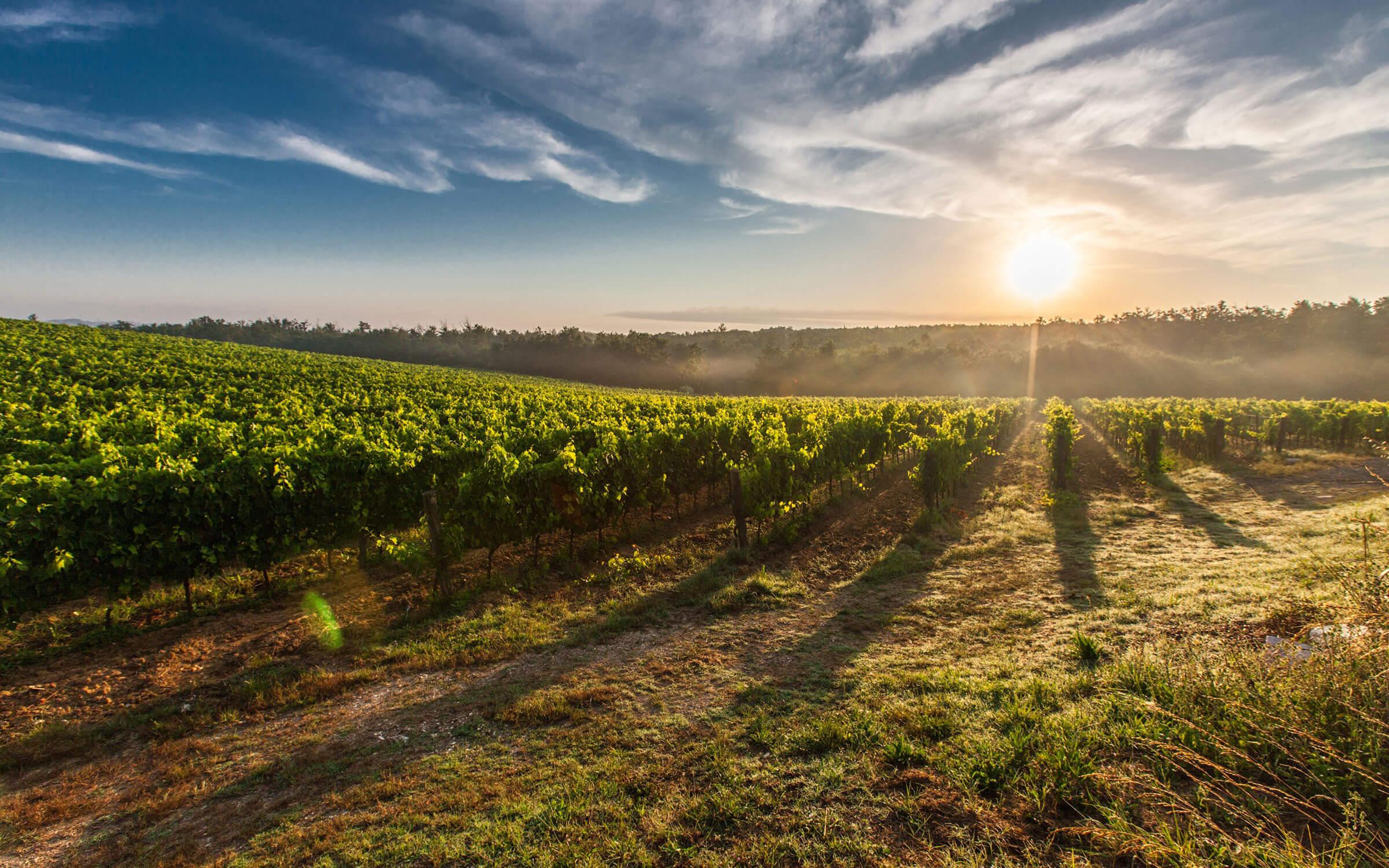 At The Slow Road we’ll be the first to admit that for us, a great culinary experience involves a fine glass of wine or two (or three).

And while expanding your palate is a worthwhile endeavour in its own right, it’s made all the more rewarding when you have a sense of the history behind the bottle.

In our Vines 101 series, we pull back the curtain on some of our favourite wine regions in the world and explore their oenological offerings.

The word Chianti is derived from an Etruscan family name (Clanti), though today it refers to the hilly region between Florence and Siena, bordered by the Siena-Florence highway on one side and the Autostrada from Florence to Arezzo on the other.

The name Chianti was first used in the oenological sense by Grand Duke Cosimo III, who defined which parts of Tuscany could call their vintage Chianti—the first time in recorded history that a wine had its production area delimited. The quality of Chianti wine today is largely a product of the early winemaking efforts of the “Iron Baron,” Bettino Ricasoli, the second prime minister of unified Italy.

As the story goes, Ricasoli was not a very good looking man, and when some younger, attractive gentleman asked his wife to dance at a ball in Florence, he jealously relocated to Brolio Castle in Monti, Chianti (presumably, where this type of temptation was harder to come by). To pass time in Chianti, he began to experiment with different combinations of grapes, and in the process hit upon a pleasing mix of red sangiovese and canaiolo grapes, with a touch of white malvasia, twice fermented in the old Tuscan manner.

How to Read a Chianti Wine Label

Most Italian wines are named for the varietal used and the district they come from. If the label says DOC (Denominazione di Origine Controllata) it means that the wine comes from a specially defined area and was produced according to a certain traditional method; DOCG (the “G” stands for Garantita) means that a high quality is also guaranteed, a badge worn by only the noblest of wines. Classico means that the wine comes from the oldest part of the zone of production, while Riserva or Supériore means a wine has been aged longer.

Tuscany produces 19 DOC and DOCG wines, including some of Italy’s finest reds, Brunello di Montacino and Vino Nòbile di Montepulciano. The red wines of Chianti are relatively dry, tend to have a ruby-red colour and move toward a garnet colour with age. Red Chianti wine generally features a minimum alcohol content around 11.5 per cent, while white varieties have a slightly higher alcohol content of about 12 per cent. Chianti is subdivided into seven categories and geographical distinctions. One of the hallmarks of Chianti wine is its versatility; the young varieties go well with hors d’oeuvres, pasta, roasted white meats, red meats and game and are best served at room temperature.

Montepulciano: “The king of all wines”

The town of Montepulciano was reputedly founded in the sixth century by the people of Chiusi, who were fleeing the Barbarian invasions.

The first written accounts of the town refer to the settlement as Mons Politianus, which explains why the townspeople are known as Poliziani. Due to its strategic position overlooking the Val d’Orcia on one side and the Val di Chiana on the other, the town was constantly being fought over by the Florentines and the Sienese.

In 1202, the Poliziani chose Florence as their protectorate (ostensibly because it was farther away and could assert less control over their lives). Over the next 200 years, however, Montepulciano changed hands several times. This flip-flopping of ownership is the reason for the town’s artistic riches, as each ruler sought to outdo the last.

The final reversal in ownership happened in 1511, when Montepulciano once again came under the jurisdiction of the Florentines. Florence’s influence on the town is obvious in the style of Montepulciano’s palazzi, which bears the symbols of Florence: the giglio, or Florentine lily, and the marzocco, the heraldic lion. Montepulciano is also the birthplace of one of the Renaissance’s most celebrated lyrical poets, Poliziano (né Angelo Ambrogini), who took the Italianized version of his hometown’s ancient name as his own.

Today the town is most famous for its wine, Vino Nòbile di Montepulciano. This wine was described as the “king of all wines” by a 17th century poet, and it was one of the first wines whose origin was guaranteed by the Italian government.

Montepulciano wine is a blend of prugnolo gentile (a type of Sangiovese, the predominant varietal in Chianti and Brunello di Montalcino), canaiolo and mammolino grapes.