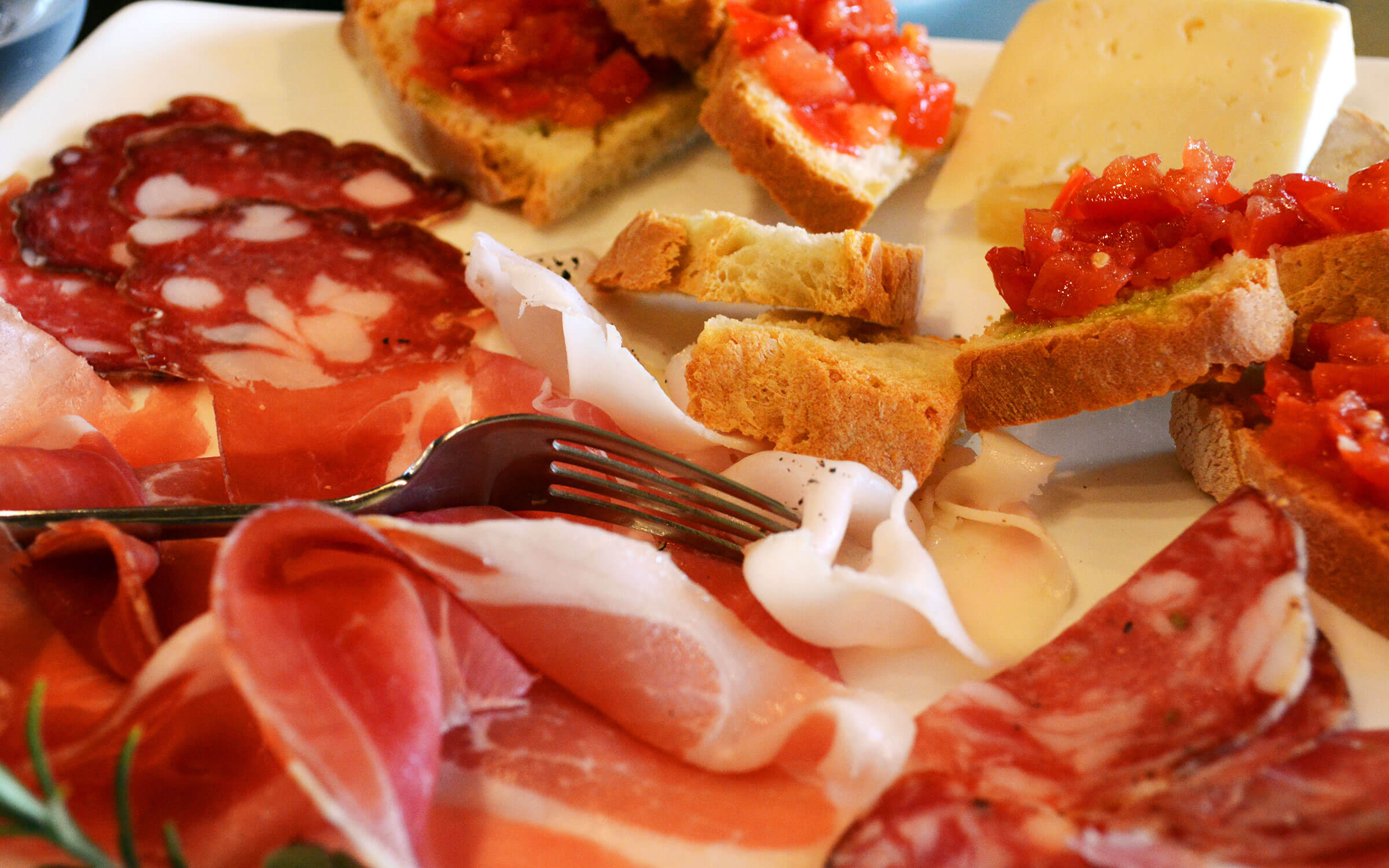 Cuisine 101: An Introduction to the Cuisine of Tuscany

At The Slow Road we believe that getting in deep and up close has as much to do with a region’s culinary culture as it does with its geography and people. You can’t really call yourself a cultural adventurer if you don’t embrace the local food and drink; to partake of the freshest, most delicious local fare is to become one with where you are. In our Cuisine 101 series, we introduce you to a few of our taste buds’ favourite regions.

So much of what we today think of as “Italian food” has its roots in Tuscany cuisine. Imagine a sumptuous Italian feast and it’s hard not to picture bruschetta hot off the grill topped with fresh tomato, basil and olive oil; a thick Florentine-style T-bone steak, biscotti dunked in a caffe latte; or a glass of sweet vin santo or a full-bodied glass of Chianti. Below, a few delicacies that are as quintessentially Toscano as Chianti.

Few pigs are actually raised in Tuscany, but the prosciutto cured here is among the most prized in the country. Tuscan prosciutto is saltier and stronger tasting than the “sweet” variety (prosciutto dolce) found in Parma and the rest of Emilia-Romagna. The curing of pig thighs can be traced back to the Romans, and in the Middle Ages Charlemagne passed strict laws regarding the conservation of pork. But the art of making Tuscan prosciutto was perfected under the Medicis in the 1500s.

Along with marine salt, pork seasonings include pepper, rosemary, garlic, juniper berries, fennel and even wine and vinegar. And while the process is governed by strict rules, the combination of ingredients is each producer’s well-kept secret. About 132,000 prosciutti are produced each year in Tuscany. When tasting, be sure the slices are hand-cut with a knife (the heat created by an electrical slicer alters the flavour) and eat immediately.

Cacio, as it is known, is the only cheese in the region to receive the DOP mark, though Italy’s inhabitants have long recognized this staple of Tuscany cuisine as a superior product, from the Romans to the poets of the 18th century (who wrote about the Tuscan sheep cheese). The fields of the Crete Senesi, just to the south and west of the Val di Chiana, make for perfect grazing for the sheep. The large wheels—fresh or aged, some under ashes, truffles or even tomatoes to alter the flavour—must have a diameter of no more than 22 centimetres and no fewer than 15, and a thickness not exceeding 11 centimetres nor less than seven.

Try it at home:

A fantastic way to savour pecorino is to cut a slice of the semi-aged cheese, put it on a plate with fresh pear slices and drizzle honey over top. The combination is out of this world!

Back to The Slow Road Blog
Photography credit: Banner image via Pug Girl