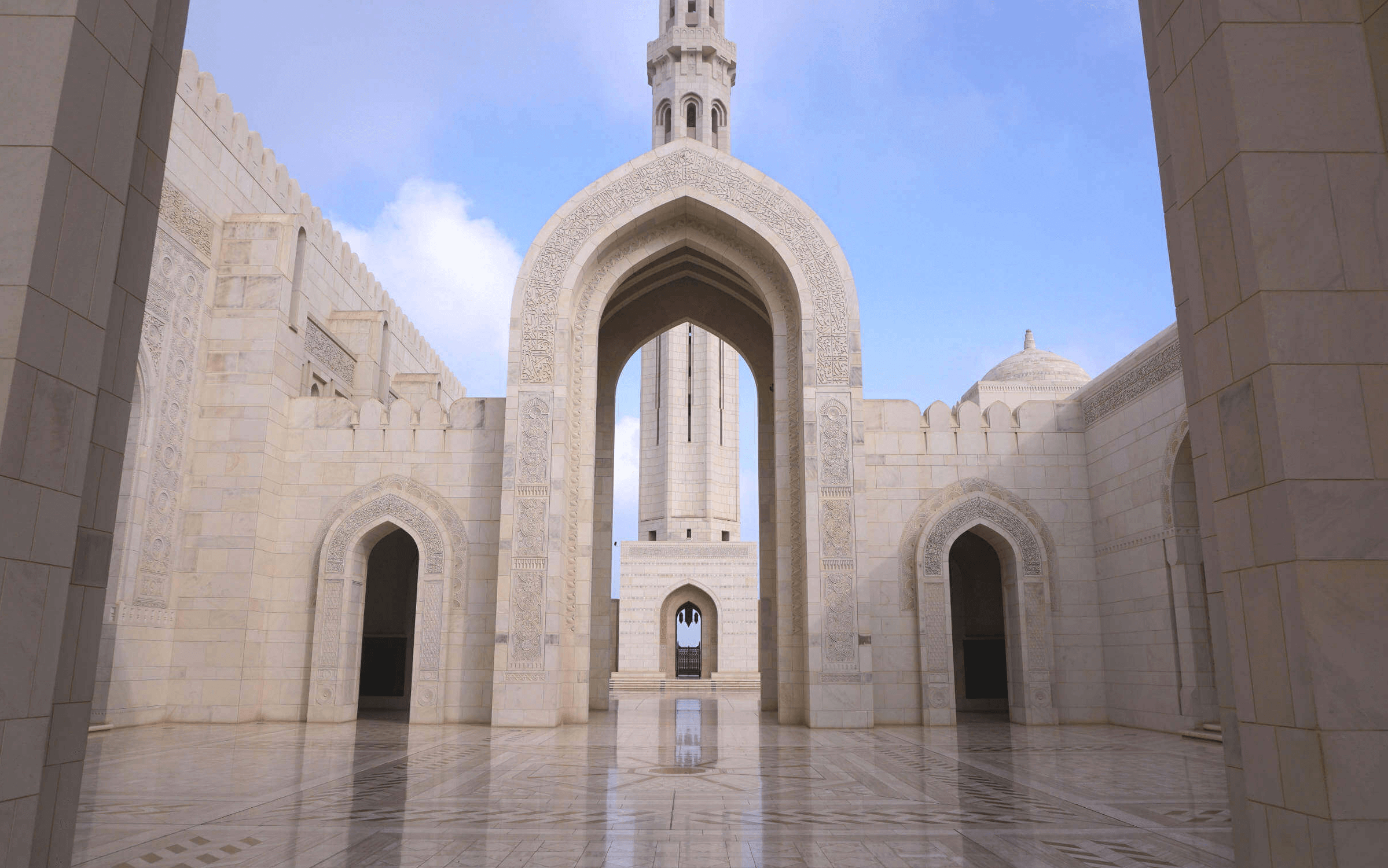 In Deep: A (Brief) History of Islam in Oman

Oman is an undiscovered gem of a country. Utterly unlike the glittering towers and artifice of neighbouring Dubai (just two hours away), it maintains the perfect balance of calm and tranquility. While the capital of Muscat is no stranger to development, when you begin to explore the country itself, you’ll find a unique juxtaposition between lush wadis (oases), rugged red cliffs, blindingly white beaches and the peaks of the Jebel Akhdar, the Green Mountain.

Historically, Oman embraced Islam during the life of the prophet Mohamed. Most Omanis (about three-quarters of the country) belong to the Ibadi Muslim faith—meaning they are followers of the Abd Allah ibn Ibad—but there are some Shia and Sunni Muslims as well. Oman is the only country in the Muslim world with an Ibadi-majority population.

Ibadism is an offshoot of the Kharijite movement that began after the death of the Prophet Mohammed in 632 A.D., predating both the Sunni and Shia denominations. The Ibadis believe that the leadership of Islam should not be hereditary. Rather, they believe that the Imam is the spiritual and political leader of the community. The Imam is elected by the community and must possess high spiritual and personal qualities. The Imam is elected by a council of prominent laymen and sheiks. Ibadism is a minority religion and Oman’s adherence to it has played a role in its historic isolation.

The five pillars of Islam are:
• Believe in God and profess that there is no other God but Allah
• Pray five times a day facing Mecca
• Fast for the Holy Month of Ramadan
• Help the poor and the needy
• If possible, go on a pilgrimage to Mecca (hajj) at least once in your lifetime

The Grand Mosque in Muscat

Made from marble imported from Italy and Iran, the Sultan Qaboos Grand Mosque took about six years to build. The dome is a staggering 50 metres tall. But one of the most impressive things in the mosque is the woven carpet, which weighs 21,000 kg and covers 263 square metres. It took 600 weavers in Iran over four years to make. Sultan Qaboos Grand Mosque was inaugurated in May 2001.

Nizwa has long been an important town in Oman, with a history dating back to at least the 6th century. It was one of the first towns in the region to experience the spread of Islam, and has been considered religious and conservative in nature ever since. Nizwa has long been important for its strategic position at the centre of the copper and frankincense trade. Frankincense has been traded as long as 7,000 years ago in Oman, and was indeed more valuable than gold in ancient times.

Located on a large natural harbour on the east coast of Musandam, this city straddles both Oman and the UAE, and has been a settlement since the pre-Islamic area. The city now comprises three distinct districts: Dibba Bayah (Oman), Hisn Dibba (Sharja), and Dibba Muhallab (Fujairah).

Dibba is a bit of a sleepy town today, but 1,400 years ago it was the sight of major resistance, and is famous in Islamic history as the sight of one of the great battles of the Ridda Wars. After the death of the prophet Mohammed, the armies east of Mecca had to establish themselves throughout Arabia. Caliph Abu Bakar sent the armies in 632 A.D. after the Adz troops in the region did not swear allegiance to the descendants of Mohammed. In and around Dibba, there are over 10,000 headstones marking the burial sites of the dead from a battle between the two forces. The battle took place in 633 A.D. and is traditionally considered to mark the end of the Muslim conquest of Arabia.